Djokovic and Tommy Paul through to Australian Open semis Serbia’s Novak Djokovic has reached the semi-finals of the Australian Open after defeating fifth seed Andrey Rublev in a dazzling display.

The nine-time champion will play American Tommy Paul in the last four on Friday. Paul defeated Ben Shelton to reach a major semi-final for the first time in his career.

Novak Djokovic is through to the semis after defeating Andrey Rublev. Photo/ Tennis World.

Novak Djokovic demolished his Russian opponent Andrey Rublev 6-1, 6-2, 6-4, to book a place in the Australian Open semi-finals. The Serbian equalled the record of former coach Andre Agassi with his 26th victory in Melbourne.

Andrey Rublev is known for having one of the most powerful forehands in tennis. However, he clearly had no chance against Djokovic, who frustrated him with continuous and precise returning.

Djokovic aimed at Andrey’s forehand with venomous returns and took a 3-1 lead in the first set after the Russian double-faulted on break point.

Djokovic was annoyed by a heckler during the sixth game, but that did not disrupt his momentum as he took a 5-1 lead. The 35-year-old did not look happy and had a frank exchange with coach Goran Ivanisevic at the start of the second set.

He won the next seven points to move a break ahead and take control before a roar was heard after he fought off two break points for 4-2.

Andrey’s annoyance was clearly evident as he was broken in the first game of the third. Djokovic served out victory to book a spot in the semi-finals against Tommy Paul.

“I could not be happier with my tennis. I’m playing solidly from the back of the court and love these conditions. I’m going to keep going. I think it’s important to be smart and wise with the body in these circumstances where it’s more important to recover and get ready for the next challenge.” Novak Djokovic said after the game. 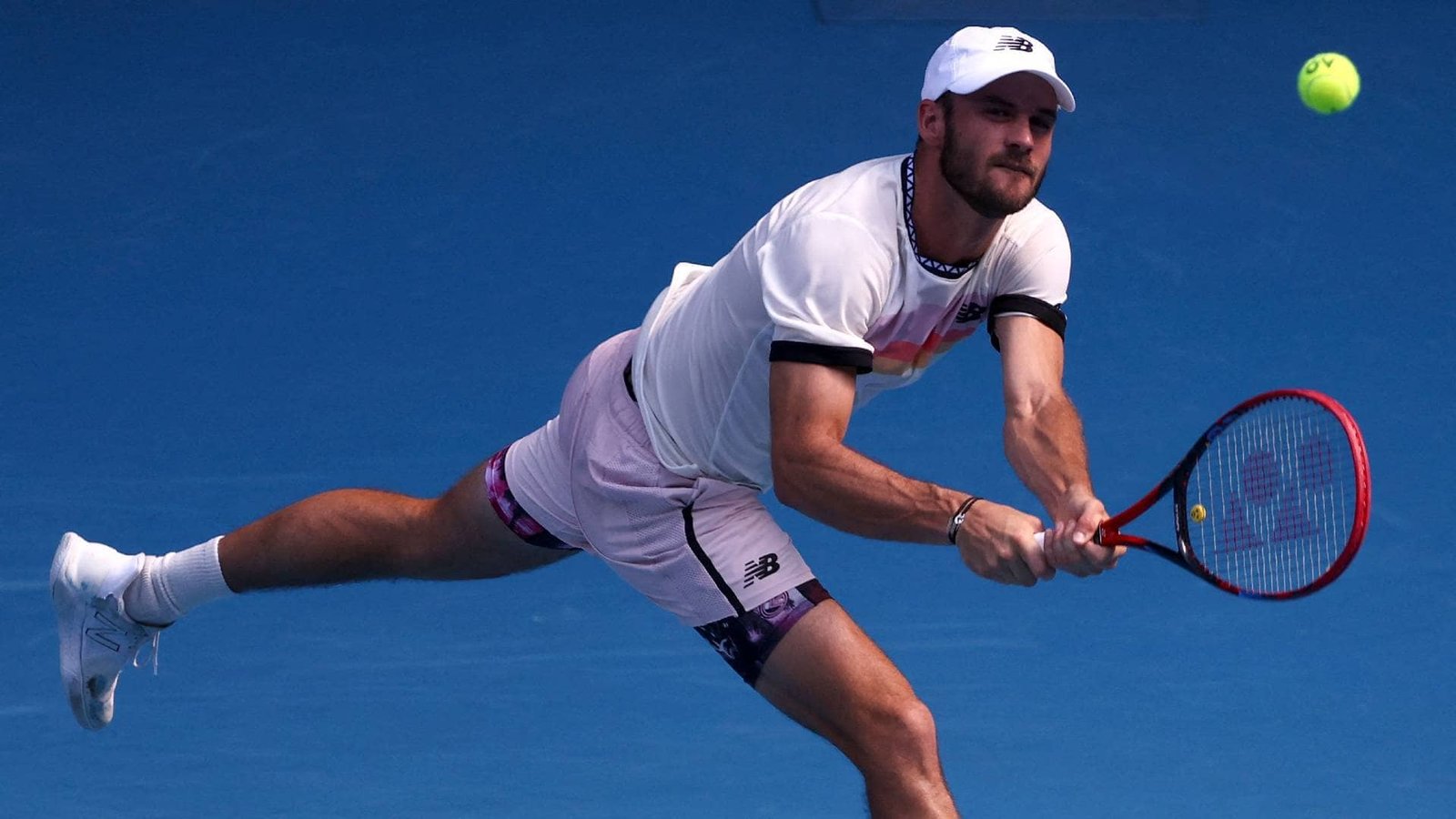 The 25-year-old held his nerve to defeat Ben Shelton 7-6(8-6) 6-3 5-7 6-4 at Rod Laver Arena. He joins Frances Tiafoe and John Isner as the only active American men to have reached the semi-finals of a major.

Speaking after the match, Tommy said that he is excited to be in the semis.

“Yesterday, I was doing a lot of interviews where I was asked how it feels to be in the quarters, but the semis sound better. I’m pumped to be here and excited to play in the next round. Doing well in a Grand Slam is everyone’s dream.” Sky Sports quotes Tommy Paul.