Wilfred Benitez, the youngest boxing champion in history, is a member of one of Puerto Rico’s most famous boxing families.

He is considered among the best Puerto Rican boxers of all time, alongside the likes of Carlos Ortiz and Hector Camacho. Wilfred Benitez was inducted into the International Boxing Hall of Fame in 1996.

During his boxing days, Wilfred was known for his exceptional defensive skills and aggression in the ring.

Benitez became the youngest boxing champion on March 6, 1976, at the age of 17, after defeating Antonio Cervantes.

The champion was 30 years old when he faced Benitez. He had made 10 title defences and had a professional boxing record of 74-9-3. He had won 35 of his fights via knockout.

The result of the match was a fifteen-round split decision, which went in favour of Wilfred Benitez. The future boxing hall of famer went on to defend his title three times before moving up to the welterweight division.

Wilfred Benitez was born to his father, Gregorio Benitez, and his mother, Clara Benitez, on September 12, 1958, in New York City.

Benitez turned pro at the age of 15 and was managed by his father. His brothers, Frankie and Gregory, were also boxers who competed in the 1970s.

Wilfred learnt how to box by watching his brothers and other renowned local boxers train at a gym in New York.

As a young boxer, Wilfred was nicknamed The Radar since he could foresee and then successfully dodge his opponent’s punches.

The WBA and WBC, who were the only world-title-recognizing organizations during those days, ranked Wilfred among the best boxers in the world.

Wilfred Benitez made headlines when he defeated Antonio Cervantes to become the youngest boxing champion, a record he still holds up to date.

Benitez won the historic fight by unanimous decision. He successfully defended his title in the next fight against Roberto Duran.

Benitez lost his title to Thomas Hearns on December 3, 1982, in New Orleans. After the loss, Benitez’s boxing career started to decline. He lost the majority of his fights until late 1990, when he retired.

Life became difficult for Wilfred Benitez after ending his boxing career. World Boxing Council provided a $200 monthly pension for Benitez, who lived with his mother in Puerto Rico.

The youngest boxing champion suffered from an incurable brain condition as a result of the blows he received during his boxing days.

He was moved to a nursing home because of medical reasons in 1997. He was diagnosed with diabetes in 2004.

Wilfred’s sister began taking care of him after their mother passed away in 2008. They moved to Chicago in 2018 hoping the legendary boxer would receive better health care. 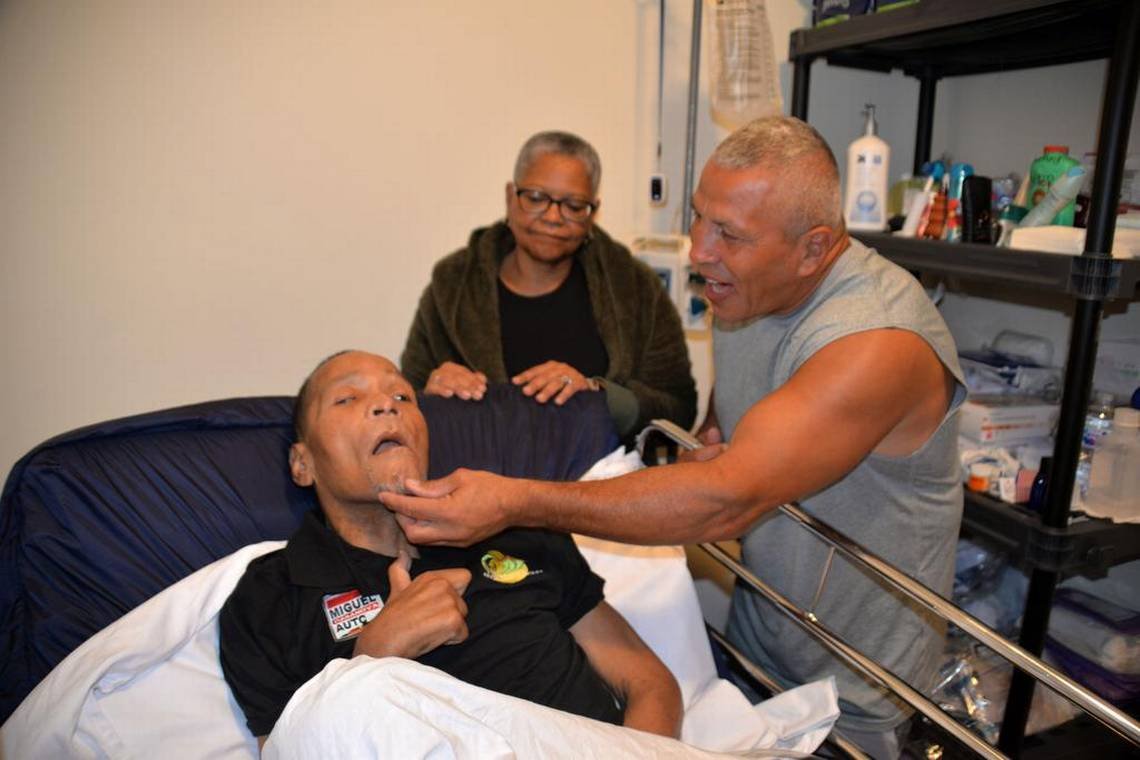