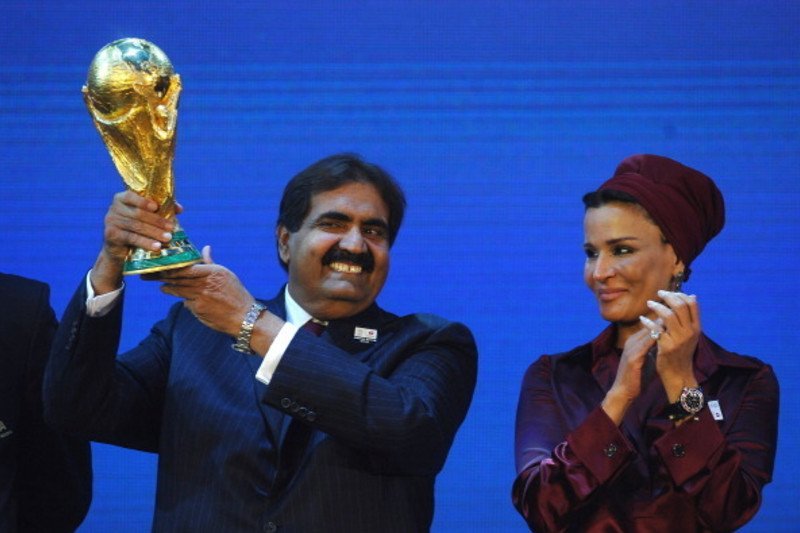 Qatar is one of the smallest sovereign states and is hosting the 22nd edition of the FIFA World Cup, one of the World’s most prominent men’s football tournaments. Qatar is one of the smallest sovereign states. Photo/britannica.com/

Qatar is relatively new to this international football stage after playing its first official match in 1970. Its national team is participating after failing to qualify through the FIFA usual means.

FIFA, the football sport’s governing body, permits a host nation to participate even without going through the qualifying rounds, which means the tiny Gulf state will now test itself against the best in soccer.

On 29 October 2007, FIFA announced that it would not continue its continental rotation routine. Instead, they implemented the new host selection policy during the 2006 FIFA World Cup, citing several changes allowing any country to bid for a world cup host, provided the continental federation has not hosted the two past World Cups.

For the 2018 World Cup bidding process, South America and Africa were locked out of the bid.

How was Qatar selected?

FIFA’s system has evolved from time to time. The World Cup host country selection is through voting, whereby FIFA’s Congress engage in an exhaustive balloting system.

FIFA made the 2022 FIFA World Cup tournament host selection simultaneously with those in the 2018 tournament.

After a rigorous voting process, Qatar won in all four voting rounds, with Australia, Japan, and South Korea eliminated.

After the first voting round, Qatar already had many votes as its three rivals combined, Japan, Australia, and South Korea, was discarded in succession from the voting ballot.

Qatar then continued to gain more votes, and in the end, the United States lost the bid 14-8.

Also, the decision made it the smallest country geographically to host the World Cup. Eight stadiums are hosting the event across five cities in Qatar: Lusall, Al Rayyan, Al Khor, Al Wakrah and Doha.

How did Qatar get it?

How did it happen? Qatar a country with less than two million people hosting the FIFA World Cup 2022.

One of FIFA’s justifications for giving Qatar the world cup hosting rights was arguably the ability to hold the tournament in a new region.

Since the inauguration World Cup has not been held in Islamic countries, this is giving Islamic Qatar a chance to explore and celebrate the game at hand.

However, this raises problems for organizers, tasking them with a task to tackle. For a long time, drinking alcohol has been a significant part of the football experience of such tournaments.

FIFA has vowed to make Qatar 2022 the first carbon-neutral World Cup, as the soccer’s governing body continues with its mission of making the sport friendly to environmentally.

It, together with Qatar, agreed on offsetting the carbon emissions by adopting green projects and buying carbon credits common culture adopted by businesses to “kick out” the impact of a carbon footprint.

Qatar, now the largest emitter per capita of carbon dioxide, promised to keep low emissions and eliminate carbon from the atmosphere, which the tournament produced by investing in projects that capture the greenhouse gases.

Salima Mukansanga, Yamashita Yoshimi, and Stephanie Frappart were listed among the 36 world cup to officiate the tournament.

They will be joined by Karen Diaz Medinay, Neuza Back, and Kathryn Nesbitt of America, who travelled to the Gulf nation as an assistant.

Frappart is arguably one of the most famous names on the list after she wrote her name into the history books in 2020 by emerging as the first woman to take charge of a men’s Champions League match.