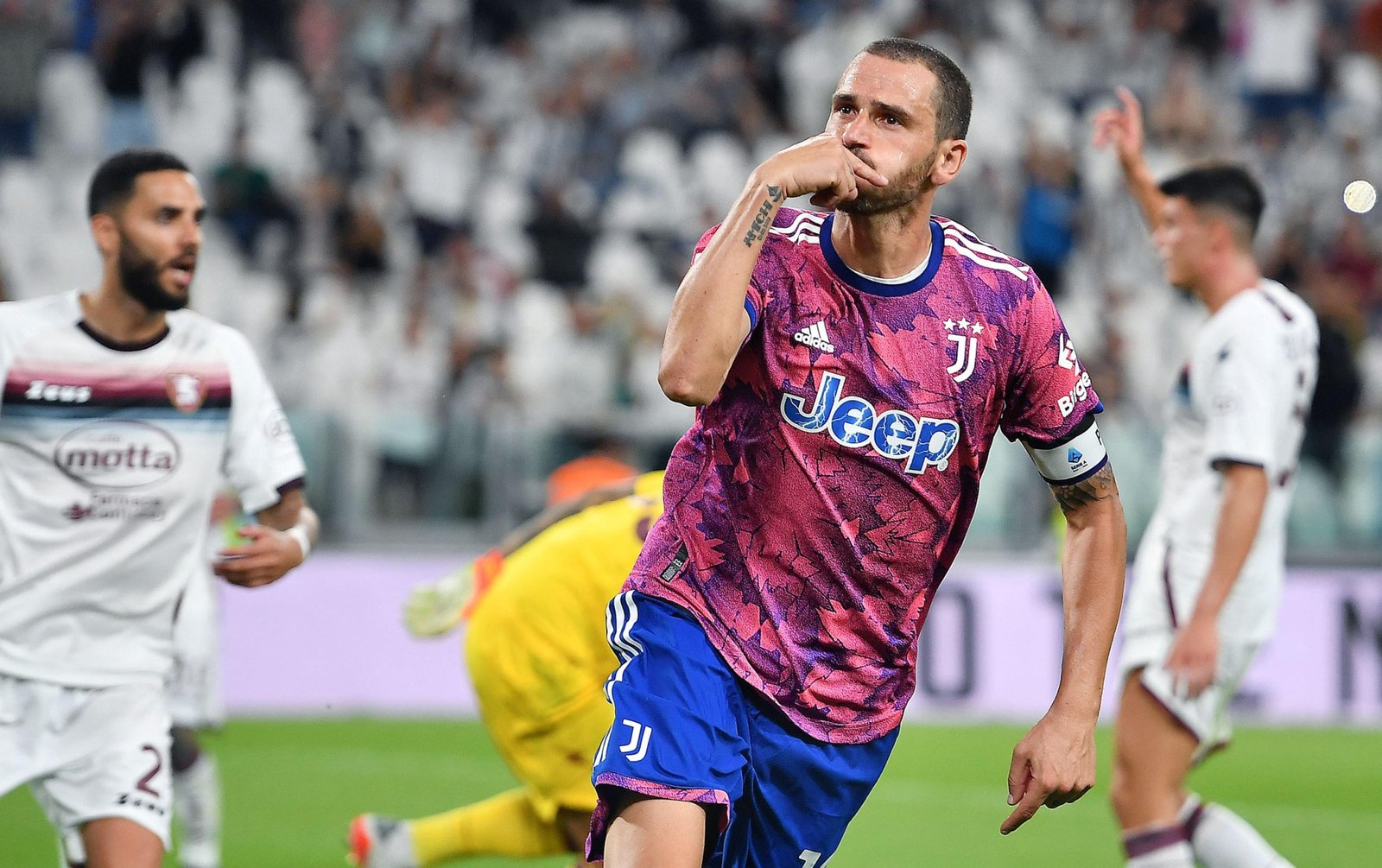 Juventus came behind from being two goals down to salvage a 2-2 home draw against Salernitana in a Serie A match that saw three red cards dished out after a potential winner for the hosts was ruled out by VAR deep into stoppage time at the Allianz Stadium.

Antonio Candreva scored against his former side to put Salernitana in front, before Krzysztof Piatek stuffed home a penalty to give the visitors a 2-0 lead at half-time.

Bremer’s powerful header halved the visitors’ advantage and Leonardo Bonucci scored the rebound from his own missed penalty to equalise in the 93rd minute – but that was not yet all. 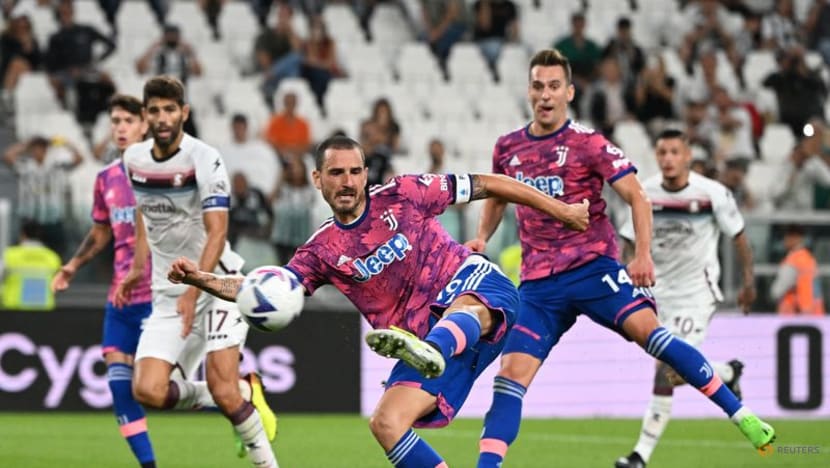 Juventus defender Leonardo Bonucci scored the equaliser in the stoppage time to salvage a 2-2 draw for Juventus against Salernitana in the Serie A. | PHOTO: Getty Images |

There was more drama to be witnessed, though, as Arkadiusz Milik thought he had netted a 94th minute winner, only for it to be chalked off by VAR for offside. Before that, he received a red card for his celebrations – a second yellow for removing his shirt, while Juan Cuadrado, Salernitana’s Federico Fazio and Juve head coach Massimiliano Allegri were also dismissed for their roles in a massive melee on the pitch after the Milik goal.

The visitors took a shock lead after 18 minutes when impressive work from Pasquale Mazzocchi down the left led to him pointing out Candreva at the back post, who bundled the ball into the back of the net. 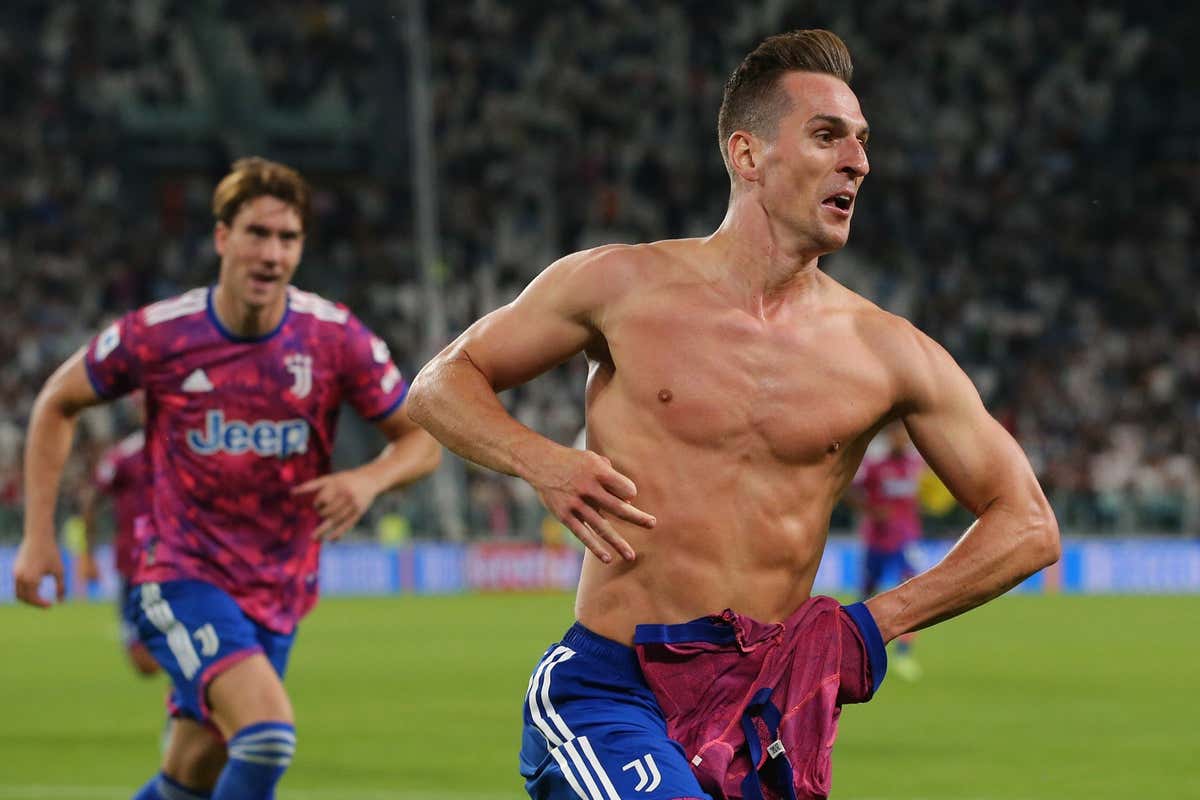 Juventus forward Arkadiusz Milik celebrated with his shirt off asfter scoring against Salernitana but the goal was disallowed and was shown a red card in the Serie A clash. | PHOTO: Getty Images |

Salernitana made it 2-0 in first-half injury time after a penalty was given for a Bremer handball, Piatek stepping up to stroke the spot-kick into the bottom right corner.

Bremer halved the deficit six minutes after the interval, when he sent a brilliant header crashing into the back of the net, but it took until the 93rd minute for Juventus to find an equaliser.

Tonny Vilhena felled Alex Sandro in the box, and though Bonucci’s initial penalty was saved, he slammed home the rebound to make it 2-2.

Juventus thought they had won the game when Milik headed home from a corner, but the goal was ruled out for offside, and the striker received a second yellow card for his celebration despite the goal not counting.

Cuadrado and Fazio were then sent off for a scuffle, while Juve boss Allegri also saw red for his part in the commotion, before the referee eventually blew his whistle to end the chaotic proceedings.

Juventus dominated the game with 61.1 per cent of the possession and 22 shots compared to Salernitana’s 11, but it took until injury time for them to level the game up.

They remain unbeaten in Serie A and are in eighth place in the table, while Salernitana stay in 10th. The result meant Allegri’s men crucially lost pace with Napoli, Atalanta and Milan, who are all unbeaten and sat joint-top on 14 points.

Juventus will next be in the UEFA Champions League action as they host Benfica on Wednesday, while Salernitana’s next match comes against Lecce in Serie A on Friday.