Regragui confirmed as Morocco coach ahead of World Cup 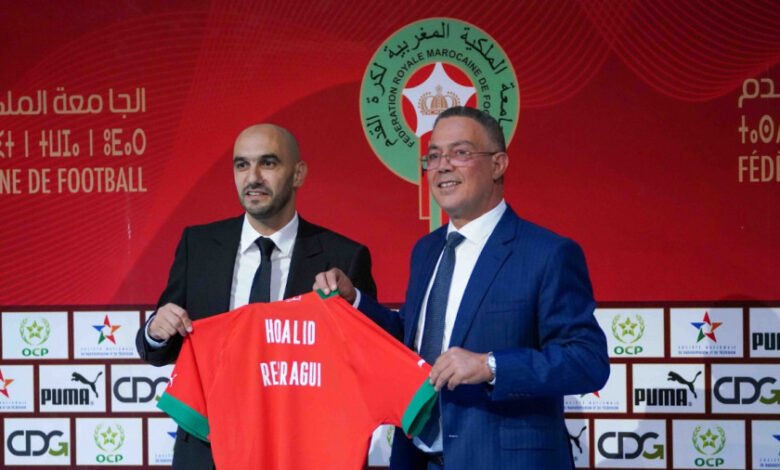 Morocco have officially name Walid Regragui as the new Atlas Lions head coach following the sacking of Valid Halilhodzic ahead of the FIFA World Cup.

Despite helping Morocco qualify for the World Cup with a resounding victory over DR Congo, Halilhodzic was relieved of his duties after mutual agreement due to tensed relationships he had with some of the senior players.

And now, the home grown Regragui, 47, a former Moroccan international will take the Lions to the World Cup.

Born in Corbeil-Essonne, in the Southern suburbs of France, Walid Regragui, 46, started his career playing for several French clubs including Toulouse, Ajaccio, Dijon and Grenoble, He earned his caps for the Moroccan national team as well.

After retiring from football, Regragui began his coaching career as an assistant coach with the Moroccan national team in 2012-2013 under Rachid Taoussi. He went on to become the head coach of FUS Rabat until 2020 when he moved to Qatar to coach top tier side Al Duhail.

Took over as Wydad coach

In August 2021, he returned to Morocco and took over as the head coach of Wydad Club Athletic, helping them to the league title as well as the CAF Champions League in his maiden campaign.

“We are all behind Regragui in his new mission at the head of the national team, and we wish him good luck. We trust in his abilities and we are happy to appoint one of our own. We are expecting good results from him,” Moroccan Football Federation (FRMF) president Fouzi Lekjaa said during the unveiling. 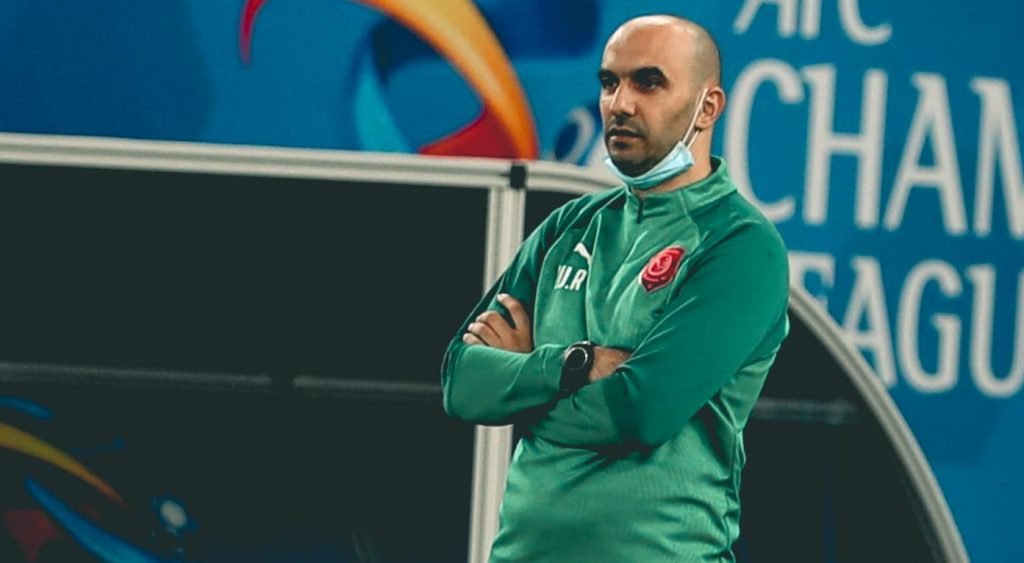 Walid Regragui in a past match. PHOTO/CAF

He added; “We want to do great things and we’ll give our all to make you happy. Our focus now is on the World Cup and we want to ensure we do well.”

The youthful tactician will become the first Moroccan national to lead the Lions of the Atlas since 2016. At the World Cup, Regragui will be seeking to repeat Morocco’s success of 1986, when they became the first African team in history to reach the round of 16.

Morocco have been drawn against Croatia, Belgium and Canada in Group F.

Happy to be coach of Morocco

“I am happy and pleased to get this opportunity to coach Morocco and I want to promise that we will do our best to ensure the team performs. The focus is the World Cup and we will start preparation immediately,” the coach said.

He added; “The national team is open to everyone who has a Moroccan passport. As long as you can prove to be the best we will consider everyone in the team. We want to build a strong team.”

His predecessor Halilhodzic was always walking on broken glass and it was just a matter of time before a decision was taken on his future due to run ins with several high profile players, top of the list being Chelsea’s Hakim Ziyech.

Problems started when the Bosnian tactician excluded from the 2021 Africa Cup of Nations squad, accusing the player of a ‘bad attitude and feigning an injury’.

The decision did not go down well with the former Ajax star who then vowed never to play for his country again as long as the coach was still in charge.

Halilhodzic also fell out with Schalke 04 midfielder Amine Harit and Bayern Munich full-back Noussair Mazraoui before recalling them into the squad ahead of June’s 2023 Africa Cup of Nations qualifiers.

Regragui’s first task will, therefore, be to repair the damaged relationships, including recalling Ziyech into the squad.