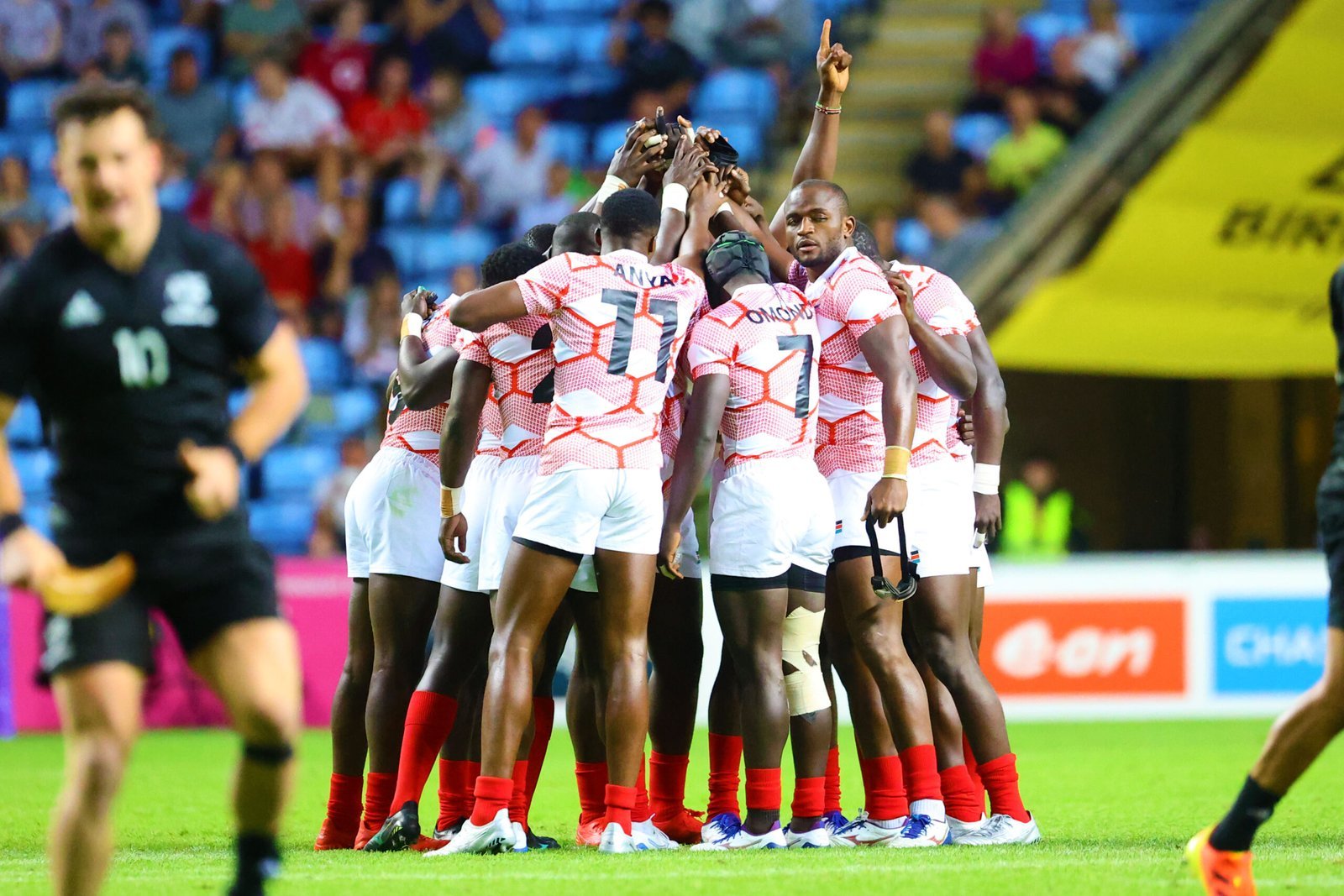 Shujaa bounced back from their opening loss to Samoa to pick back to back wins and progressed to the last eight, where they will face off with Australia.

Getting into the final tournament of the season, the Kenyan boys were determined to make a mark but started off on a sour note, going down 33-14 to Samoa in the first Group D match.

Sharper Shujaa in the second half

In the second half, the team came back more determined and looked sharper. Daniel Taabu sparked a mini revival after the restart for Shujaa, scoring from a quickly taken penalty before setting up Willy Ambaka for a second try that brought the side to within five points of Samoa following two Sammy Oliech conversions.

However, their hopes of pushing for a complete comeback were thwarted when Paul Scanlan and Taunuu Niulevaea crossed over twice for the Samoans with Matavao’s conversion sealing the win for the Samoans.

Despite the setback, Shujaa regrouped and managed to win their second match, seeing off England 19-14. Ambaka got the scoring underway, touching down Sammy Oliech converting before Billy ‘The Kid’ Odhiambo scored his landmark 100th World Series try to give Shujaa a 12-0 lead at the halftime break.

In the second half, Ambaka crossed over for his second of the game and Oliech converted for a 19-0 lead. However, Shujaa had to sit tight in the final minutes of the game as England scored two converted tries.

Odhiambo and Kevin Wekesa were sent to the sin bin each once and England managed to squeeze back through a penalty try from the late tackle that resulted in Wekesa’s sending off.

England added another when Tom Mitchell converted Charlton Kerr’s try at the death but Shujaa held on for the win.

The team then cemented their place in the Cup quarters by winning their second match, a 20-10 victory over Scotland, earning revenge from their loss in the Commonwealth Games.

The Scots drew first blood through Kaleem Barreto’s unconverted try but Shujaa stayed in touch, Skipper Nelson Oyoo crossing over to tie the scores at 5-5.

But Scotland fought back to get into the lead, when Robbie Ferguson dotted down, but Alvin ‘Buffa’ Otieno levelled the scores at the break after picking off from an Oliech offload.

In the second half, Shujaa came back breathing fire and Vincent Onyala added one ore try before Odhiambo scored his 101st try of the World Series to cement the victory.