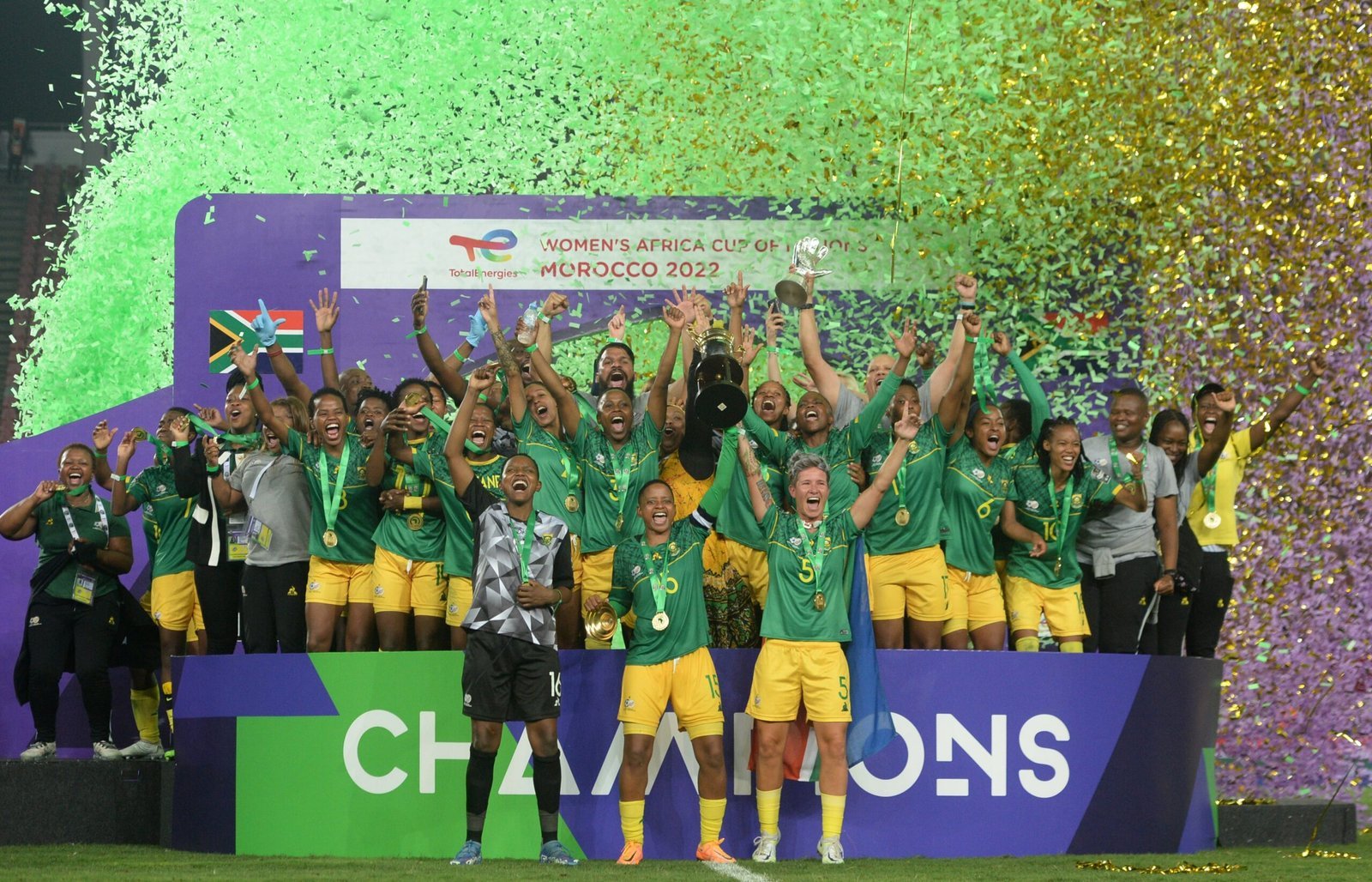 A second half brace from Hildah Magaia saw South Africa’s Banyana Banyana clinch the Women’s Africa Cup of Nations (WAFCON) title for the first time ever with a 2-1 victory over hosts Morocco in Rabat on Saturday night.

The Banyana Banyana were playing in the final for the sixth time but they finally found their luck, against a tough Moroccan side pushed on by a capacity partisan crowd at the Stade Prince Moulay Hassan.

“I am proud of the girls, proud of the work we have put in and proud that we have finally achieved this as a team. It was always tough to play against the home team but we did it. We have conquered Africa,” South Africa head coach Desiree Ellis said after the victory.

It was another crowning moment for the legendary tactician who just two days later had been named the best women’s coach in Africa at the CAF Awards.

Five previous finals for the Banyana 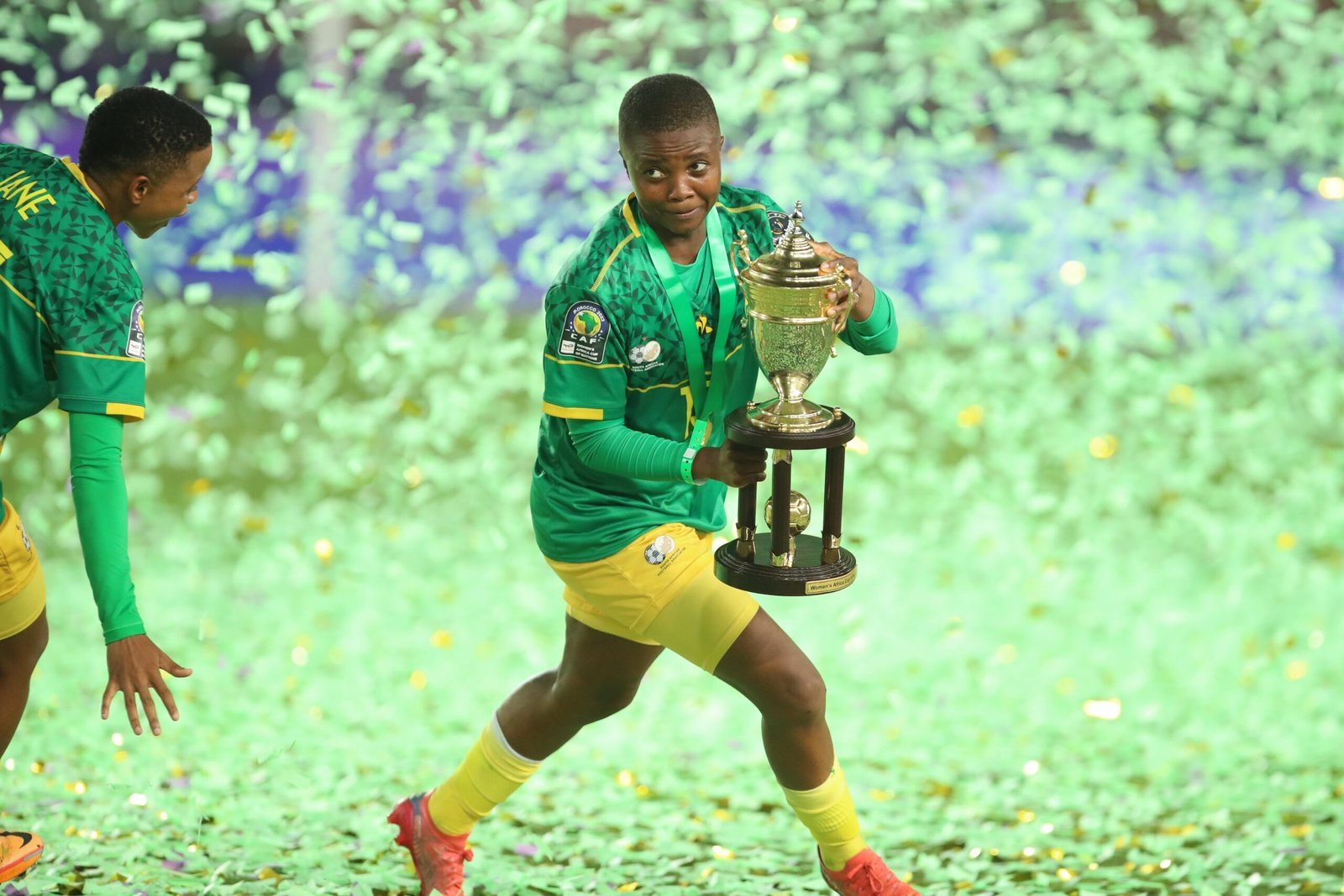 The South Africans had played the final in 1995, 2000 when they hosted it, 2008, 2012 and 2018 but always came short of clinching the title. Now, they did so in scintillating fashion under the Moroccan lights.

Banyana Banyana were determined to break the hoodoo of their previous five appearances in the final and took charge of the game with Magaia and Jermaine Seoposenwe combining effectively to cause problems for the Atlas Lionesses defence.

They were off to an attacking start from kick off and Hanane Ait El Haj had to clear off the line from a Magaia effort from inside the box. The hot shot striker had another chance when she ran into the box from a through ball but Moroccan keeper Khadija Er-Rmichi was quick off the line to block her effort.

Morocco were limited in their chances as South Africa took control of most of the play.

South Africa step up in the second half In the second half, they stepped up play an inch and they broke the deadlock after 63 minutes when Magaia had the simple task of just tapping in after Seoposenwe made light work of two defenders on the left before laying the inviting pass.

Banyana doubled their lead eight minutes later when Karabo Dhlamini’s cross from the left was met by Magaia’s simple tap-in to silence the sold out stadium which was on full blast volume.

The Atlas Lionesses restored some hope in the 80th minute when Tagnaout took advantage of a defensive error to intelligently set up Rosella Ayane who made no mistake from inside the box.

The home side launched several attacks into the South African area but the more experienced Banyana Banyana defenders were resolute until the final whistle to spark celebrations among the small number of travelling fans.

Morocco have come closest to the title, and this was their first time ever reaching this far. Before being the hosts of this tournament, the Lionesses who are coached by UEFA Champions League winning tactician Reynald Pedros had never even gotten past the group stages.

The two teams have also progressed to the FIFA Women’s World Cup to be staged in New Zealand and Australia next year alongside Bronze winners Zambia and Nigeria.