Shujaa out of medals after heavy loss to New Zealand 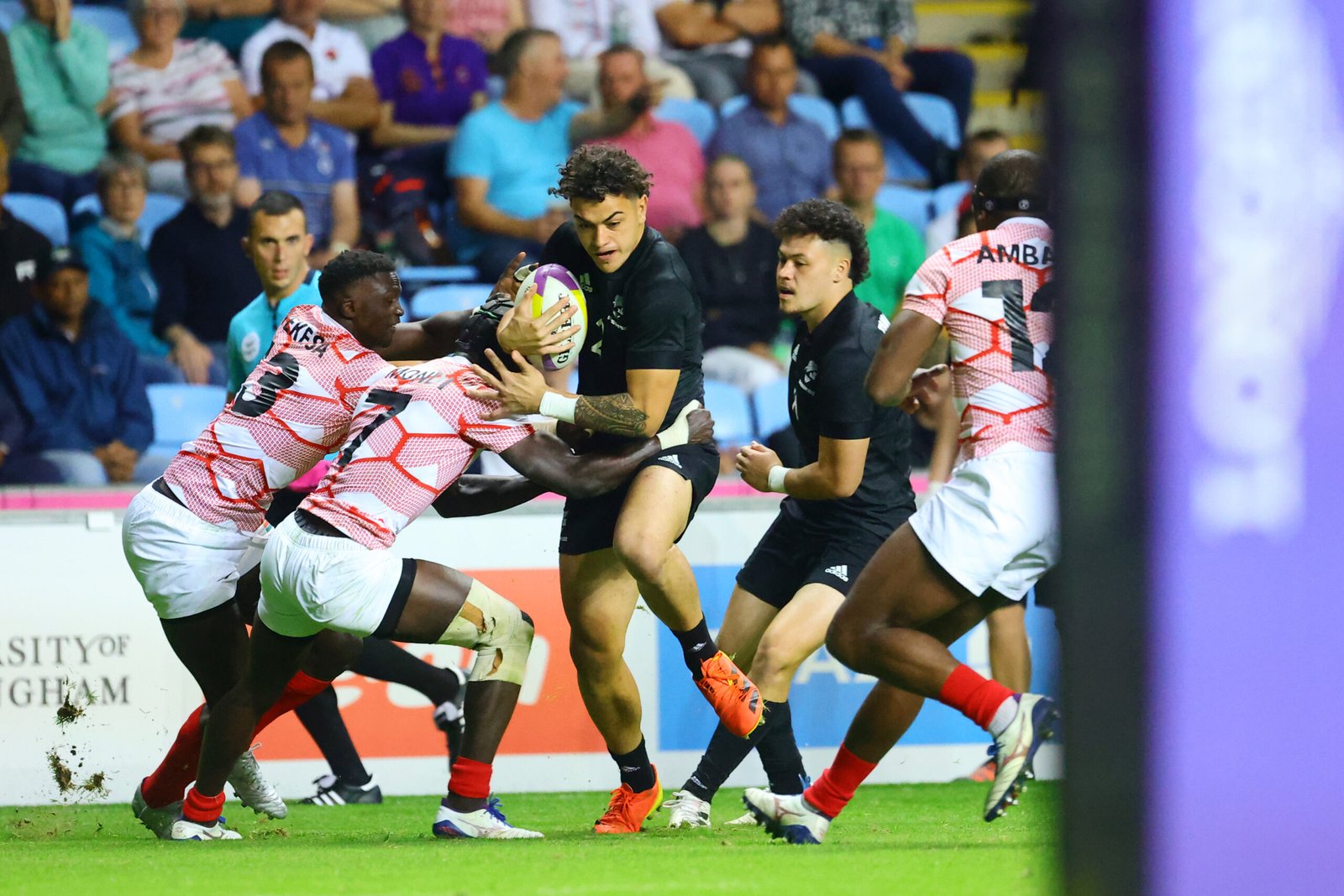 Kenya Sevens’ hopes of earning a medal at the Commonwealth Games in Birmingham, United Kingdom ended after losing their Cup quarter final 31-0 against New Zealand.

Shujaa were simply second class to the defending champions who ran in five tries and three conversions to pick up the massive win and keep their hopes of defending the title.

The Kenyan boys will now shift their attention to battling for a fifth place finish and they will take on Scotland in the semi-final on Sunday afternoon.

“It wasn’t a bad effort. I just think we ran out of steam at the end. We had a very physical first half and conceding tries either side of half time didn’t help us an inch. But  can’t ever question the attitude and effort of these boys. They threw everything on the line and at the end we were beaten by a better team. But it won’t happen again,” head coach Damian McGrath said after the match.

He added; “I have been only here for six weeks and this is a good effort. We are not miracle workers and we can’t just sprinkle magic. We have come so far in a short time, and now we expect to be quarter finalists on a daily basis.” 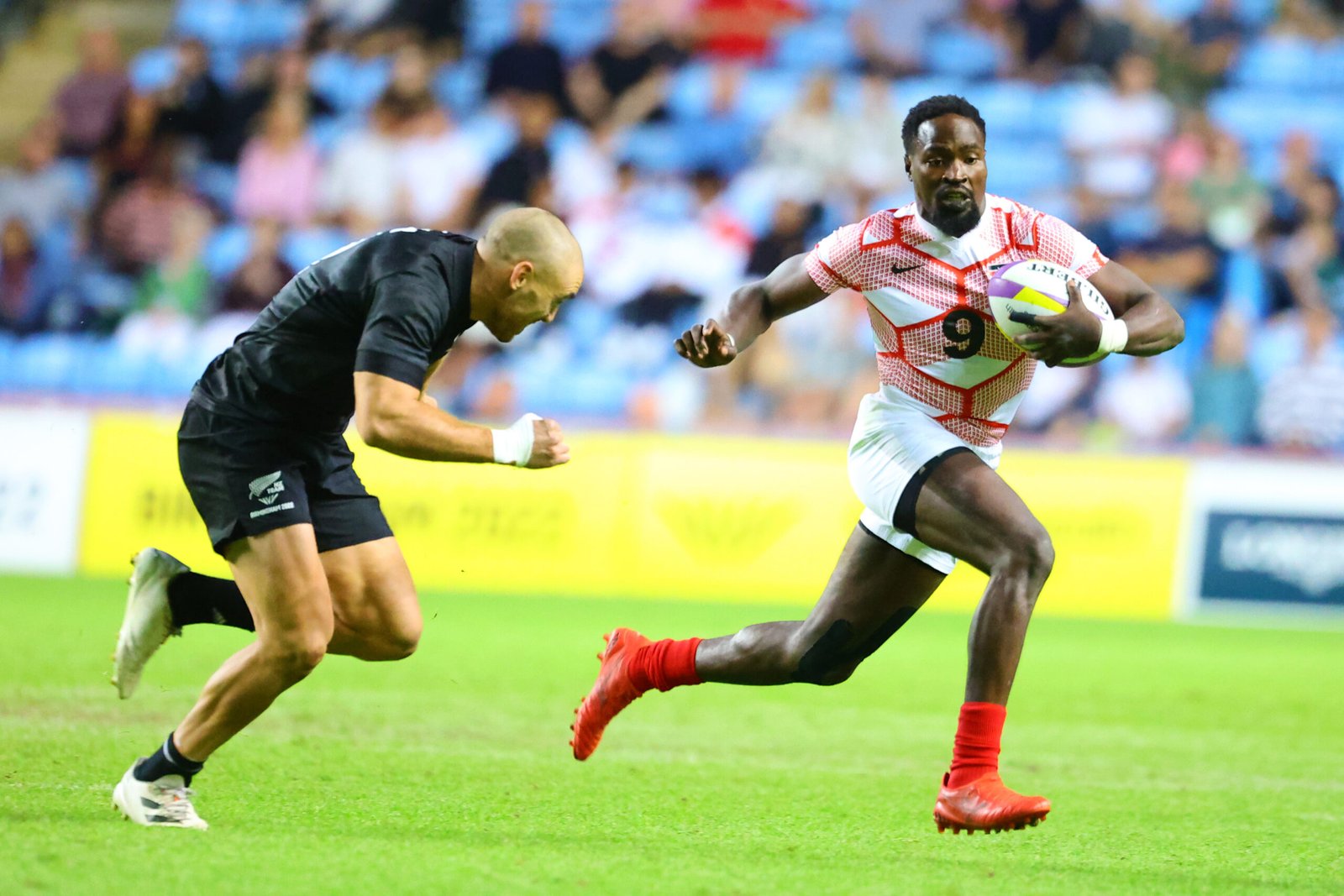 Skipper Nelson Oyoo was equally disappointed they couldn’t match up for a medal, but left with his head held high, knowing they gave their best.

“We came here aiming for a medal but unfortunately we went short. But now we pick it up against Scotland. We take the positives into Sunday. We can’t take away the effort from these boys. We started well but at some point lost structure, especially in the breakdowns. This is something we will work on because we now know where we are,” Oyoo said.

Against a tough All Blacks side, Shujaa started the duel well and managed to keep their structure, defending well under a very well oiled New Zealand side.

But they were caught out on the breakdown when Ngarohi McGarvey-Black dotted down the first try under the posts. The All Blacks had turned over possession and skipper Sam Dickson doing well to suck in four players into a tackle before offloading to the speedy Ngarohi, who ended up converting his own effort for a 7-0 lead.

Punished on the breakdown 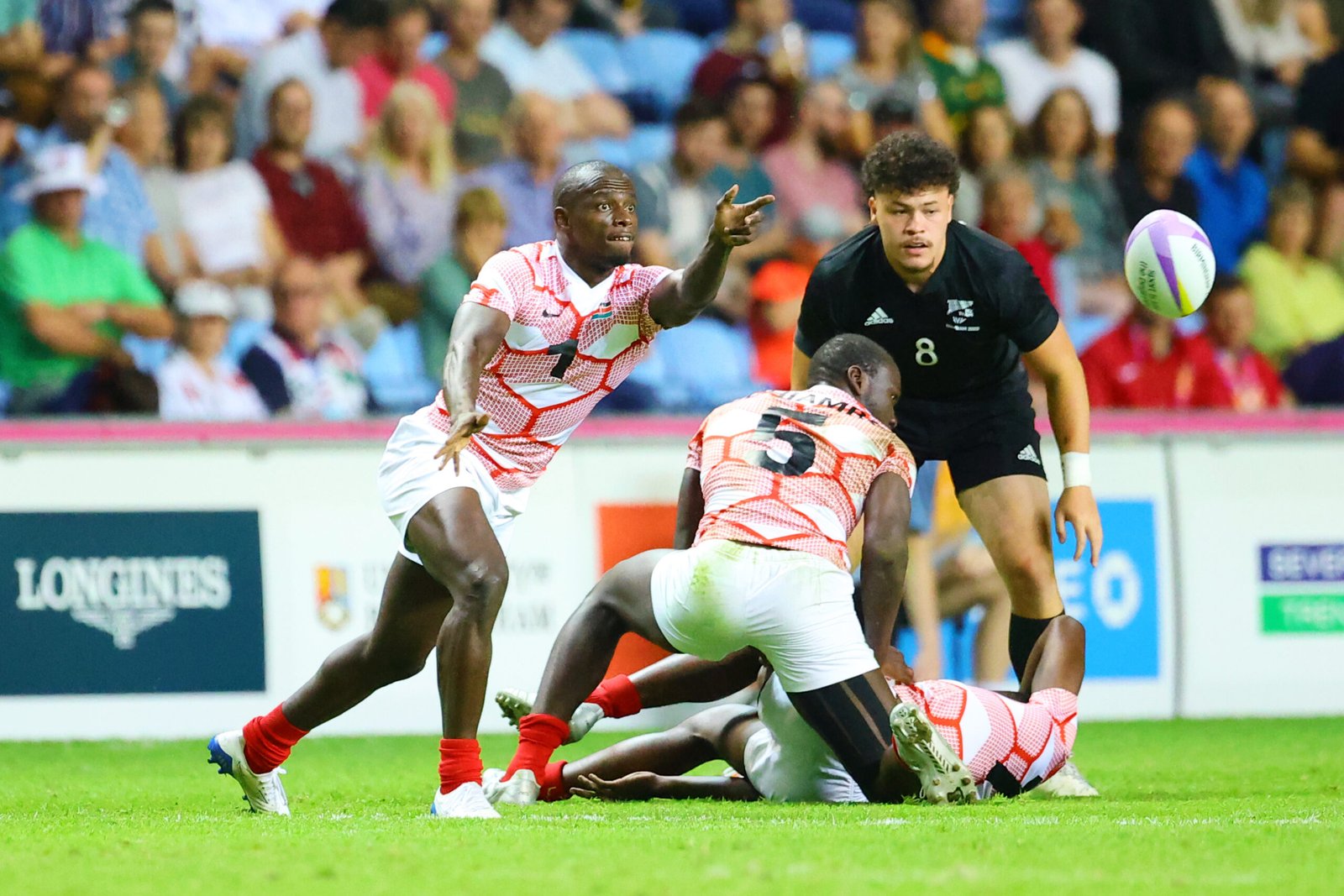 Kenya was punished once again on the breakdown when New Zealand won back the ball. Shujaa had retained possession after the hooter and were hopeful of striking a try to go level at the break, but it was the All Blacks who would score, a quickly started penalty seeing Regan Ware go over the whitewash.

In the second half, it went from bad to worse for the Kenyan side as Ware completed his brace after the ball was swing to his left off some patient build up, his pace and mazy legs finding his a pocked of space to extend into the try box.

Scott Currry added one more with Ngarohi converting for a 24-0 lead, before Dylan Collier added another off the same channel, the conversion slicing the posts once again as the holders remained on course for yet another final.