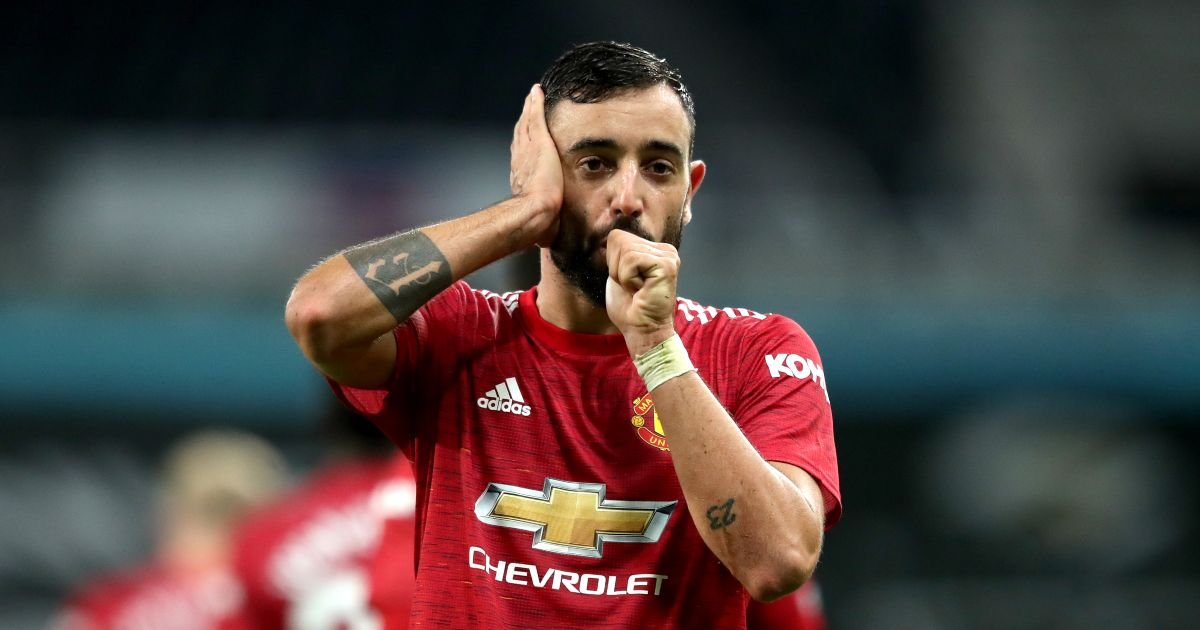 The Portuguese professional footballer plays in the English Premier League for Manchester United. He also represents the Portuguese national team in international competitions.

Bruno Fernandes is known for his penalty-taking and work rate on the pitch. The 28 years old playmaker is also a clinical finisher. 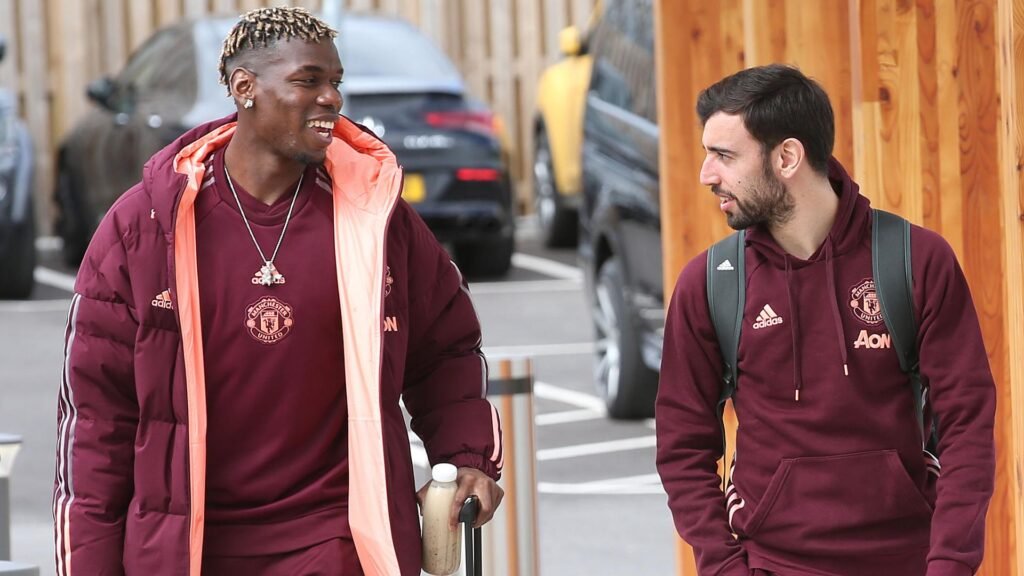 Manchester United signed the Portuguese playmaker in the 2020 January transfer window. The Red Devils paid a total of 45 million euros to Sporting Lisbon for the transfer of Bruno Fernandes.

Bruno Fernandes used to play football in the streets as a small child. He was frequently playing with his older brother, Ricardo, who was also a professional footballer.

Bruno joined Infesta football academy when he was just 8. He spent two years at the club, then moved to Boavista, where he played until 2012 and then moved to Novara, where he began his professional career.

Bruno Fernandes signed his first professional football contract when he joined Novara in 2012. The Portuguese midfielder spent one season with Novara making 23 appearances and scoring four goals. He was signed the following season by Udinese.

Bruno spent three seasons with the Italian club and then moved to Sampdoria in the same league. He played at Sampdoria for only one season, then moved back to Portugal, where he joined Sporting CP.

Top European teams spotted Bruno Fernandes’ talent during his time at Sporting CP. He helped Sporting CP win the Taca da Liga in his first season. Bruno was also one of Sporting’s best players during the 2018-19 season when they won the Taca de Portugal and defended the Taca da Liga.

The Portuguese playmaker joined Manchester United in January 2020. He proved to be a quality midfielder in his first game for the Premier League club.

The playmaker continued with his impressive form in the 2020-21 season when he helped Manchester United reach the finals of the UEFA Europa League. However, they lost the trophy to Villareal in penalty shootouts.

Bruno Fernandes started the 2021-22 season on a high note as he scored a hat trick in Manchester United’s first league game against Leeds United. However, things didn’t go well with him afterwards as Manchester United struggled to win games. 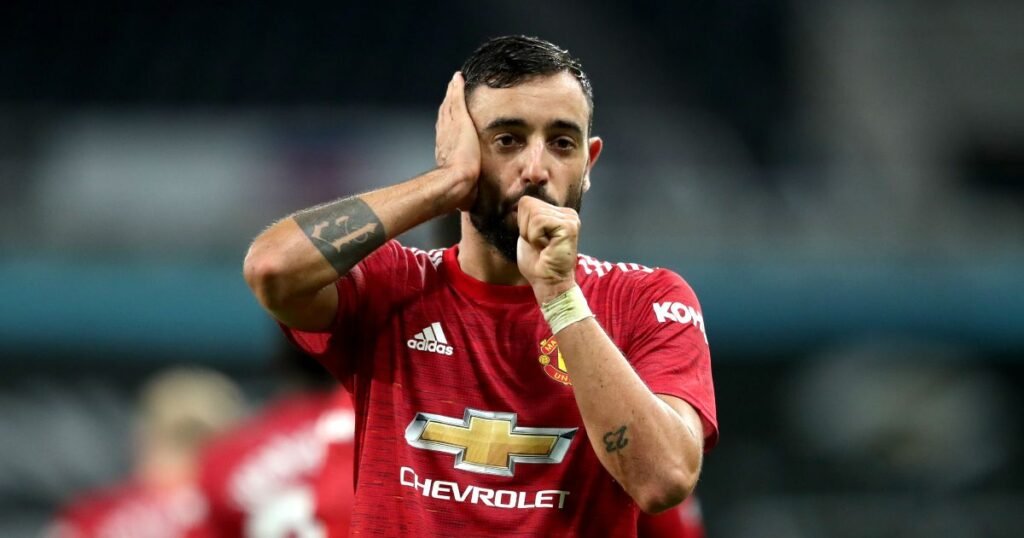 Bruno Fernandes is a married man. The Portuguese star married his childhood sweetheart, Ana Pinho, in 2015. Bruno and his partner have two children; Matilde (girl), born in 2017 and a son, Goncalo, born in September 2020.

Bruno has a signature goal celebration where he celebrates by covering both of his ears using his hands. Bruno revealed that the celebration is a tribute to his daughter, Matilde, who pretends not to hear him by covering her ears.

The Portuguese star has tattoos on both of his arms. The number 8 tattoo on his arm symbolizes his birthday, September 8. The tattoo is also a tribute to his father, who was a footballer and wore jersey number 8. The number 23 tattoo reminds him of when he first played for the Portuguese national team; he was 23. The F tattoo symbolizes his surname.

Bruno Fernandes has a long-standing friendship with Raphinha of Leeds United.

What is Bruno’s net worth?

Bruno Fernandes has a net worth of $9 million.

What is Bruno’s new salary at Manchester United?