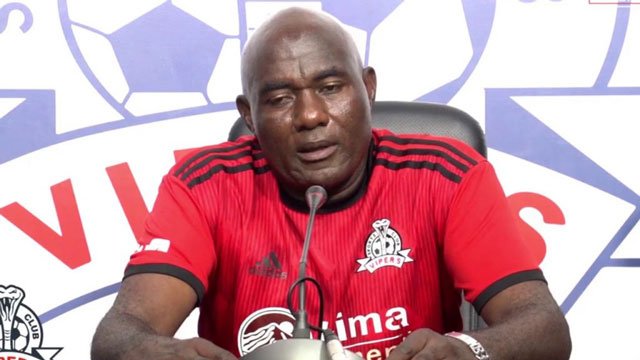 Fred Kajoba has congratulated his former side Vipers SC upon winning the 2021/22 season but believes the lack of experienced coaches made it so easy for the Venoms. The Venoms have been head and shoulders above the rest winning the league with four games to spare and leading second-placed KCCA by 15 points.

“Congratulations to Viper’s well-deserved winners,” Kajoba told scribes. “They have been the best side in the division by far,” he added.

“But they had no competitors, especially after the league didn’t have as many experienced coaches to counter Vipers.”

Kajoba, a league winner with Vipers in 2019/20 says that the absence of coaches like Sam Ssimbwa, Mike Mutebi, Wasswa Bbosa and himself, all-league winners meant the competition was lowered.

The Uganda Cranes goalkeeping coach also had no kind words for some tacticians who he described as not ready to lead big teams but hypocritically fought others behind their backs.

“I won’t mention names but those coaches now understand it’s not easy as they thought.”
Meanwhile, Kajoba picked Alex Isabirye and Paul Kiwanuka as the best coaches this season and BUL FC goalkeeper Emmanuel Kalyowa as his best goalkeeper.

Hundreds of fans turned out on Saturday as the 5th edition of the Busoga Masaza Cup kicked off at the St Gonzaga Gonza playground in Kagoma, Buwenge Town Council in Jinja District.
Kyabazinga William Nadiope thrilled his subjects with a pre-match football juggling session as he presided over the opening match between Buzaaya and Bumble.
The well-attended match saw Butembe scrape to a 1-0 win late in the second half through Kalulu Magomba.
“We have been sponsoring a similar tournament in the Tooro Kingdom and are looking forward to a wonderful competition in this year’s Busoga Masaza Cup,” MTN Uganda chief executive Wim Vanhelleputte said at the opening ceremony.
The telecommunications giant has pumped in Shs300m in this year’s tournament as the main sponsor with Mayuge Sugar Company chips in as co-sponsors.
“MTN Uganda will give out cash prizes to the best performers of the tournament when it climaxes in August,” he added. 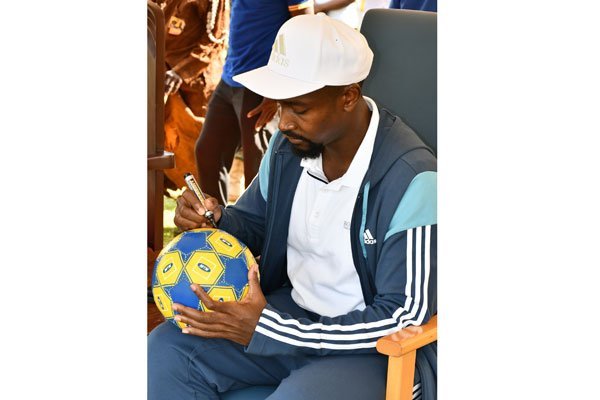 Royal signature. Kyabazinga Nadiope signs on the official ball before Saturday’s kick-off. Photo/Denis Edema
Discipline paramount
The Katukiro (Prime minister) of Busoga, Joseph Muvawala Nsekere assured the participants that this year’s edition will not tolerate the fan trouble that has been witnessed previously and that the teams involved will be thrown out immediately.
“Our dear King (Kyabazinga), we want to assure you that discipline is paramount in this year’s edition and whoever or whichever county whose fans will be involved in chaos will be thrown out of the completion immediately,” Muvawala assured the Kyabazinga and his subjects of sanity.
There are fourteen teams that will take part in this year’s tournament.