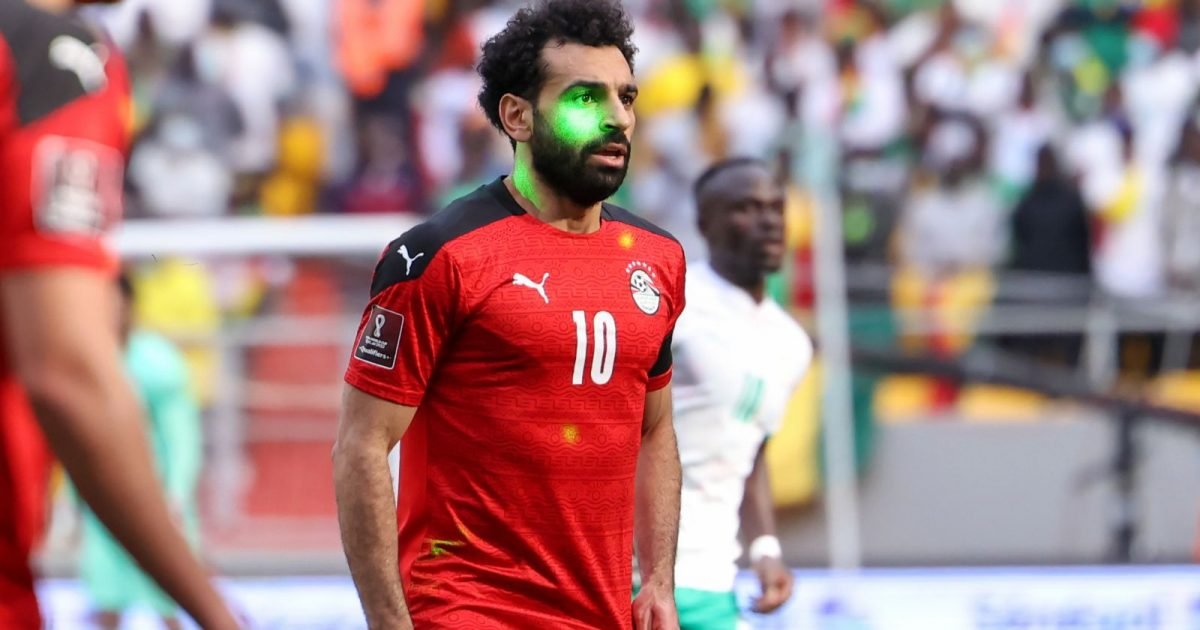 The Liverpool forward fluffed his lines from the spot as the Pharaohs’ hopes of qualifying for Qatar 2022 were dashed in Dakar, prompting calls for the second leg of a heavyweight African clash to be replayed. Mohamed Salah was shone with lasers and missed the penalty. Photo: Eurosport

World football’s governing body has not gone that far, with Senegal still set to compete in a global showpiece in the Middle East later this year, but sanctions have been imposed.

FIFA fined Senegal’s football federation nearly $180,000  for the fan disorder that ruined an otherwise memorable evening for the Lions of Teranga.

Salah was forced to take a penalty while blinding green lights were shone in his direction, prompting this decision.

FIFA’s disciplinary panel is also looking into a pitch invasion by Senegal fans after Sadio Mane converted the game-winning penalty kick in their shootout with Egypt.

An offensive banner has also been investigated, and Senegalese authorities have been accused of “failure to ensure that law and order are maintained in the stadium.”

Which other countries have been fined by FIFA?

These transgressions have resulted in the Senegal national team being ordered to play one future match behind closed doors.

FIFA’s disciplinary committee has made decisions on several other similar incidents that have occurred in World Cup qualifying games played since the beginning of the year.

Nigeria, who were eliminated in their play-off match against Ghana, faces a one-game stadium closure due to disgruntled fans invading the field in Abuja.

While discrimination by fans at home matches involving Chile and Colombia has resulted in fines $98,000 and $56,000 Swiss francs being handed out to the South.

According to reports, Mohamed Salah will eventually drop his financial demands in order to extend his contract with Liverpool for the longest possible time.