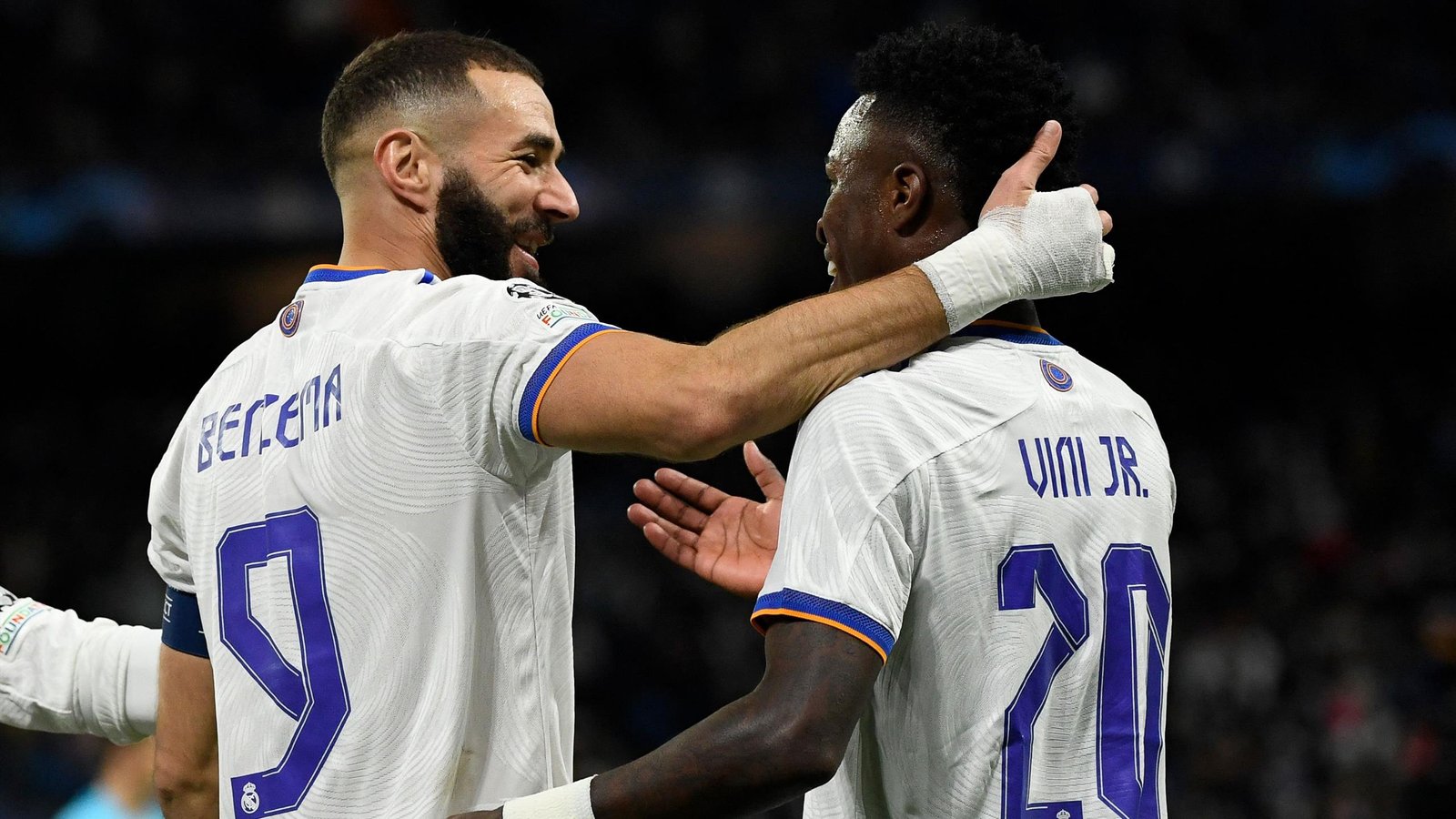 Benzema was once again on fine form for Real Madrid in their 4-3 defeat to Man City in the first leg of the pair’s semi-final clash, scoring a wonderful volley in the first half and an audacious Panenka penalty in the second.

Speaking after the game – in which he also netted a brilliant goal – Vinicius stated that he hopes Benzema wins the Ballon d’Or this year.

“There are no words that can describe how Benzema plays. He deserves the Ballon d’Or,” he said.

The Brazilian international also gave an insight into the game itself, stating that he was not happy with the result and that Los Blancos need to improve ‘in every area’ ahead of next week’s second leg.

“I can’t and I will never be happy with a defeat. We have to improve in every area for the 2nd leg,” he added.

“The Bernabeu fans played a huge role in our previous comebacks and the next leg won’t be any different. Against City we have to suffer and remain calm”.

Benzema has been on form in the Champions League this season, scoring a record nine goals between the Quater-finals and the first leg of the semi-finals, which includes three against PSG in the quarter-finals, four against Chelsea in the quarters and the two he netted on Tuesday night against Manchester City.