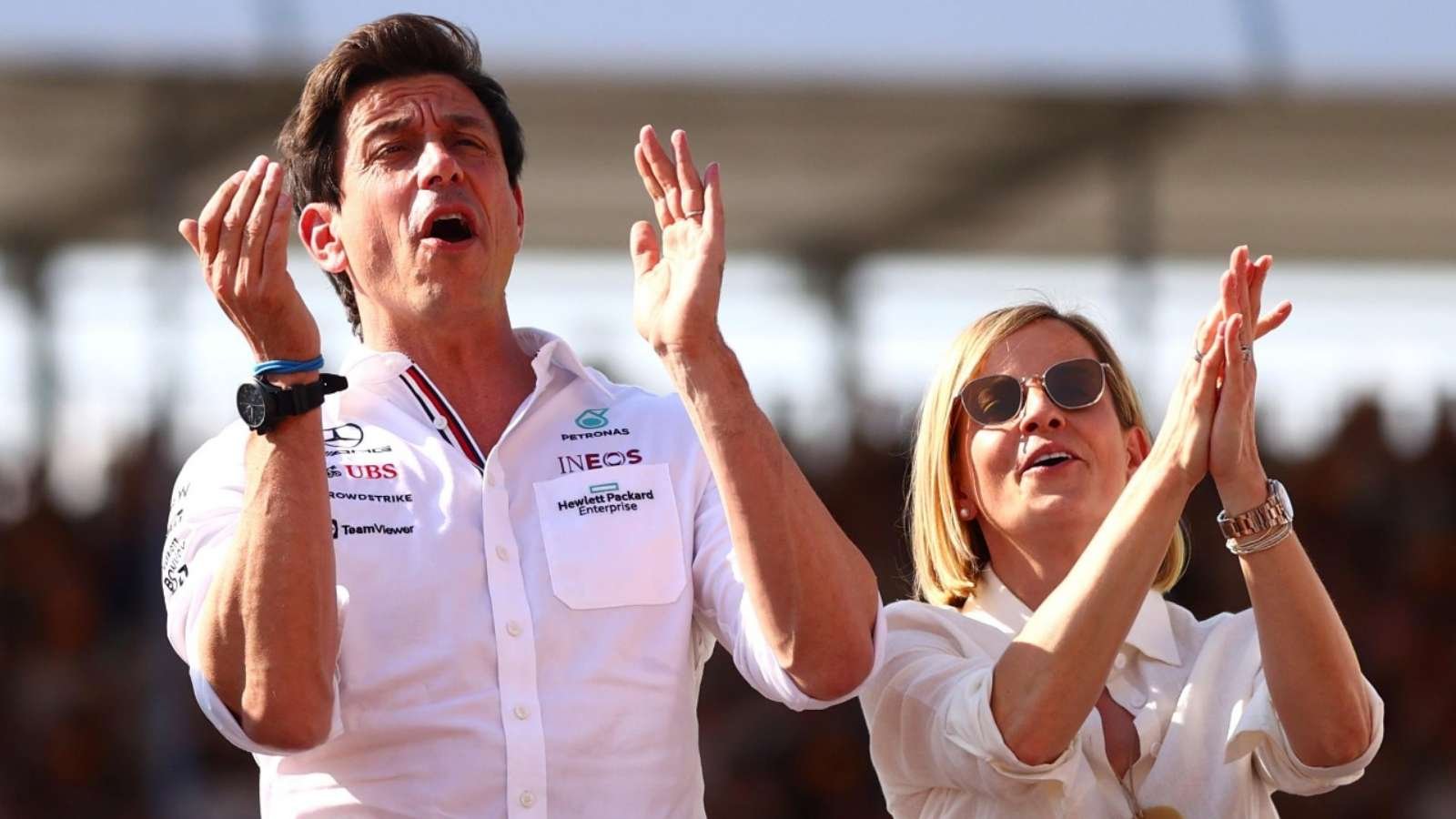 For a man estimated to be worth $580 million, Toto Wolff life story is exciting and inspirational at the same time.

He has conquered many odds to be who he is – including selling candles in his formative years. His father had just died from brain cancer and this left him desolate when he was only eight years old.

The 49-year-old Austrian was sent out of school since paying school fees was a big hustle. It is then he ventured into selling candles to make ends meet despite the fact that his mother was a doctor

He doubled up as a flyer man – handing out fliers with a gold face paint to sustain him and his sister. But, he pulled through it all to amass a $580 million net worth.

“There wasn’t a lot of financial means and if you grow up in a city where you can see that in front of you, but you haven’t got it yourself, it is difficult.”

“My mother brought us up and she was a doctor in Vienna and there wasn’t really any financial background,” he told Essentially Sports.

“And she still managed to get us going to a private school in Vienna because she felt that the languages were important.” 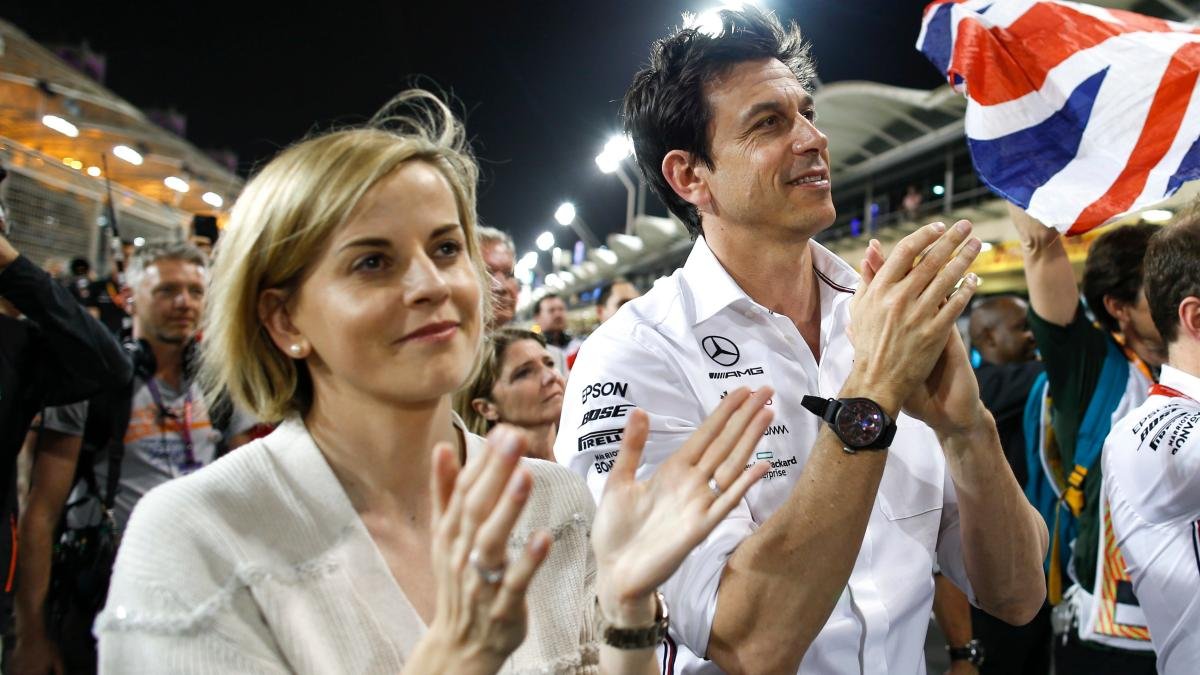 He would then start his racing career at 19.

When Wolff looks back, he is grateful for it all and thanks his wife Susie for making him who he is.

HOW DID TOTO AND SUSIE MEET?

Toto Wolff life story wouldn’t be complete without his wife Susie Wolff. They met on the circuit.

Susie was a driver for Williams at the British Grand Prix. She raced in DTM, Formula Renault and Formula Three before moving to Williams as a development driver.

She was Britain’s only female Formula One racer in 2014. Susie made history by becoming the first 22-year-old to compete in a Grand Prix.

She grew up in Scotland karting but wanted something challenging her adrenaline more.

Even with a 10 years age difference, Wolff says that Susie is the system in his family especially because they have similar interests and tasks.

The Wolff family always comes first and the job later.  But, racing is always something that takes over debates in the house.

HOW TOTO WOLFF GOT RICH?

Toto Wolff life story has a huge part of it being about his net worth. His wealth stems from multiple revenue streams one being his driving career when he was 19 to 22. He retired to manage a private equity firm besides his motoring interests which he managed for 10 years.

He would later invest in Williams and Mercedes which gave him great returns by merging returns from business and sport. It explains his $580 million net worth.

WHAT DID TOTO WOLFF DO BEFORE MERCEDES?

The Austrian Formula Ford Championship began Wolff’s racing career in 1992. He also competed in German Formula Ford in 1993 and 1994, where he won the title.

His class won the 24 Hours Nürburgring in 1994. One race in 2002 saw Wolff finish sixth in the N-GT division of the FIA GT Championship and win.

In 2003, Tom Wolff switched to the Italian GT Championship, where he won a race alongside Lorenzo Case in 2004. He also raced in the FIA GT Championship with Karl Wendlinger.

As a result of his efforts, Wolff won the Dubai 24 Hour Rally in 2006, as well as the Austrian Rally Championship in 2006.

As an instructor at the Walter Lechner Racing School, Wolff also set a lap record at the Nürburgring Nordschleife in a Porsche RSR in 2009.

He says that it was not his choice to quit racing at 22. He lacked sponsorships and was left with no choice but quit. His Karl Wendlinger’s accident in Monte Carlo also played a part in his early retirement.

Unknown to many and masked by the façade of such a high-flying career, Tom Wolff started mental illness in 2004.

The Mercedes team principal talked about his own mental health problems in a very open interview with The Times. 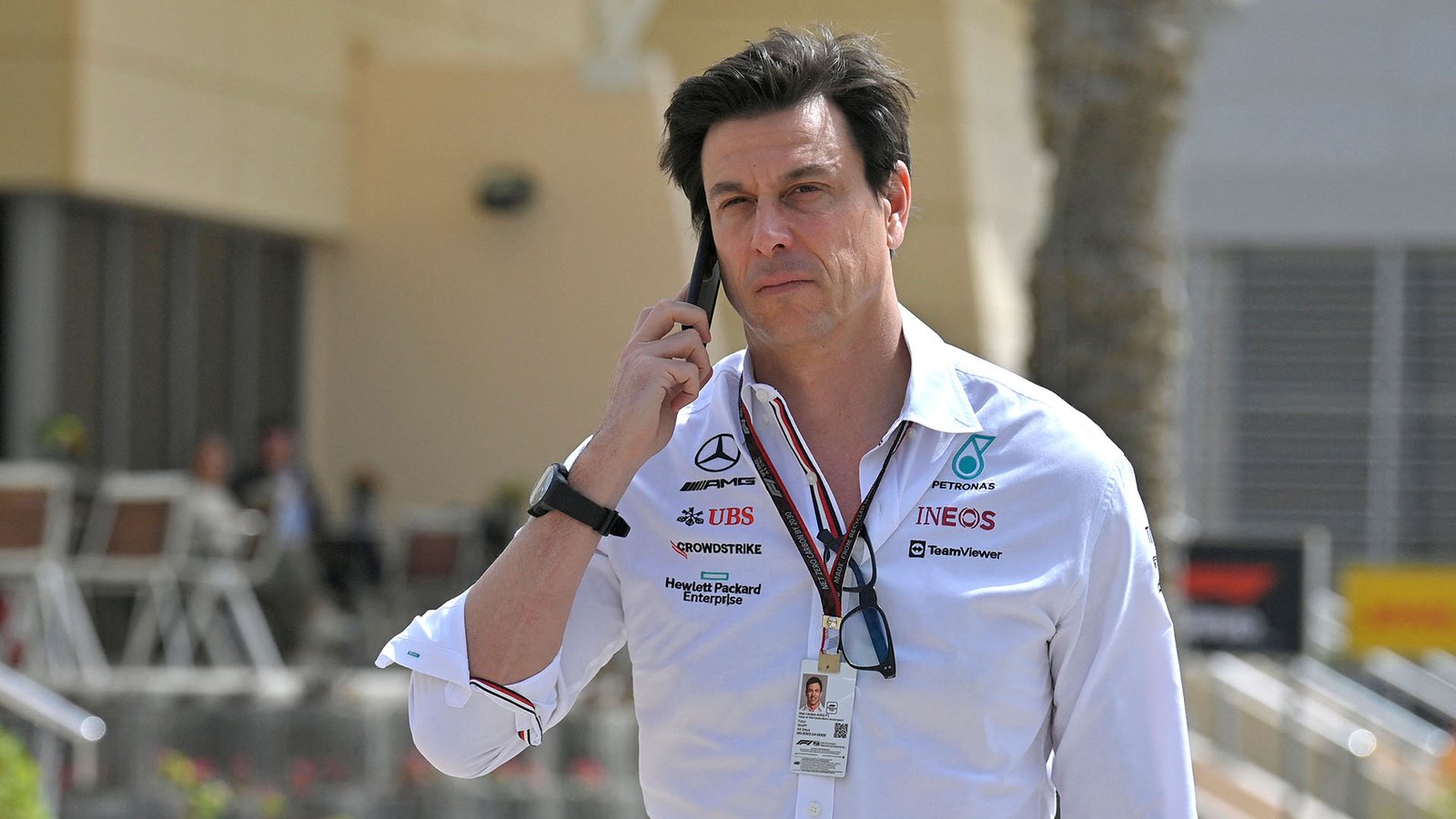 He said that “high-profile people” need to be more open about their mental health, and that Mercedes needs to do more to help people with mental health problems.

“I’ve been going to a psychiatrist since 2004. I think I’ve had more than 500 hours [of therapy]. I have suffered mentally and I still do,” he said.

There aren’t many F1 people who have talked about their mental health recently. Wolff is one of them.

He says his mental struggle stems from not just being in the spotlight but also indecisiveness in life. His advice is always to look after yourself and strive to keep your mental health in perfect shape.