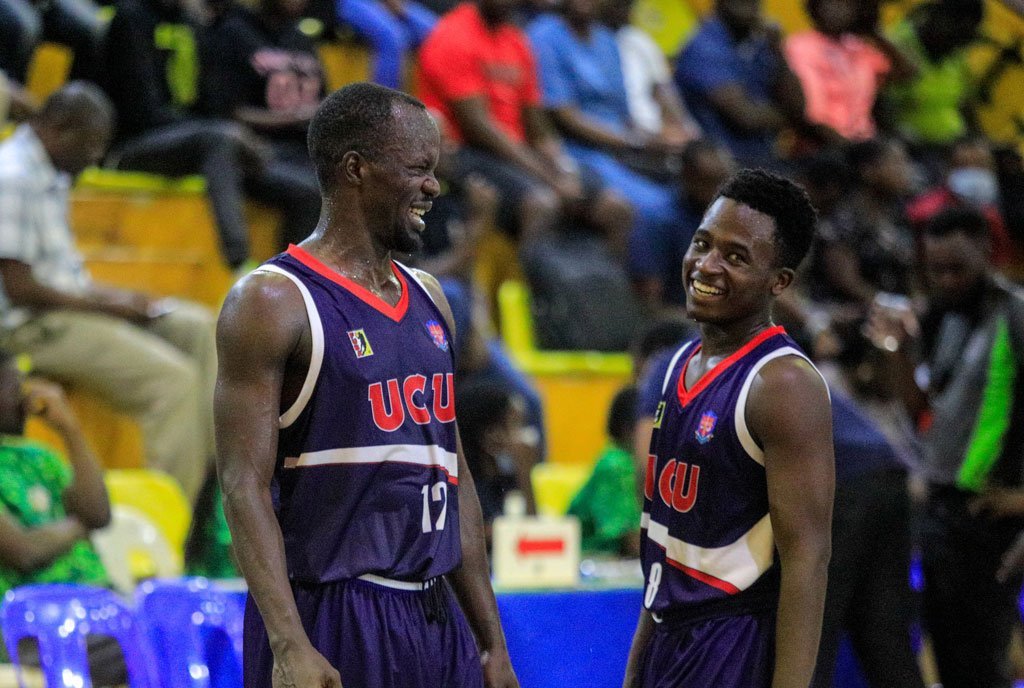 By defeating City Oilers in the opening game of the season, Namuwongo Blazers sent out a statement of intent in this year’s fight for the title but their loss to Our Savior left many in doubt as to whether they could be the team to end Oilers’ dominance.

The doubts just won’t go away even though Steven Nyeko and his charges go into tonight’s clash with UCU Canons carrying a 5-2 record. Guard Daniel Juuko said that the side has gone into some games with a bit of complacency and that has greatly affected their performances. Namuwongo Blazers are a team to beat this season. They play the UCU Canons in the basketball league photo/Kawowo sports

“Of course, we are not here to just masquerade. We are here to compete for the championship,” Nyeko told Daily Monitor ahead of Friday’s games.

“We are already fighting for our spot and I believe we shall be in the playoffs and are ready for whoever we meet there,”

In the season that never ended last year, Blazers managed victories over the other two teams tipped to fight for the title but the win over the Oilers was eventually overturned in the boardroom.

This season, they have already taken care of the Oilers and face another tough test in the Canons tonight.

“We have beaten both Oilers and UCU before and that gives us confidence that we can take on anyone,” Nyeko added.

“We are still gelling as a team.

“Losing to Our Savior, I wouldn’t want to disrespect them but I thought we should have done better.

“We were coming off a win against Oilers and there was a bit of complacency and undermining the opponent.”

It is one thing to win a game of basketball and another to win three playoff series and win the championship. Series are usually decided by how much a team adjusts to the opponent in a short period of time.

All that goes back to coaching. The Blazers have everything but an experienced coach. Nyeko is trying to find his footing in the top flight but has already seen a few positives to suggest good times ahead.

“The journey has not been bad. Of course, dynamics change in terms of studying the games. There are many things that change.

“I am learning, studying more and more and I believe I am improving myself.

“Hopefully I can do well in future.”

The Blazers have players like Joseph Ikong, Paul Odong, Saidi Amisi and Cyrus Kiviri, players who have been in the game longer than their coach and it remains to be seen how it will be like making tough decisions at the business end of the season.

Nyeko, however, says he screens the players signed by the club and the terms are clear.

“That (talk of respect by players) is something I have found across different platforms.

“One thing I should tell you is that when we are signing players, we consider the discipline aspect. And I am involved in the signing of these players and tell them what I need, what we have to do.

“People don’t do that elsewhere and I guess that’s why there might be that disrespect. In the squad that I have, everyone listens to me even when I am a rookie coach.

“I have not seen any sort of disrespect.”

The Canons come into tonight’s game on the back of a 58-44 win over the City Oilers. They have an 8-1 record and are top of the log.

Theirs is a game of running and shooting and Nyeko will be hoping his charges can get stopped and convert on the other end of the floor.

“UCU is a good team. They are contenders and have been together for a while,” he noted.

“We have done our work and we just need to make stops and try to reduce our turnover rate.”

The Canons are expected to be without point guard Fayed Baale, who fractured his hand after a collision with Oilers’ guard Tony Drileba last Sunday.