Retirement by choice is uncommon in the sporting community, as most athletes’ careers are cut short due to injury or age. Alysa Liu, a 16-year-old American figure skater, thought it was her turn at 16.

Alysa Liu, a bronze medalist in the world championships and a Beijing 2022 Winter Olympian, is seen as the future of US women’s figure skating and has already won two national titles. “I’m here to announce that I am retiring from skating,” Liu wrote on Instagram.

“I started skating when I was five, so that’s about 11 years on the ice, and it’s been an insane 11 years—a lot of good and a lot of bad but yk, that’s how it is.

“I’ve made so many friends and many good memories that I’ll have for the rest of my life.

“I honestly never thought I would’ve accomplished as much as I did LMAOO, I’m so happy. I feel so satisfied with how my skating career has gone. Now that I’m finally done with my goals in skating, I’m going to be moving on with my life.

At such a young age, she skated better than any American lady.

Liu won her first national title at the record-breaking age of 13 in 2019 and repeated it the following year, using the triple axel.

Only a few American women have successfully landed. She was too young to participate internationally at the senior level, but as a junior, she was a force to be reckoned with, becoming adept at quadruple leaps. 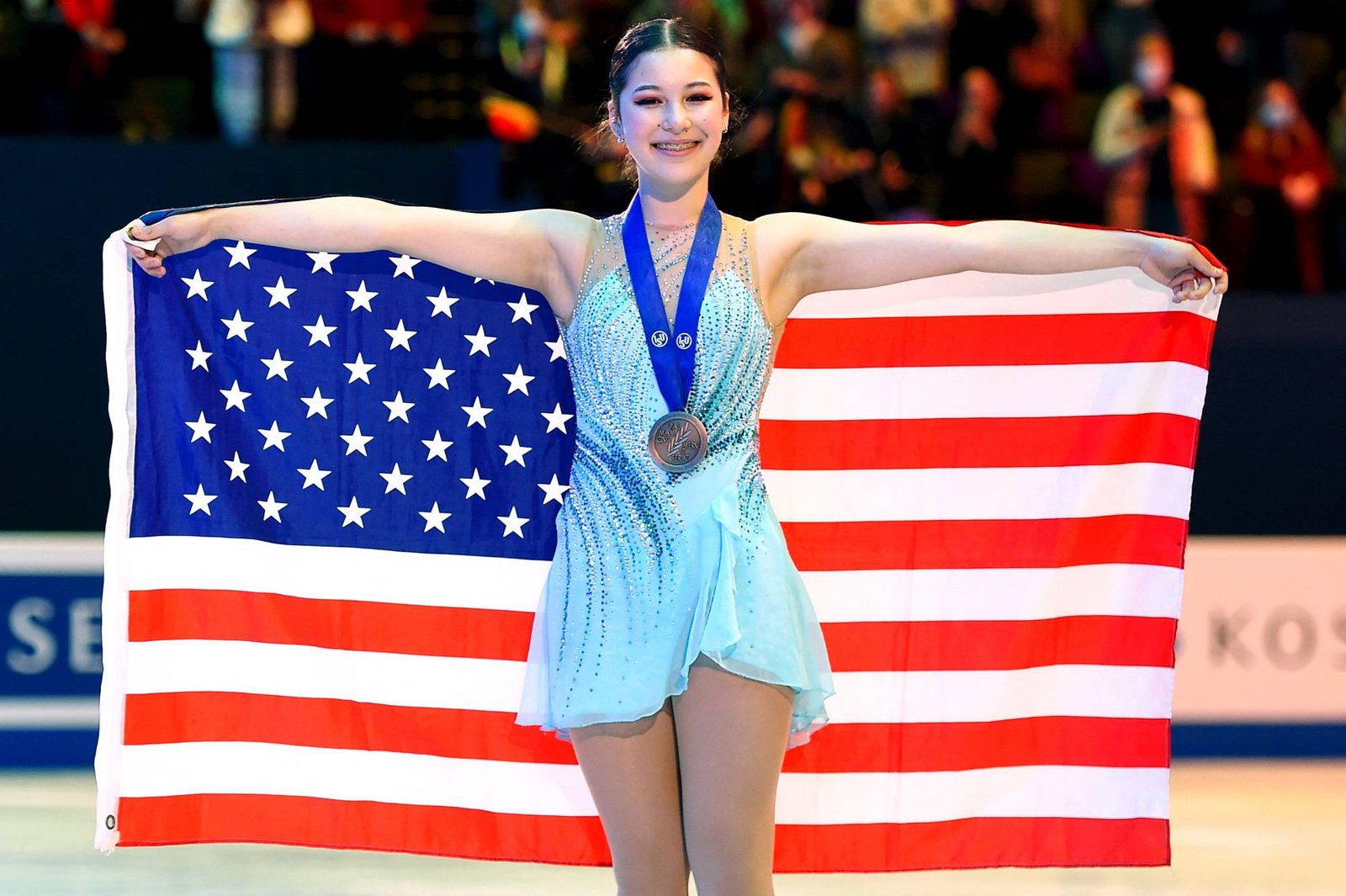 Alysa Liu celebrates during her medal at the ISU World Figure Skating Championships in Montpellier. Photo: The Japan Times

Despite withdrawing from the Olympic trials in January after testing positive for Covid-19, Liu made the team despite losing to Bradie Tennell and Mariah Bell at the last two national championships.

Liu, of Richmond, California, recovered in time to compete in the Beijing Olympics, where she finished seventh overall after landing seven triple jumps in her free skate.

She finished third behind Kaori Sakamoto of Japan and Loena Hendrickx of Belgium in a shortened global championships that did not include Russian skaters.

It was the first medal for a US woman at the championships since Ashley Wagner in 2016.

While speculation abounds as to why Liu decided and whether she would return to the ice in the future, fans were well aware that she was ready to retire, as she repeatedly stated on an Instagram live stream.

A two-time Olympic medalist from the United States, Michelle Kwan, commented on Liu’s post, stating, “Congrats, Alysa!” Always rooting for you and looking forward to the next chapter.”

Mariah Bell and Laurie Hernandez of the United States also congratulated her, while Maé-Bérénice Méité of France said she will “miss [your] brightness and happy energy in competitions.”

WHAT NEXT FOR YOUNG LIU?

“I’m probably just going to spend all my spare time with my family and friends, and I’m also going to study. But this skating thing has taught me more about life than I anticipated. I’m really glad I skated.” 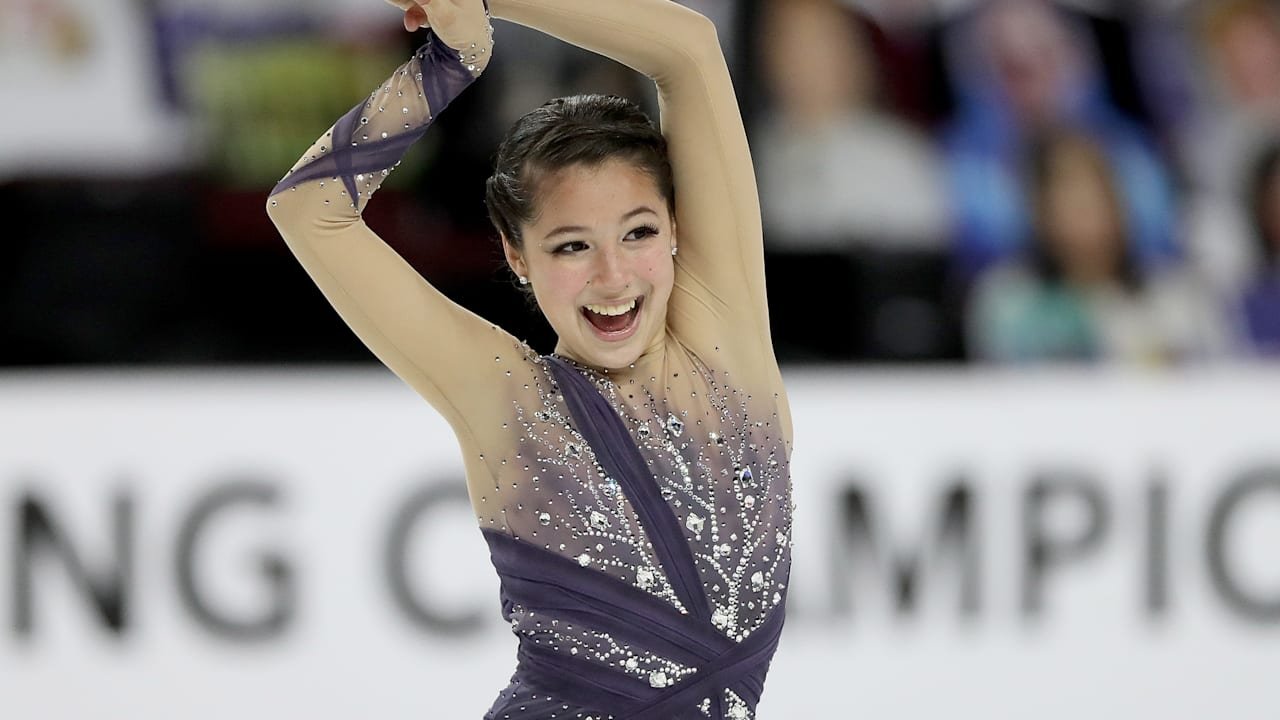 The Associated Press reported in March that Liu’s father, Arthur – a former political refugee – claimed his son and daughter were among individuals targeted in a spying operation directed by the Chinese government, according to the US Justice Department.

In October last year, the FBI approached the senior Liu, warning him about a plot while his daughter was preparing for the Beijing Winter Olympic Games.

Liu claimed he stood up to China’s intimidation by enabling his daughter to compete in the recent Olympic Winter Games, where she finished seventh in the women’s category.

“This is her moment. This is her once-in-a-lifetime opportunity to compete at the Olympic Games. I’m not going to let them stop her from going, and I’ll do whatever I can to make sure she’s safe.

“I’m willing to make sacrifices to enjoy the moment,” Arthur Liu said. “I’m not going to let them win — to stop me — to silence me from expressing my opinions anywhere.”

The father claimed he decided to allow his daughter to compete after receiving assurances from the State Department and the United States Olympic Committee that Alysa Liu would be well-protected and kept safe while in China.

They claimed at least two individuals would escort her at all times.