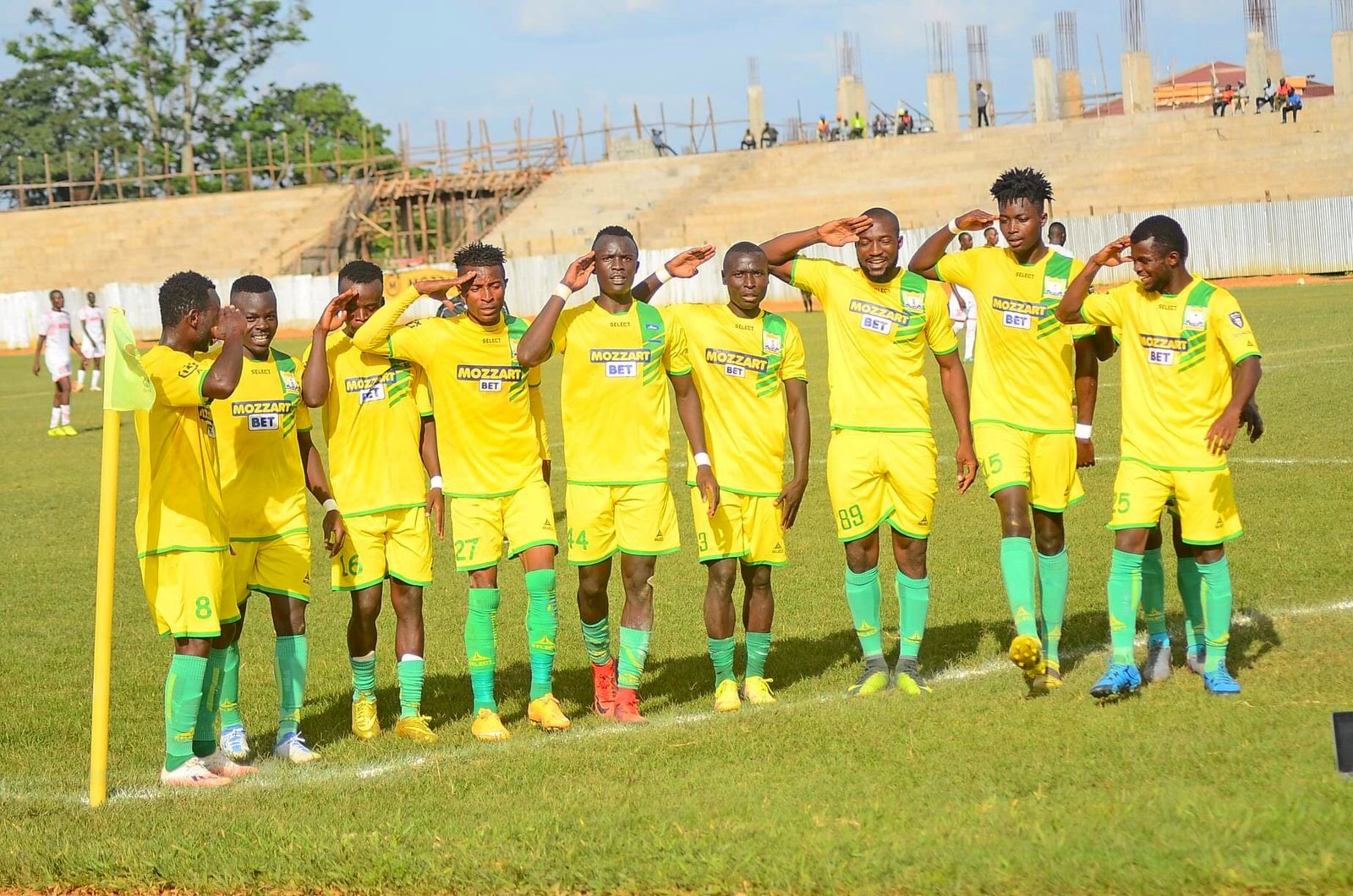 Kakamega Homeboyz opened a 10-point gap on top of the FKF Premier League standings after thrashing Ulinzi Stars at the Bukhungu Stadium while second placed Tusker FC dropped two points at home in a 1-1 draw with KCB.

Homeboyz were 4-0 winners over Ulinzi Stars at home while Tusker needed a 93rd minute equalizer to hold KCB to a 1-1 draw at home.

Before Saturday’s return to league action, Homeboyz were eight points ahead and second placed Tusker were eager to narrow the gap, hoping Ulinzi would do them a favour.

However, Homeboyz were in no mood to let off their grasp on a healthy lead. They took a 1-0 lead at halftime, thanks to Michael Isabwa’s goal.

They ran riot in the second half, David Okoth striking a brace in the 58th and 71st minutes, before Chris Masinza completed the rout with four minutes of play left. 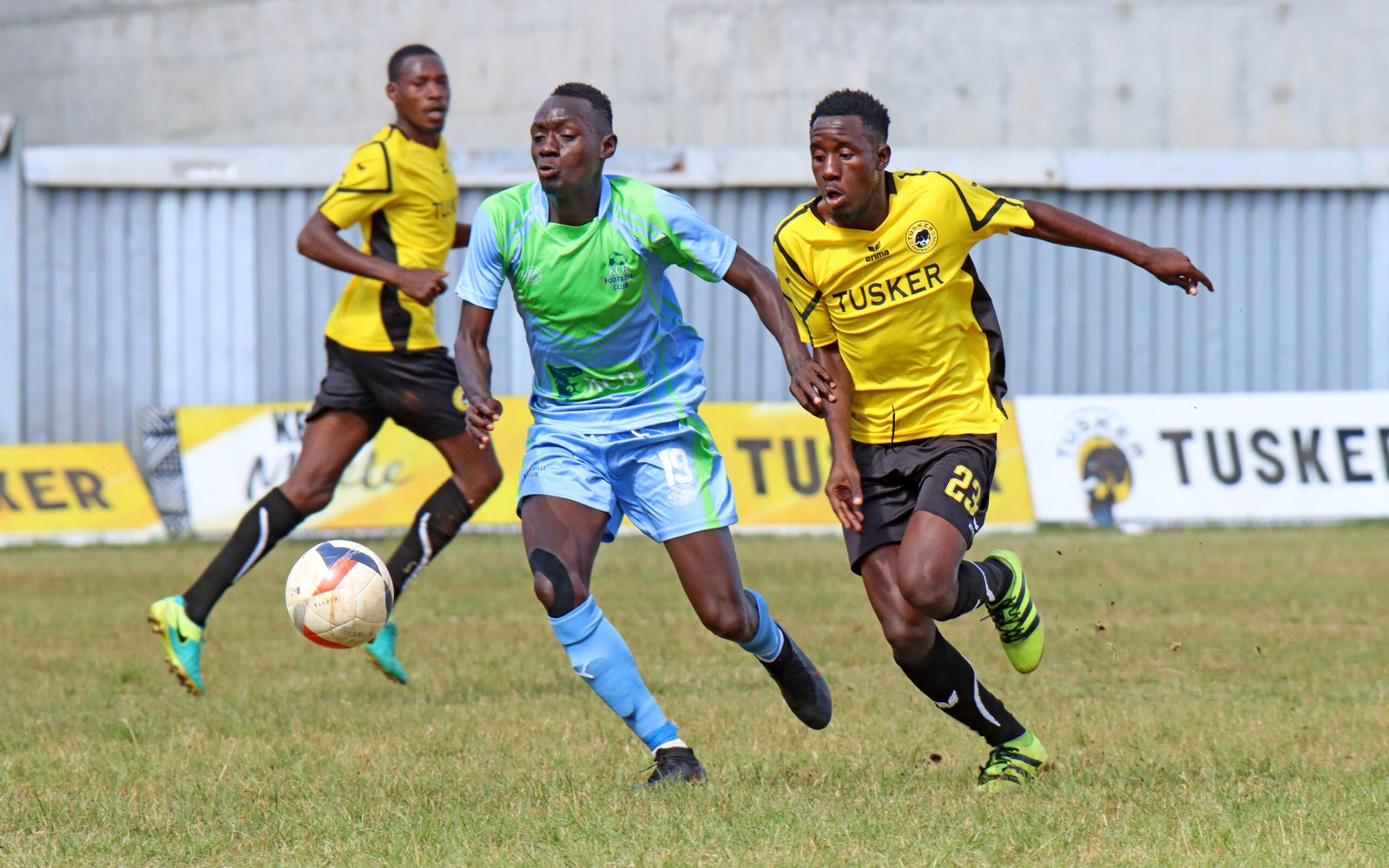 At the Ruaraka Complex, Tusker needed a late equalizer from Stewart Omondi to play to a 1-1 draw with KCB. Derrick Otanga’s goal off a short start to a freekick had given the bankers the lead, but Tusker left it late to grab a point and maintain their unbeaten run.

The brewers were off to a great start and were guilty of missed chances before KCB took the lead. In the fourth minute, Daniel Sakari made a run on the right before clipping a cross-cum-shot into the box, which keeper David Okello pushed behind.

From the resultant setpiece, Humphrey Mieno had a golden chancr to score when the ball found him at the backpost but his connection was just wide.

In the 10th minute, the brewers had back to back chances with crosses from Jackson Macharia and Mieno being headed over by Deogratious Ojok and Omondi respectively.

For the missed chances, Tusker were punished with KCB’s first foray at goal. From an indirect freekick almost 25 yards out, the ball was pushed to Otanga who took a shot to the far post, finding keeper Patrick Matasi flat footed. 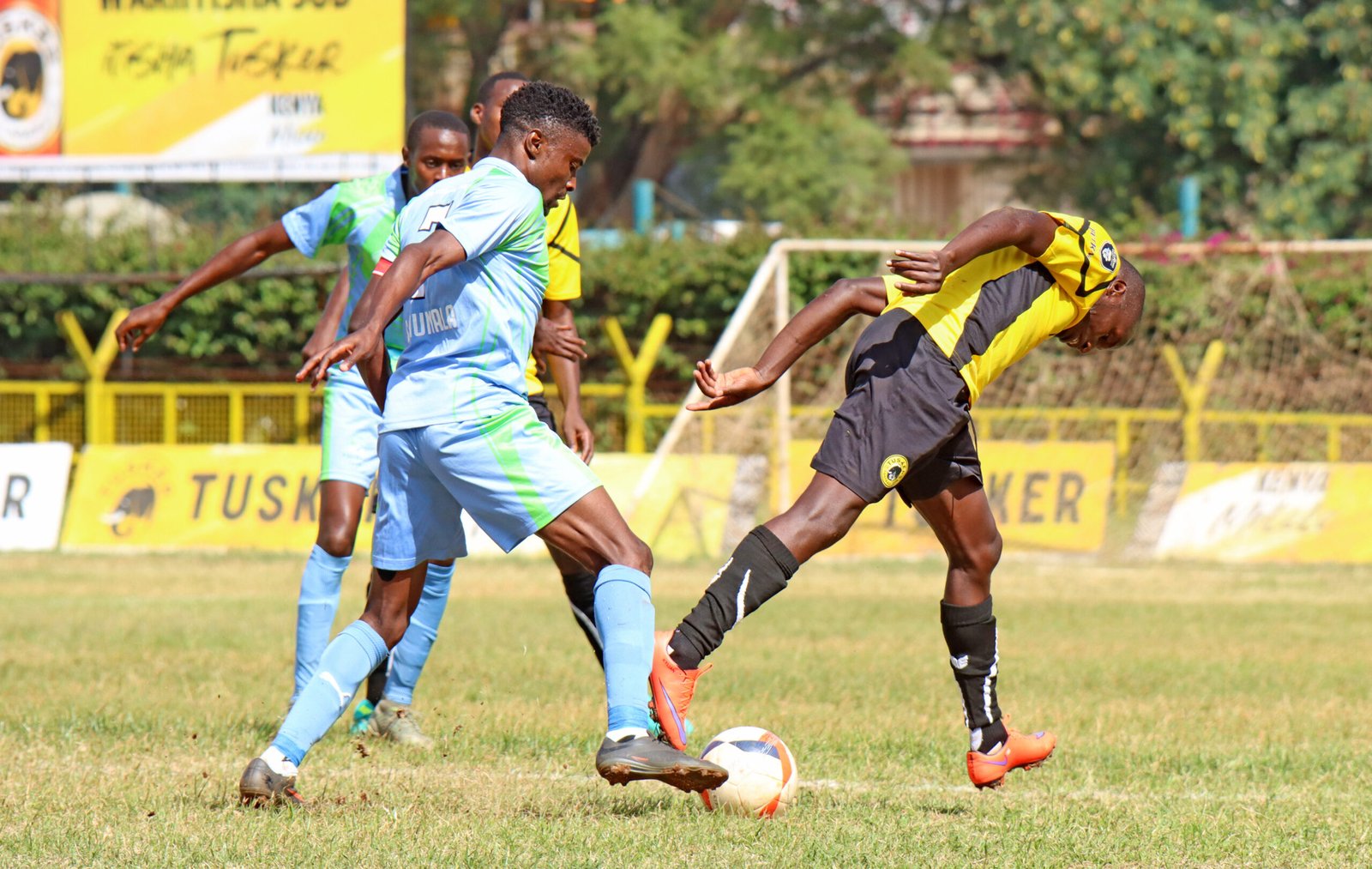 The goal drew some panic into Tusker and they dumped more balls forward. Their close chances came off Shami Kibwana’s volley from the edge of the box which went wide while Omondi drove from distance, but his grass cutter missed the target by a whisker.

In the second half, the brewers piled more pressure, but KCB defended with everything they had. Nashon Alembi and Brian Ochieng, partnering at the back did well to cut out most of the balls.

However, they were stunned at the death when Omondi scored with a brilliant acrobatic kick after Sakari’s long throw was flicked to the backpost by David Majak.

In the early kick off, City Stars pushed their hold on third place with a 2-1 victory over Bandari FC. Two quick goals in the first half were all City Stars needed as they survived a huge push by Bandari in the second half. 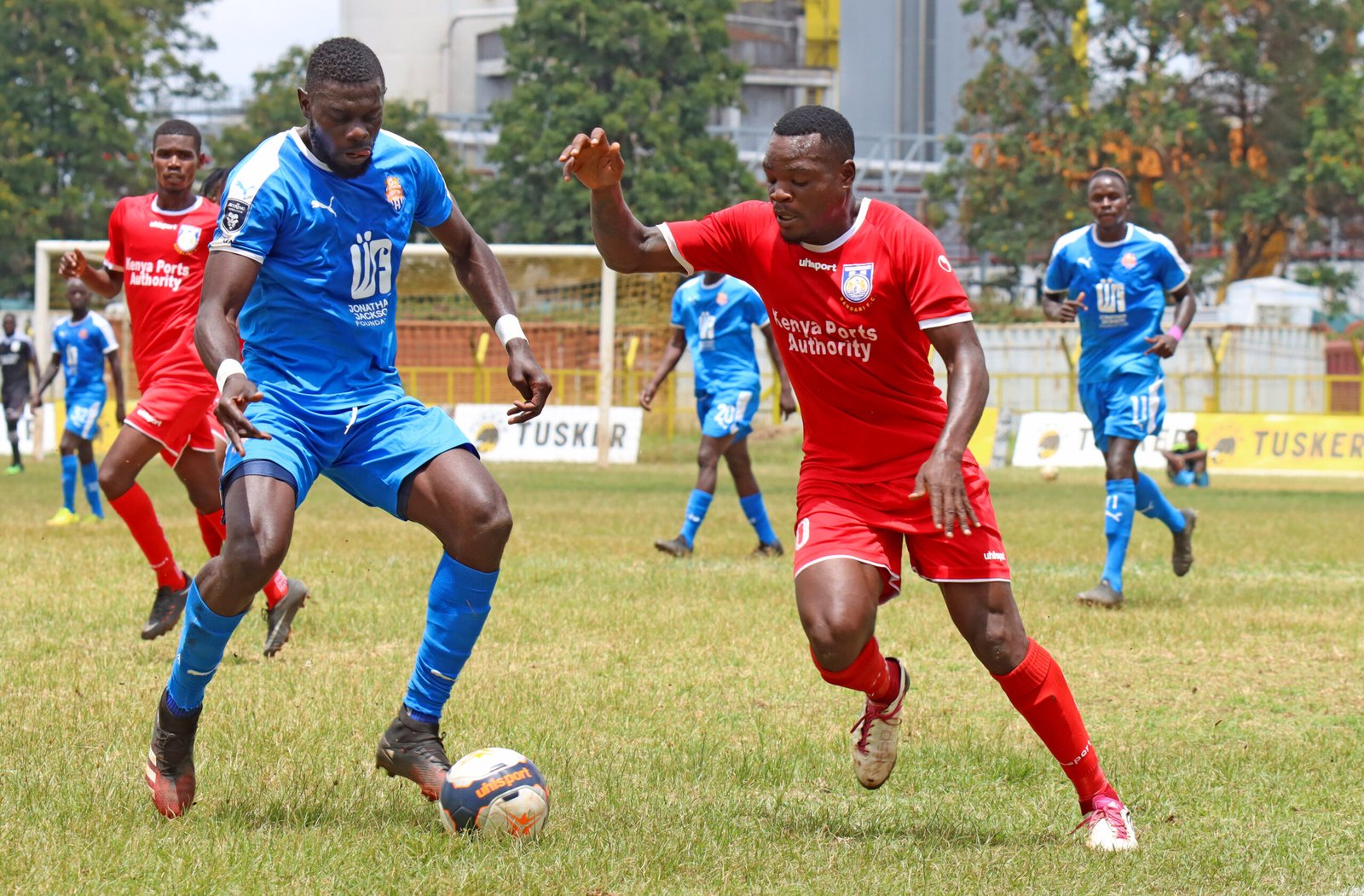 The home side broke the deadlock in the 16th minute when Timothy Ouma scored with a brilliant freekick from the left, dumping the ball into the far post.

Three minutes later, they were 2-0 up when Ezekiel Odera found the back of the net with a sweeping first time left footed shot from a cross on the left.

Ouma had two chances to score with shots from the edge of the area both which went narrowly wide while Davis Agesa saw his shot pushed to the bar.

But, Bandari changed strategy in the second half, Benjamin Mosha, Umaru Kasumba and Darius Msagha were brought in at the start of the second half and it changed tidings for the dockers.

They halved the deficit on the hour mark when Kasumba converted a penalty and piled the pressure on the hosts. However, they were unlucky not to grab a draw from the game.