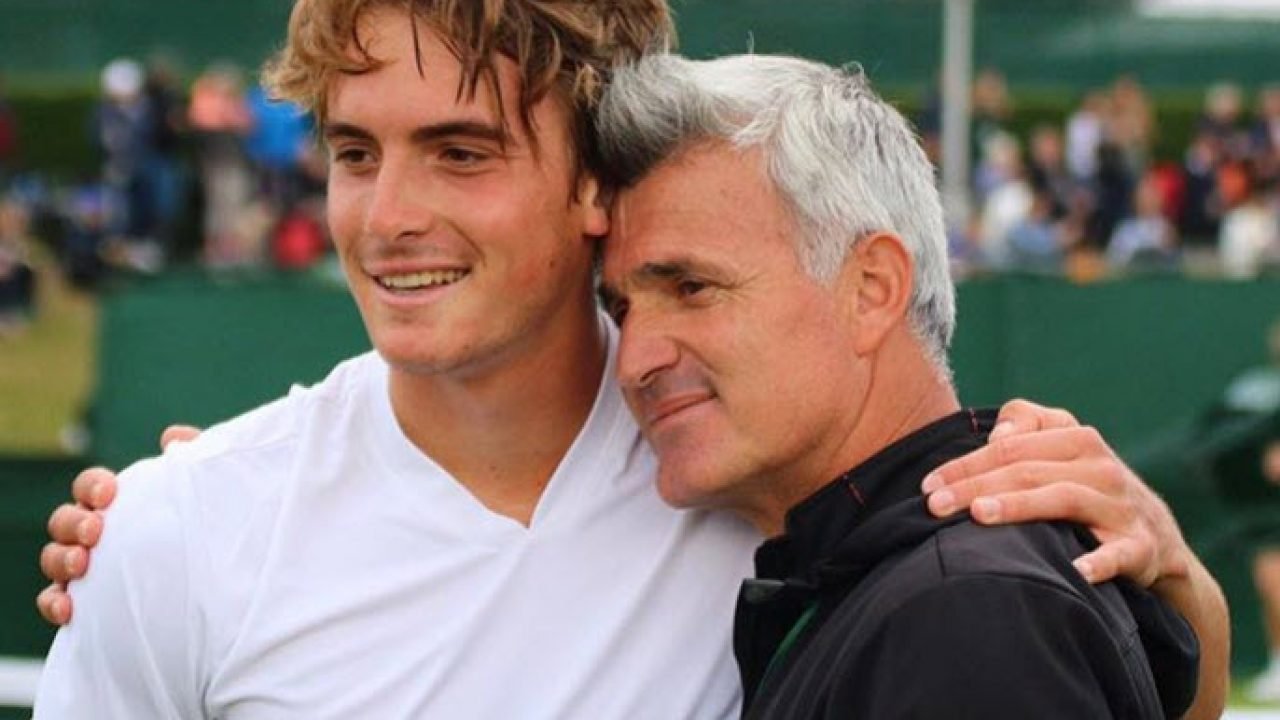 Stefanos Tsitsipas has finally broken silence on claims that he replaced his father Apostolos Tsitsipas coach with Thomas Enqvist.

The rumor went viral when Tsitsipas got to the ATP 500 event in Rotterdam.

The world No.3 player says that his father is still his coach but added Enqvist to his team.

“Enqvist is an addition to my team, that’s what he is. It’s important to have a person like him on my team,” Italian journalist Lorenzo Ercoli says.

A different point of view, according to Tsitsipas, is the rationale for bringing in the former world number four to his staff. 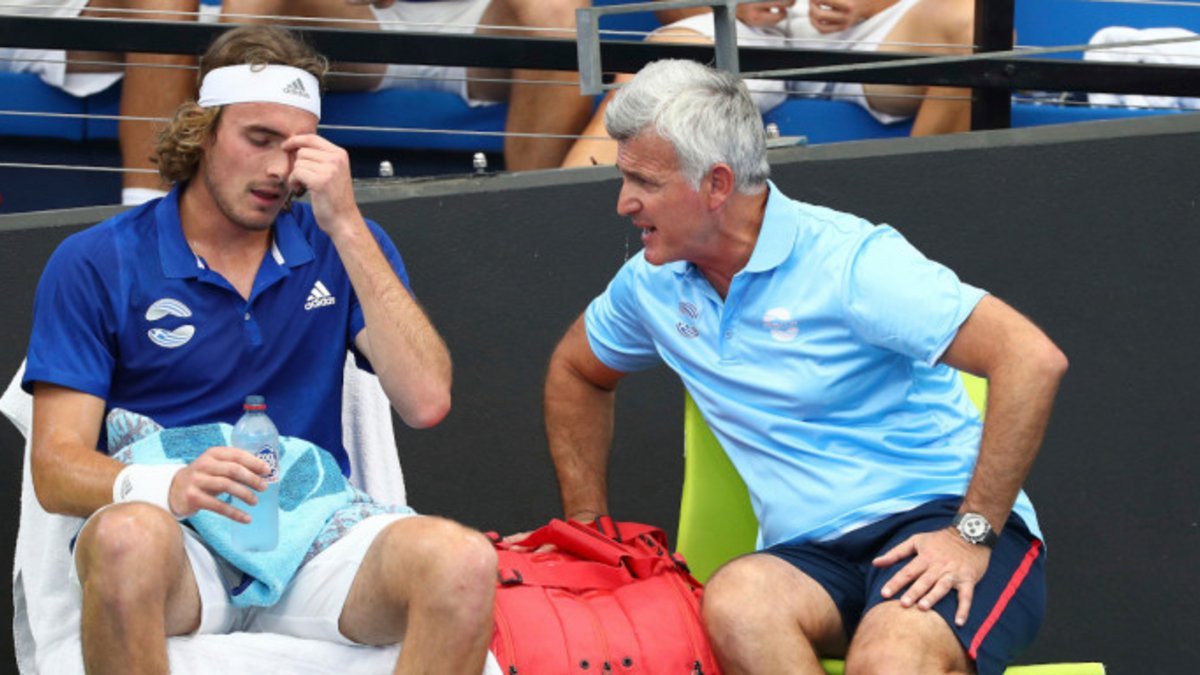 In addition, the Greek stated that he is open to any fresh ideas that Enqvist may have.

Seeing Tsitsipas attempting to elicit more information from his box is a refreshing change of pace and should benefit his quest for a Grand Slam.

Apostolos and his wife, former WTA Top 200 player Ioulia Salnikova, introduced Tsitsipas to tennis when he was just three.

His one-handed backhand and taking the ball early were two of Dad’s favorite techniques. His mother always encouraged him to do his best.

Apostolos became Stefanos’ full-time coach when Stefanos was 12 years old, and he stays in his son’s coaching box today, the grey-haired father of four clapping and encouraging his 21-year-old son.

As a 20-year-old student at the University of Athens in his third year, Apostolos recently started to play tennis. Upon reaching the age of 23, he participated in the Greek championships, his first-ever tennis tournament!

Later in life, he became a tennis coach and went on to travel the world. He spent two years with loulia on the WTA and three years of tennis teaching in Vienna and Berlin in the early 1990s.

This was during the golden era of German tennis, where he spent time learning from Boris Becker and Steffi Graf.

Back to Rotterdam, Tsitsipas advanced to the quarterfinals by defeating Ilya Ivashka in straight sets on the first day.

The Greek upset Alejandro Davidovich Fokina of Spain in a three-set thriller in the first round of the tournament.

Tsitsipas’ season came to an end towards the end of the year in Turin as he struggled with his elbow injury and was forced to withdraw from the ATP Finals.

Having undergone surgery for the same condition in November, he advanced to the semi-finals of the Australian Open 2022.

But he was defeated in four sets by Daniil Medvedev of Russia. 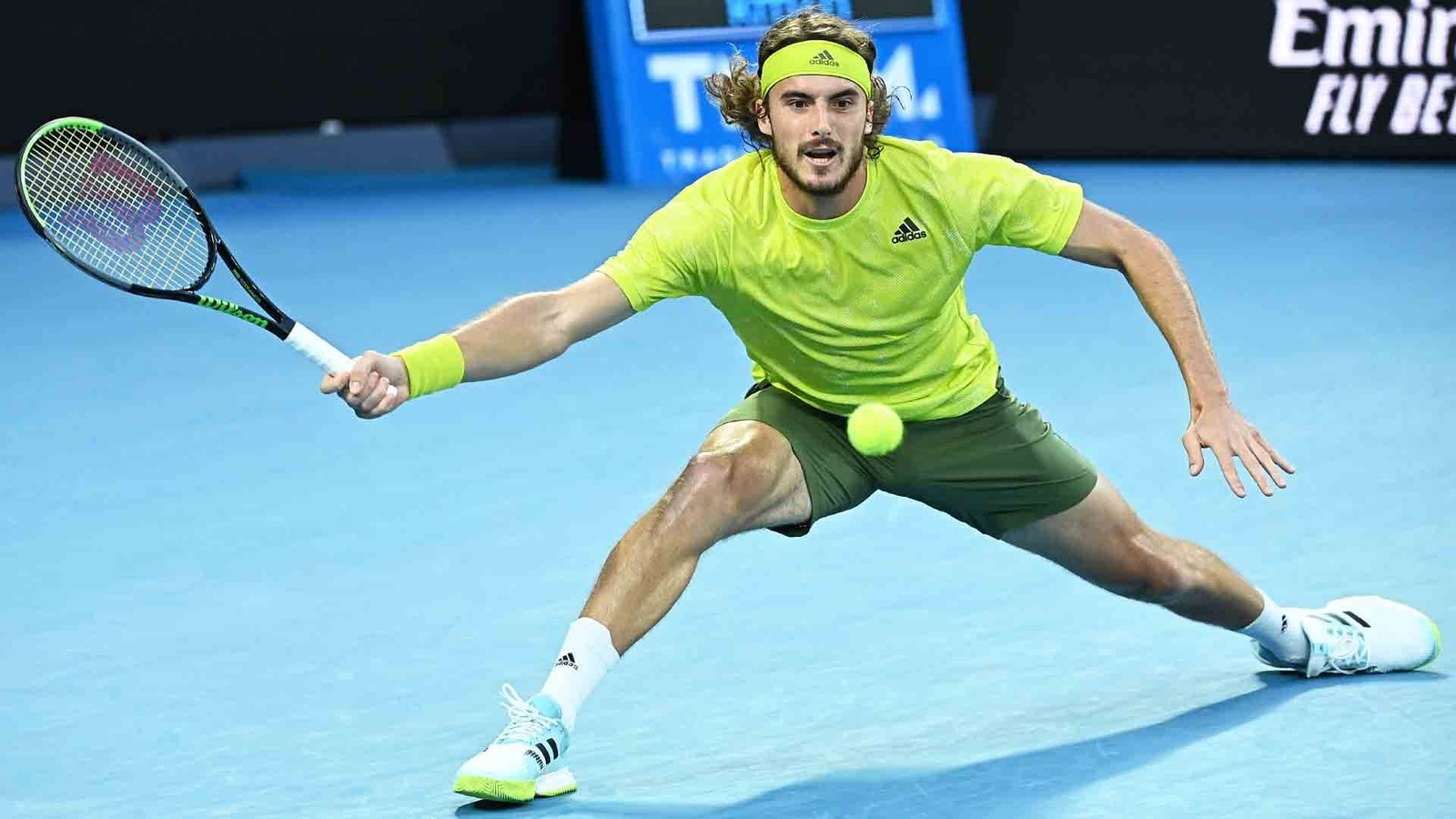 In spite of the fact that the Greek player has been putting up solid results in Grand Slams like as Melbourne and Paris, he is yet to achieve that level of consistency at Wimbledon and the US Open.

Tsitsipas had a chance to win his maiden Grand Slam title at Roland Garros last year, and he came within a set of achieving that goal.

Although he was down two sets to none, Novak Djokovic came back to win his 19th Grand Slam championship and become the first Serbian to do so since 1995.

Tsitsipas, along with Novak Djokovic and Rafael Nadal, will be a heavy favorite at the French Open this year nevertheless.