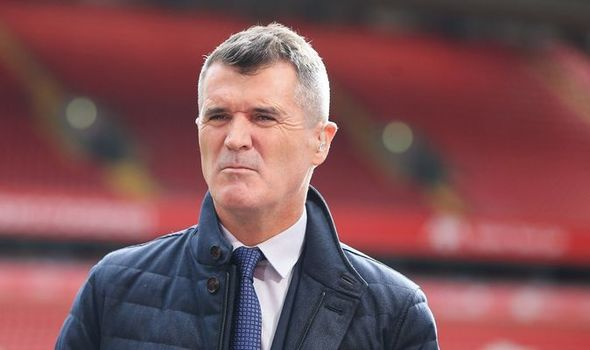 Irish football manager Roy Keane is reported to be considering another crack at management following the10 years out of the dugout, after leaving Ipswich; Neil Lennon, Neil Warnock and Grant McCann are also confirmed to be on Sunderland’s shortlist

The 50-year old manager was in charge at Sunderland from 2006 to 2008 and is set to be interviewed by Sunderland for the vacant manager’s position at the Sunderland’s sports facility of Light. The club, which plays in League 1 is extremely interested in Keane returning to the club following the sacking of Lee Johnson on Saturday following a 6-0 loss at Bolton, but contrary, the Irish former professional footballer has not yet been offered the job.

Among, former Celtic manager Neil Lennon, former Middlesbrough boss Neil Warnock, and recently-sacked Hull City manager Grant McCann are also on Sunderland’s shortlist. The 50-year old had his take on the sacking of Ole Gunnar Solskjaer and insisted he was never in the running for the manager’s job at Old Trafford

Born on 10th August 1971, Keane is considered the most successful Irish footballer of all time, having won 19 major trophies in his club career, 17 of which came during his time at English club Manchester United. Being one of the best midfielders of his generation, he was named by Pelé in the FIFA 100 list of the world’s greatest living players in 2004.

During his 18-year playing career, the 50-year old played for Cobh Ramblers, Nottingham Forest, and Manchester United, before ending his career at Celtic. He was a dominating box-to-box midfielder, noted for his aggressive and highly competitive style of play, an attitude that helped him excel as captain of Manchester United from 1997 until his departure in 2005.

He helped United achieve a sustained period of success during his 12 years at the club. He then signed for Celtic, where he won a domestic double before he retired as a player in 2006. He played at the international level for the Republic of Ireland for over 14 years, most of which he spent as captain. 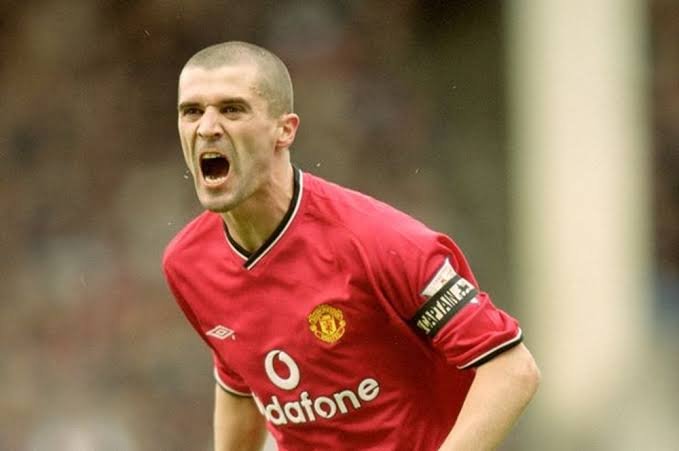 Roy Keane during his days at the Old Trafford(photo courtesy)

At the 1994 FIFA World Cup, he played in every Republic of Ireland game. He was sent home from the 2002 FIFA World Cup after a dispute with national coach Mick McCarthy over the team’s training facilities. Keane began his management career at Sunderland shortly after his retirement as a player and took the club from 23rd position in the Football League Championship, in late August, to win the division title and gain promotion to the Premier League.

In November 2013, he was appointed assistant manager of the Republic of Ireland national team by manager Martin O’Neill, a role he held until 2018.[10] He would also have short assistant manager spells at Aston Villa in 2014 and Nottingham Forest in 2019. Keane has also worked as a studio analyst for British channels ITV’s and Sky Sports football coverage.

In 1989, he eventually signed for the semi-professional Irish club Cobh Ramblers after persuasion from Ramblers’ youth team manager Eddie O’Rourke. Keane was one of two Ramblers representatives in the inaugural FAI/FAS scheme in Dublin, and it was through this initiative that he got his first taste of full-time training.

His rapid progression into a promising footballer was reflected by the fact that he would regularly turn out for Ramblers’ youth side as well as the actual first team, often playing twice in the same weekend as a result. In an FAI Youth Cup match against Belvedere, Keane’s performance attracted the attention of watching Nottingham Forest scout Noel McCabe, who asked him to travel over to England for a trial.

Keane impressed Forest manager Brian Clough, and eventually, a deal for Keane worth £47,000 was struck with Cobh Ramblers in the summer of 1990. The former Irish midfielder initially found life in Nottingham difficult due to the long periods away from his family, and he would often ask the club for a few days’ home leave to return to Cork. Keane expressed his gratitude at Clough’s generosity when considering his requests, as it helped him get through his early days at the club. 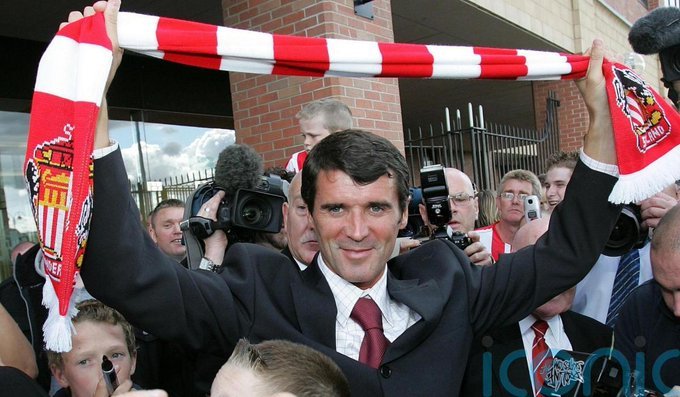 His first games at Forest came in the Under-21s team during a pre-season tournament in the Netherlands. In the final against Haarlem, he scored the winning penalty in a shootout to decide the competition, and he was soon playing regularly for the reserve team. His professional league debut came against Liverpool at the start of the 1990–91 seasons, and the resulting performance encouraged Clough to use him more and more as the season progressed.

Keane eventually scored his first professional goal against Sheffield United, and by 1991 he was a regular starter in the side, displacing the England international Steve Hodge. Keane scored three goals during a run to the 1991 FA Cup Final, which Forest ultimately lost to Tottenham Hotspur. In the third round, however, he made a costly error against Crystal Palace, gifting a goal to the opposition and allowing them to draw the game.

However, on returning to the dressing room after the game, Clough punched Keane in the chest in anger, knocking him to the floor. Despite this incident, Keane bore no hard feelings against his manager, later claiming that he sympathized with Clough due to the pressures of management and that he was too grateful to him for giving him his chance in English football.

The following year, Keane returned to Wembley with Forest for the Football League Cup final but again finished on the losing side as Manchester United secured a 1–0 win. He attracted attention from the top clubs in the Premier League, and in 1992, Blackburn Rovers manager Kenny Dalglish spoke to Keane about the possibility of a move to the Lancashire club at the end of the season. With Forest struggling in the league and looking increasingly likely to be relegated, Keane negotiated a new contract with a relegation escape clause. 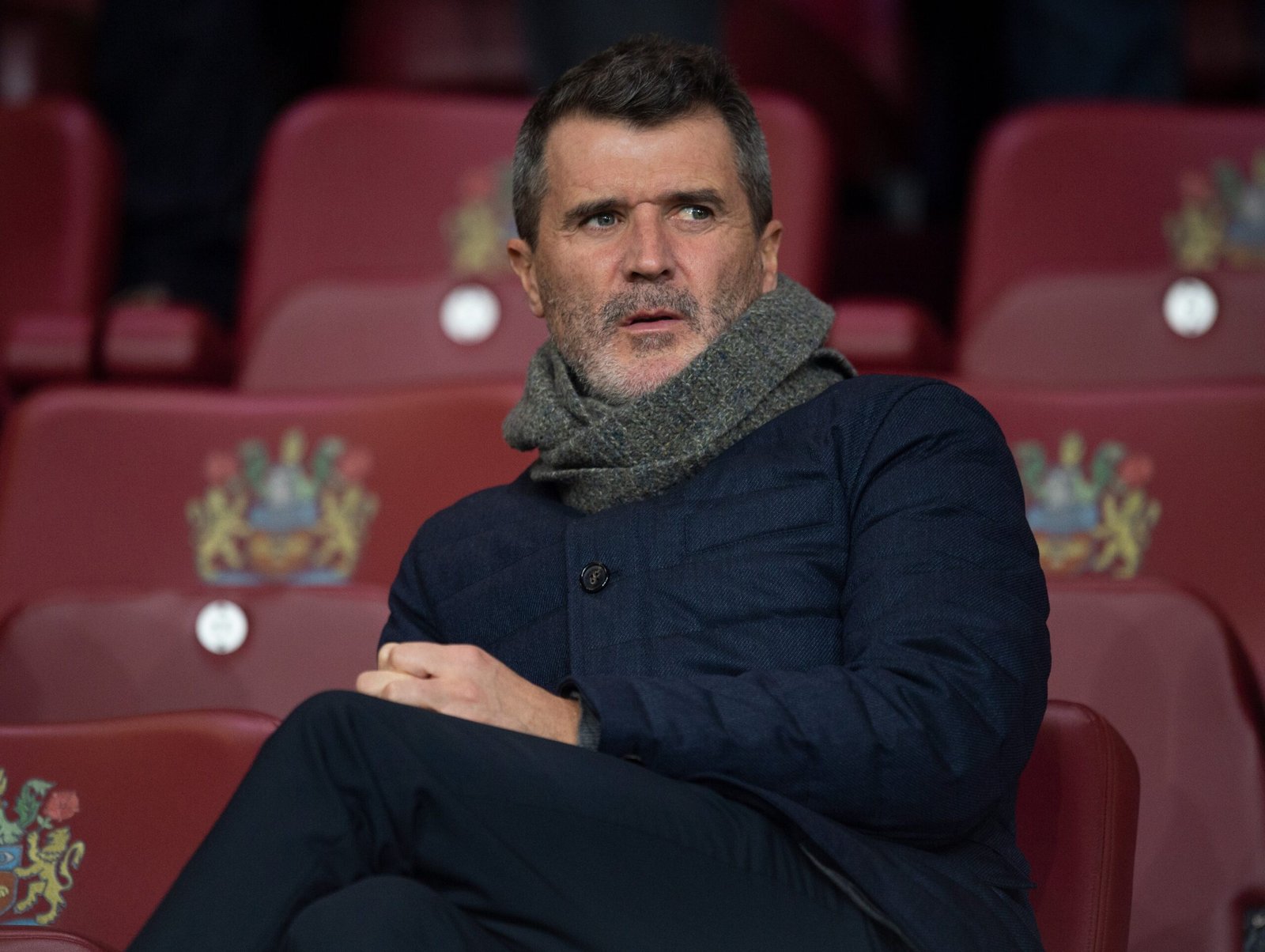 Despite the extended contract negotiations, Forest fans voted him the club’s Player of the Season. Despite his best efforts, Keane could not save Forest from relegation, and the clause in his contract became activated. Blackburn agreed to a £4 million fee for Keane, who soon after agreed to a contract with the club.

Regardless of the then-record transfer fee, there was no guarantee that Keane would go straight into the first team. Paul Ince and Bryan Robson had established a formidable partnership in the centre of midfield, having just inspired Manchester United to their first league title since 1967. Robson, however, was 36 years old and in the final stages of his playing career, and a series of injuries kept him out of action for most of the 1992–93 season and into the 1993–94 season.

As a result, Keane had an extended run in the team, scoring twice on his home debut in a 3–0 win against Sheffield United,[18] and grabbing the winner in the Manchester derby three months later when United overturned a 2–0 deficit at Maine Road to beat Manchester City 3–2.

Keane had soon established himself as a first-choice selection, and by the end of the season, he had won his first trophy as a professional as United retained their Premier League title. Two weeks later, Keane broke his Wembley losing streak by helping United to a 4–0 victory over Chelsea in the FA Cup Final, sealing the club’s first-ever “double”.[20]

The summer of 1995 saw a period of change at United, with Ince leaving for Internazionale, Mark Hughes moving to Chelsea and Andrei Kanchelskis being sold to Everton. Younger players such as David Beckham, Nicky Butt and Paul Scholes were brought into the team, which left Keane as the most experienced player in midfield.

Regardless of a slow start to the 1995–96 campaign, United pegged back title challengers Newcastle United, who had built a commanding 12-point championship lead by Christmas, to secure another Premier League title. Keane’s second double in three years was confirmed with a 1–0 win over Liverpool to win the FA Cup for a record ninth time.

In August 2002, Keane was fined £150,000 by Sir Alex Ferguson and suspended for three matches for elbowing Sunderland’s Jason McAteer, and this was compounded by an added five-match suspension for the controversial comments about Håland.

He used the break to undergo an operation on his hip, which had caused him to take painkillers for a year beforehand. Despite early fears that the injury was career-threatening and suggestions of a future hip replacement from his surgeon, he was back in the United team by December.