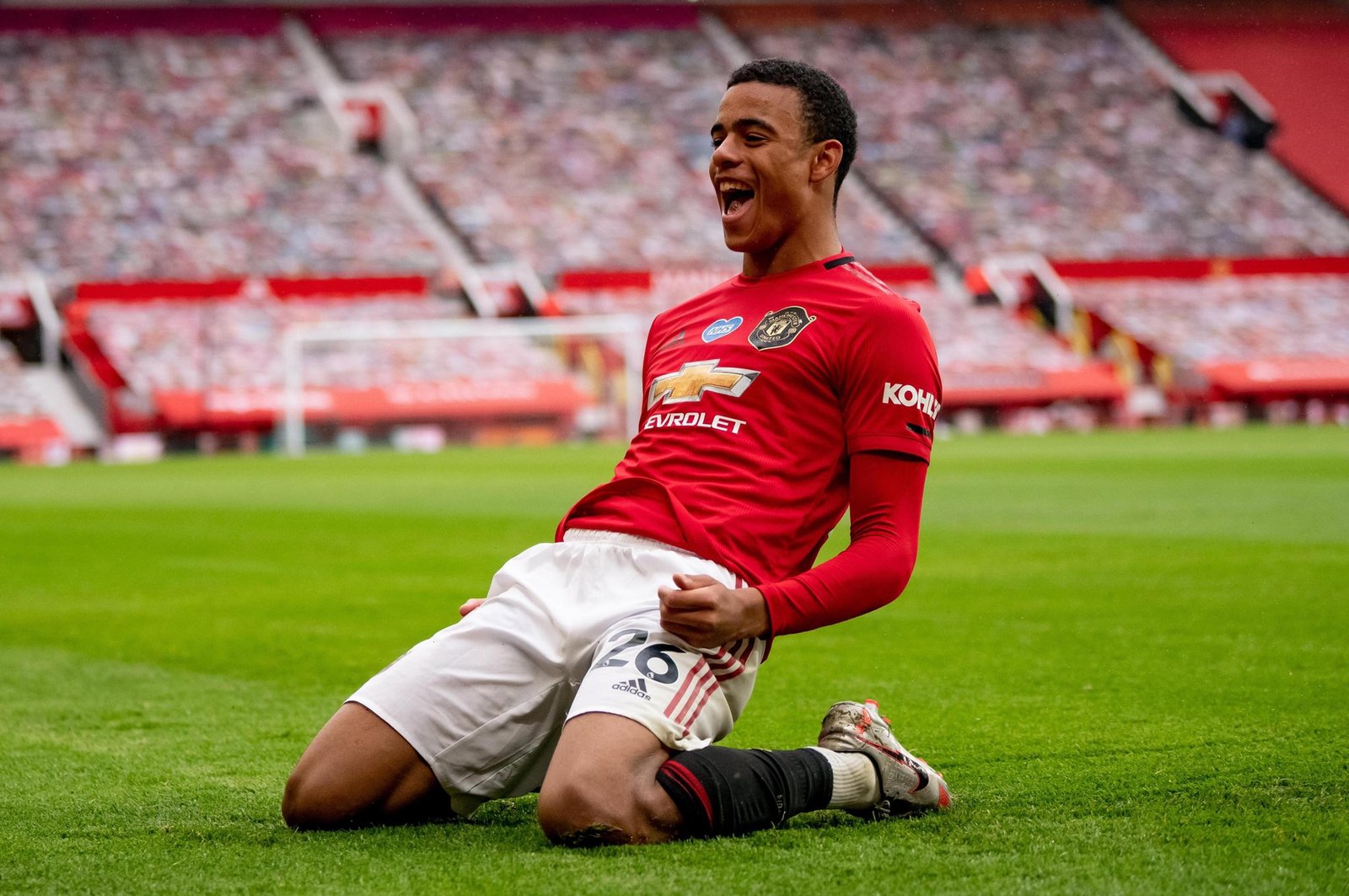 Manchester United has announced that Mason Greenwood will not train or feature in any match until when official communication would be out with regard to him. This comes after being alleged of assaulting a woman. The accusations include video, photographs and a voice note on Instagram, alleged to be the conversation between the woman and Greenwood released on Sunday morning.

The Club also said it does not condone violence of any kind. In a statement, Manchester United said they were aware of images and accusations circulating on social media, and that they would not make any comment until they establish facts. However, the club further announced that the 20-year-old would not return to training or play, until when official communication will be out over the alleged issue. 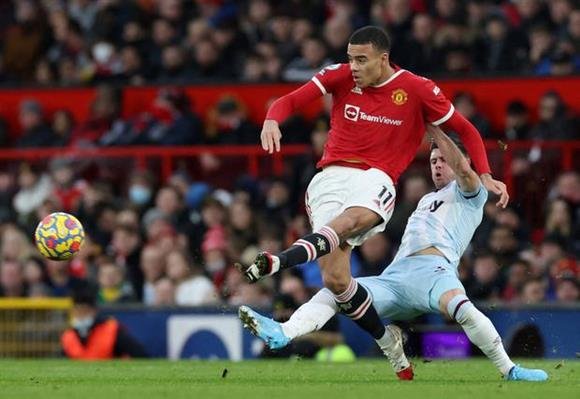 Greenwood in a past match/Getty Images

Having come through the youth system, Greenwood made his first start for United in a UEFA Europa League match against Astana in September 2019, in which he scored becoming the club’s youngest ever goalscorer in European competition at 17, with his senior international debut for England came in September 2020, in a UEFA Nations League game against Iceland.

He joined Manchester United at the age of six, playing at the club’s development school in Halifax. After progressing through the academy ranks, he joined up with the Under-18 squad for the 2017–18 seasons, despite being eligible for the Under-16s, and finished as top scorer of the U18 Premier League North with 17 goals in 21 games. In May 2018, Greenwood was named Player of the Tournament as the youth side won the ICGT Trophy in the Netherlands.

On 6 March 2019, under the management of Ole Gunnar Solskjær, Greenwood made his competitive debut as an 87th-minute substitute for Ashley Young in a 3–1 win against Paris Saint Germain in the Champions League. At the age of 17 years and 156 days, he became the second-youngest player to represent the club in European competition and the youngest ever in the Champions League era. Four days later, he made his Premier League debut from the bench in a 2–0 defeat to Arsenal to become one of the club’s youngest league debutants. 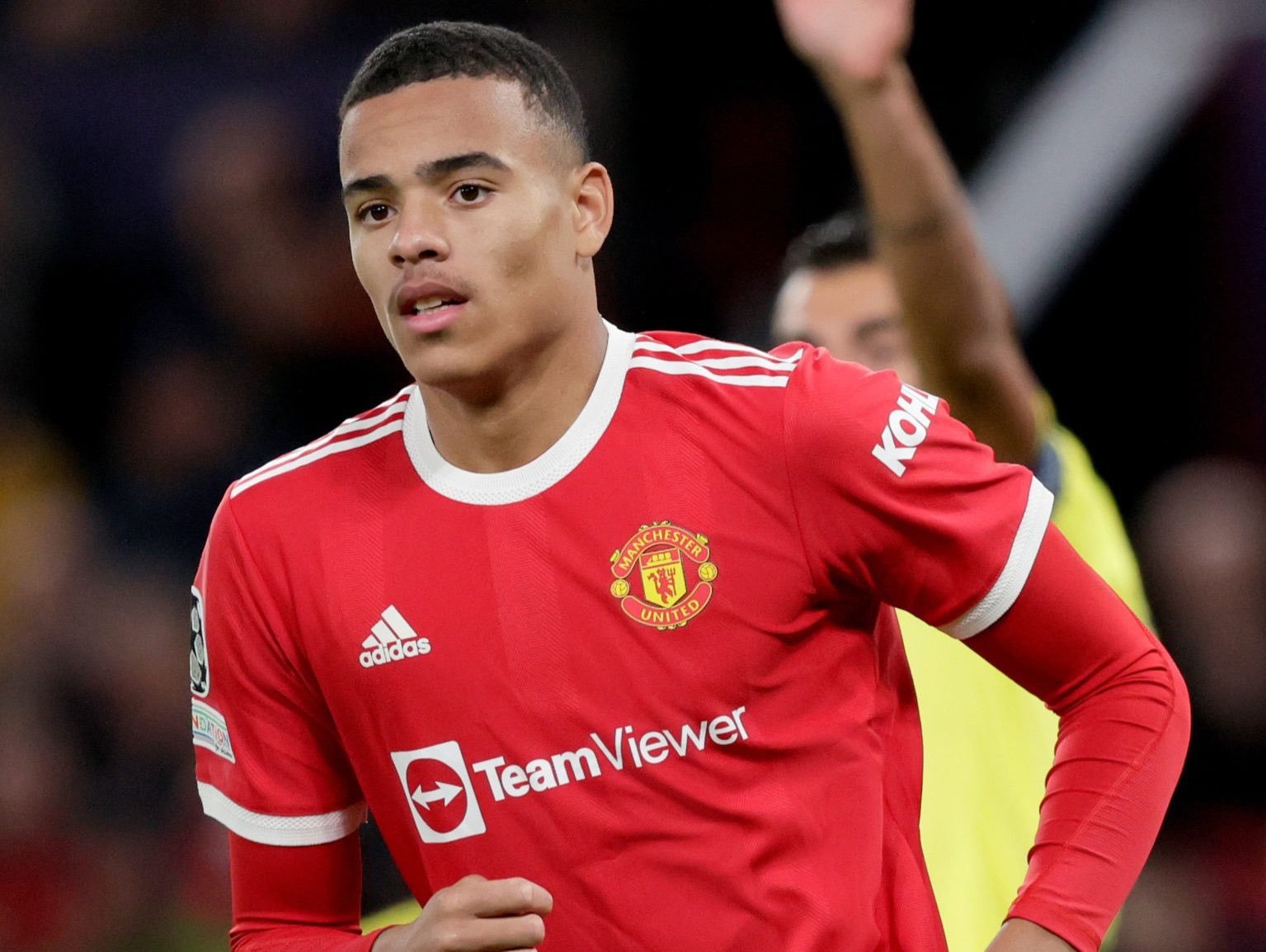 On 12 December, Greenwood scored a brace and won a penalty in the final game of the Europa League group stage against AZ Alkmaar. Manchester United won the game 4–0 and finished top of their group. He scored the equalising goal against Everton on 15 December. On 11 January 2020, after failing to score in 3 consecutive matches, Greenwood scored once in a 4–0 demolition of Norwich City. Fifteen days later, he scored his first FA Cup goal as United washed away Tranmere Rovers 6–0. Greenwood scored again four weeks later, in a 3–0 league win against Watford. On 12 March, he scored his fifth European goal during a 5–0 win over LASK of Austria; becoming the first teenager to score at least 5 goals in a single European season for United.

Greenwood celebrates his score in a past match/Getty Images

Following a three-month suspension of football caused by the COVID-19 pandemic, Greenwood has played in all six of United’s matches as of 9 July 2020. He failed to score in the first three, but he delivered a total of four goals in the next three, including a brace in a 5–2 win against Bournemouth on 4 July. After that, he scored against Aston Villa; making him only the fourth player aged below 19 to score in three consecutive Premier League appearances and the first since Francis Jeffers did so for Everton in 1999.

After wearing the number 26 for his breakout season in 2019, Greenwood was given the number 11 shirt by Manchester United on 4 September 2020. He joined a famous list of players to wear the number 11 jersey, most notably Ryan Giggs, a fellow academy product who retired in 2014 as the leading appearance maker for Manchester United with 963. On 22 September 2020, Greenwood scored his first goal of the season in a 3-1 away victory over Luton Town in the third round of the EFL Cup.

On 2 February 2021, Greenwood played a full 90 minutes in Manchester United’s Premier League record-equalling 9–0 home wins against Southampton. On 21 March 2021, Greenwood scored again in the FA Cup quarter-finals against Leicester City as the only scorer for United in a 3-1 away defeat. On 4 April 2021, Greenwood broke his 4-month goal drought in the Premier League, scoring the winner against Brighton & Hove Albion which ended 2-1 at home.

Greenwood excelled in April with 4 league goals in 4 matches including a brace against Burnley. This had earned him his first nomination for Premier League Player of the Month which was won by teammate Jesse Lingard who was on loan at West Ham. On 29 April 2021, Greenwood scored his first goal in the UEFA Europa League for the season against Roma during the first leg of the semi-finals in a 6-2 home victory.

On 9 May 2021, Greenwood continued his fine goalscoring form with a goal against Aston Villa in a 3-1 away win. Two days later, Greenwood scored against Leicester City, assisted by Amad Diallo, in a 2–1 defeat; the goal was the first time in 15 years a teenager assisted another for a Premier League goal. On 26 May 2021, the 20 year- old played in his first cup final in the 2021 Europa League against Villarreal at the Stadion Gdańsk.

He played 100 minutes before being substituted in the first period of extra time for Fred, the match was even at 1-1 before it went to penalties which ended 12-11 to Villareal. On 22 August 2021, in the second match of the Premier League season, Greenwood scored against Southampton in a 1–1 draw. On 29 August 2021, Greenwood scored the goal that secured a 1–0 win over Wolverhampton Wanderers.

Thus, becoming the second teenager in Premier League history after Robbie Fowler, having scored in each of his team’s first three games of a season and helped United break the record of most consecutive away matches undefeated in English football history with 28. On 8 December 2021, Greenwood scored his first goal in the 2021–22 UEFA Champions League against BSC Young Boys in a 1–1 draw for interim manager Ralf Rangnick’s first Champions League game with the club.