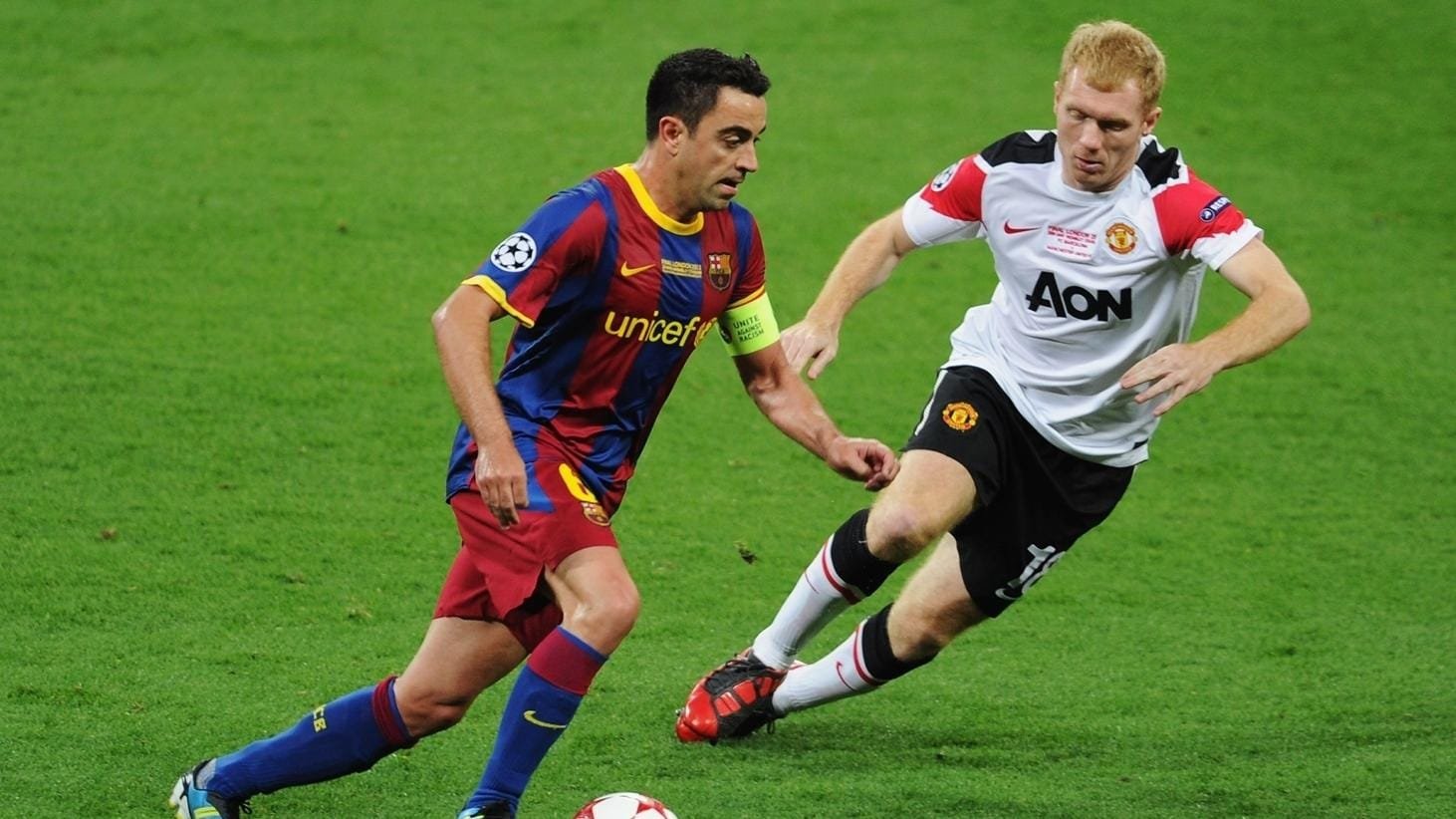 Following the dismissal of Ronald Koeman, Xavi Hernandez was named as Barcelona coach to salvage them from ongoing tribulations both in the League and in the Champions League.

The World Cup winner was in charge of Al Sadd, but the Qatar side has already announced his departure, with a return to Barcelona likely to be announced in the coming days. 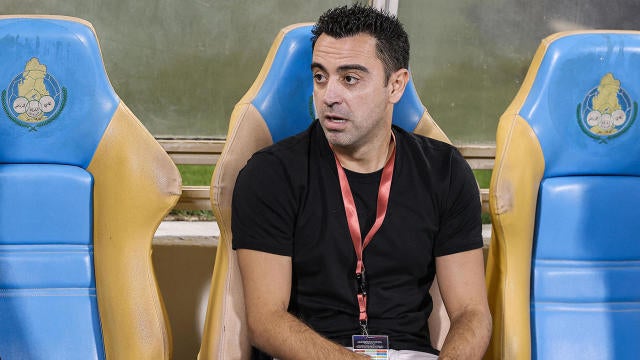 Xavi was previously captain at Barcelona and enjoyed enormous success during his time at the club.

Here, we look at some of his greatest moments in a Barcelona shirt.

Having come through the ranks at La Masia, Xavi would eventually make his first-team debut for Barcelona in the 1998-99 season.

Though he would make appearances in the Copa Catalunya and the Super Cup, his La Liga debut came on 3 October 1998 in a fixture against Valencia.

He started the match in midfield alongside Phillip Cocu and future boss Luis Enrique, with Patrick Kluivert, Rivaldo, and Sonny Anderson the scorers on the day.

Xavi’s initial performances in his first couple of years in the first team were so impressive that he became the club’s primary playmaker in midfield, usurping Pep Guardiola to that role after an injury to the future Barca head coach in 1999/00.

Xavi was Barcelona’s vice-captain for a decade between 2004 and 2014, with talismanic Carles Puyol the captain for that period.

In 2014 when Puyol retired, Xavi actually came extremely close to leaving also only to be convinced to stay by the newly appointed coach and former team-mate Luis Enrique.

After the departure was scrapped, Xavi was named club captain, a role he would fulfill until he eventually did leave in 2015.

Barcelona 5-0 Real Madrid in the Clasico

In one of the most famous Clasico matches in history, Barcelona demolished Real Madrid 5-0 at Camp Nou.

Barca was in the midst of the hugely successful Guardiola era in 2010 when Jose Mourinho’s Madrid arrived at Camp Nou for a La Liga fixture. 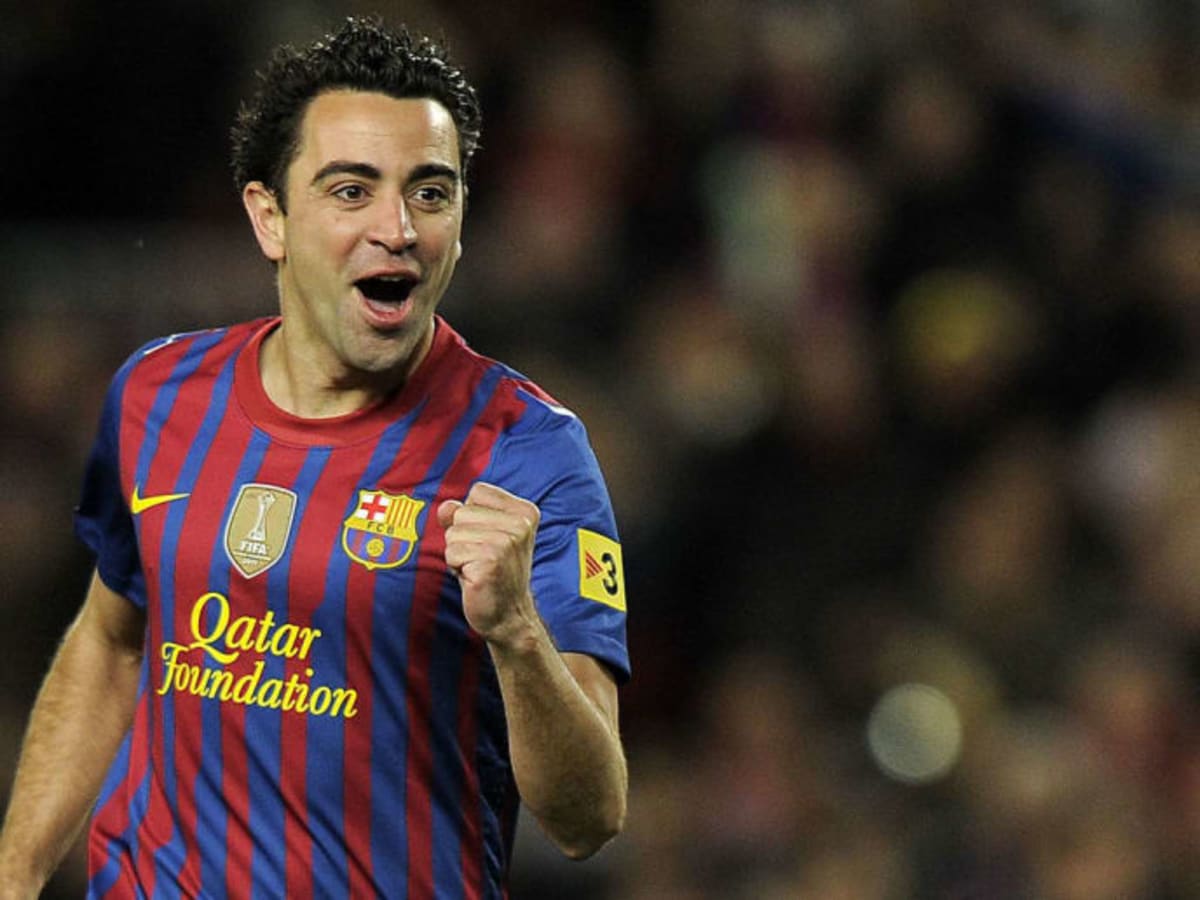 Los Blancos, despite having a superstar team of their own with the likes of Cristiano Ronaldo and Karim Benzema in their ranks, were humbled by their arch-rivals.

Xavi was astonishing on the night and ran things in the middle of the pitch with ease, linking up with Sergio Busquets and Andres Iniesta in that famous midfield three.

Not only that, but he actually scored a rare goal as he finished with a left touch over the oncoming Iker Casillas.

In the 2009 Champions League final, Xavi recorded an assist for Messi to nod a header home to make it 2-0 against Manchester United.

Two years later the teams would face off again, and Xavi would again be mercurial in midfield.

Barca would defeat Man United 3-1, and following the game, Sir Alex Ferguson would famously say: “Nobody’s given us a hiding like that. In my time as manager, it’s the best team I’ve faced.”

Xavi himself would say:

It was a Barcelona, and probably a Xavi, at the peak of their powers.

Xavi was only Barcelona captain for one season, but in that season the club just happened to win the treble.

Overall, he made 44 appearances in all competitions that campaign despite the purchase of Ivan Rakitic, who pushed him hard for minutes alongside Busquets and Iniesta.

Unfortunately for Xavi, he was named on the bench for the 2015 Champions League final against Juventus, but he would eventually come on to help the Blaugrana secure the win.

Nobody could begrudge him for lifting the famous trophy as one of his final acts as a Barcelona player, and captain.

One of Xavi’s greatest ever performances in a Barcelona shirt was reserved for the grand stage of the Champions League, a quarter-final against PSG specifically.

In the 2012/13 season, Barca headed into a quarter-final second leg clash against the French giants following a 2-2 draw from the first leg.

Javier Pastore gave the visitors the lead in the second leg at Camp Nou, only for Messi and Pedro to combine to score the equalizer which saw Barca progress to the semis.

While that pair stole most of the headlines, Xavi remarkably recorded a 100% success rate in his passing that evening.

It was the first time in the history of the Champions League a player achieved such a feat.