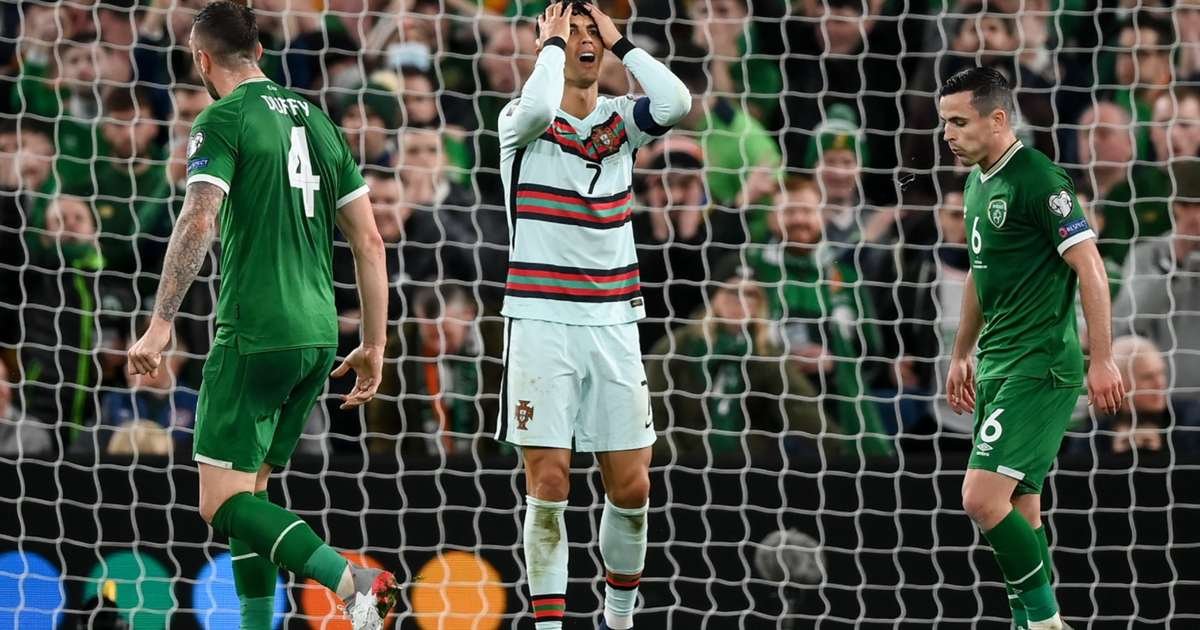 Italy Portugal to miss 2022 FIFA World Cup, the world cup is set to be played in Qatar after the two most recent European champions were drawn in the same playoff path.

Roberto Mancini led Italy to a Euro 2020 triumph this year back in the summer, yet the Azzurri failed to qualify automatically for next year’s World Cup.

Switzerland progressed instead as the group leaders and Italy settled for the play-offs. 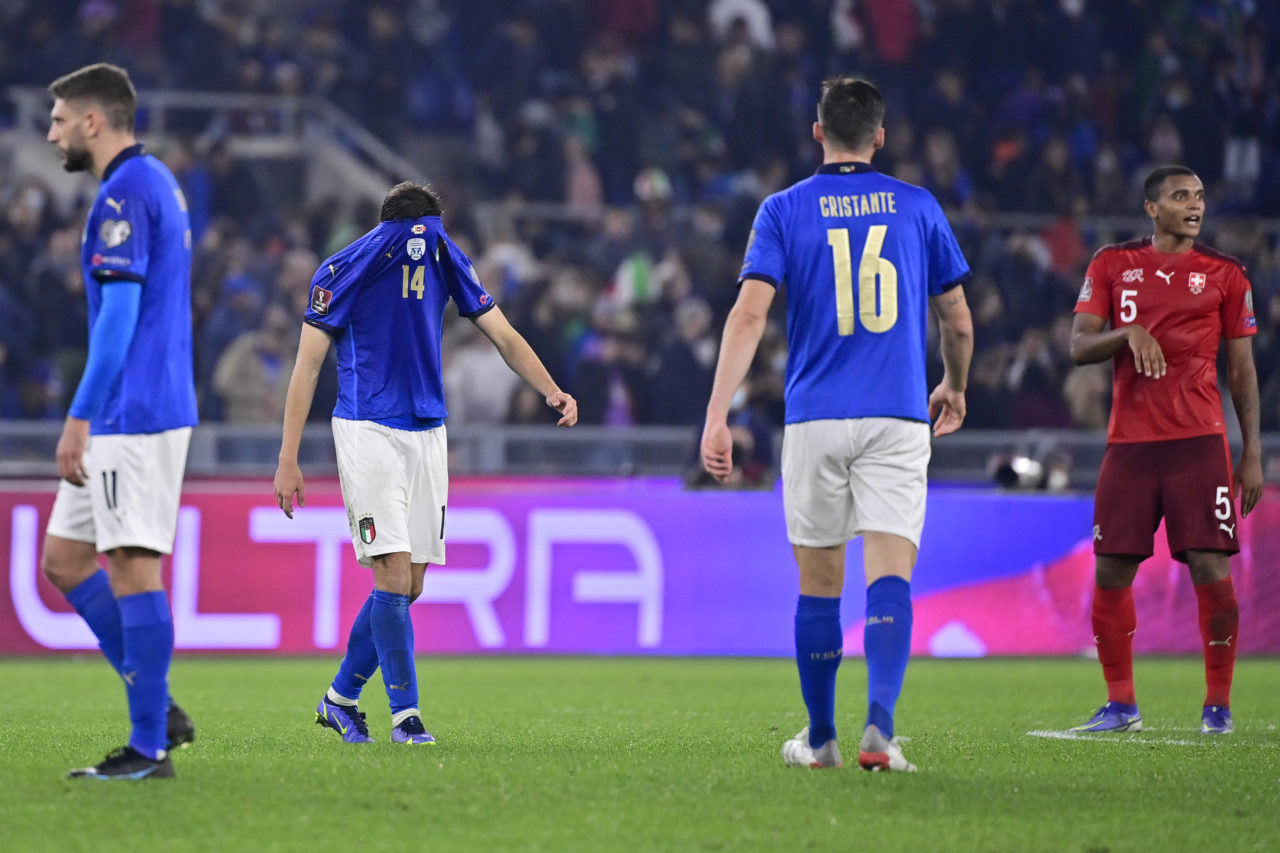 Italy failed to make a direct qualification after failing to beat Switzerland in the group qualifiers. They will play in the playoffs in March 2022. | PHOTO: Sky Sports Italia |

Other teams, that didn’t qualify?

Portugal, Euro 2016 winners, also fell short, finishing three points behind Serbia in Group A, after losing 2-1 to Serbia in the last match of the qualifiers earlier this month, thanks to a late header goal by Aleksandar Mitrovic.

And now two of the best  European heavyweight teams will fail to appear in Qatar, with both teams drawn together in Path C of the play-offs, which will take place in March 2022. 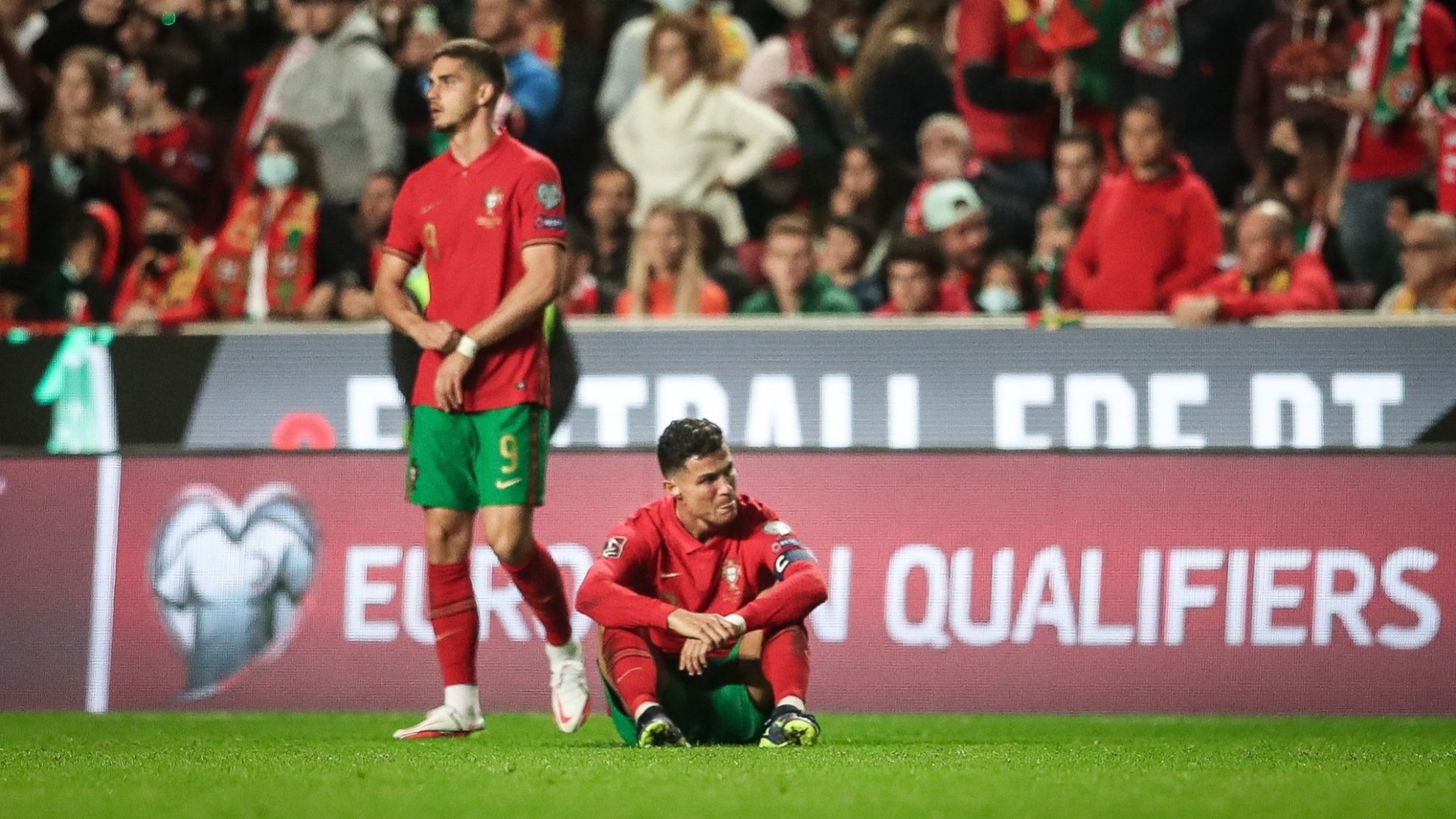 Portugal players were upset after the loss to Serbia which crumbled their chances of direct qualification to the 2022 FIFA World Cup. | PHOTO: Getty Images |

Italy Portugal to miss 2022 FIFA World Cup and Italy was drawn in a semi-final against underdogs North Macedonia.

who are aiming to make their first appearance at a World Cup, while Portugal will face Turkey.

All you need to know about Portugal

Should they progress, Portugal will have home advantage in the Path C final to determine which team progresses to Qatar.

This was the first time Italy missed the World Cup since 1958 after losing to Sweden in the playoffs and Mancini will be keen to avoid the repetition of the same next year.

Path A threw up the possibility of Wales going up against Scotland for a place in the finals, should they overcome Austria and Ukraine.

In Path B, 2018 hosts Russia will host Poland, whilst Sweden will play the Czech Republic.

The winner of Russia v Poland will host the Path B final.

Below is the Play-offs draw in full