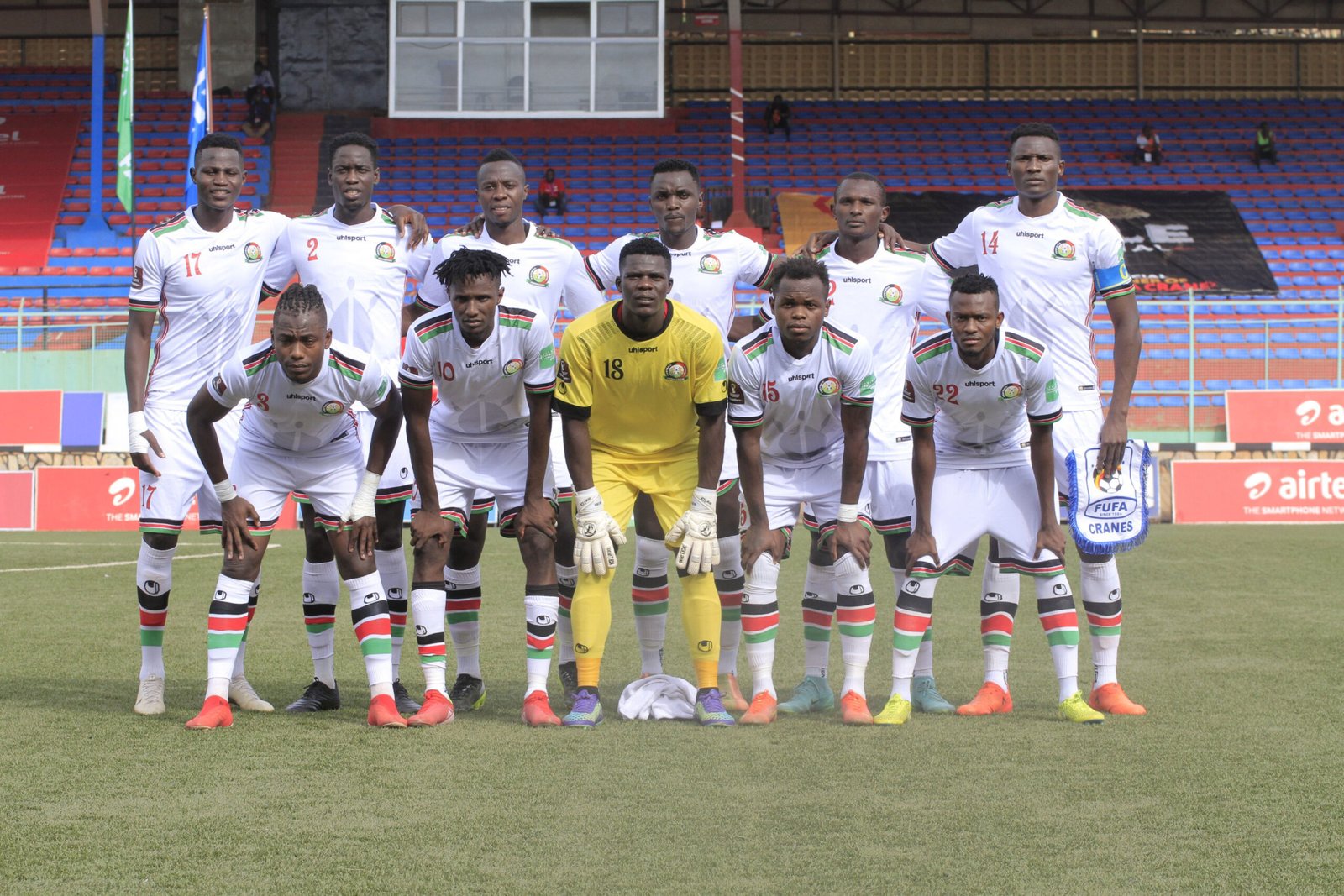 Kenya were headed for their first win of the qualifying phase as they led the Uganda Cranes 1-0, but conceded a cheap goal in the 90th minute courtesy of an error from goalkeeper Brian Bwire.

The goalkeeper had looked to have picked the ball off the ground as he ran down the clock, but Uganda striker Fahad Bayo looked to have kicked it out of his hands with the referee allowing the goal to stand.

“I think that is a foul any day because he kicked the ball after the keeper had picked it. But the goalkeeper should have done better and picked the ball in time,” said an infuriated Engin Firat, the Harambee Stars coach.

He added; “We played better in this game and we created many chances to score. This has been the problem that we create good opportunities but don’t make use of them. But we will try to be better in the last game against Rwanda.”

Stars got into the lead in the 62nd minute when Olunga headed home at the backpost off an Amos Nondi freekick. Bwire had played part in the goal, sending a quick counter to Abdallah Hassan who was fouled leading to the freekick.

Meanwhile, Mali progressed to the play-off round after beating 10-man Rwanda 3-0 in Kigali on Thursday.

Mali finished match day five with 13 points, attaining an unassailable four-point lead over second placed Uganda Cranes who they meet in the last match day on Tuesday in Morocco.

Mali were determined to wrap up the qualification especially after Uganda’s draw and they did so, scoring two goals in two minutes. Rwanda were handicapped from early on when Djabel Bizimana was sent off after a straight red card in the seventh minute of the game.

Mali made full advantage of the numerical prowess and scored the opener in the 19th minute through Moussa Djenepo. Just a minute on the turn, the on-fire Ibrahima Kone doubled their tally with the second goal.

They added the third to seal the game with two minutes of regulation time left when Kalifa Coulibaly’s long range shot on the volley dipped into the bottom left corner.

Meanwhile in other matches, Benin moved top of Group J with a 2-0 victory over Madagascar in Cotonou. The maximum haul sees them scale to 10 points, two ahead of DR Congo who earlier beat Tanzania 3-0 in Dar es Salaam.

The two sides will face off in the final match day of the group on Sunday with Benin just needing a point to progress.

Jodel Dossou starred with a goal and an assist as Les Squirrels powered top of the group. He gave his side the lead two minutes from half time.

Benin buried the game in the 79th minute through Steve Mounie. Off a devastating counter attack, Dossou picked the ball on the right before squaring back to Mounie who did the simple task of side-footing the ball home.

At the same time, South Africa handed themselves a precious opportunity to progress after beating Zimbabwe 1-0 to move to 13 points, three ahead of second placed Ghana who were held to a 1-1 draw by Ethiopia earlier on.

After a cagy start, South Africa got into the lead when Teboho Mokoena headed down the ball brilliantly across the face of goal to the far post off a well weighted Keegan Dolly cross from the right.

South Africa and Ghana face off in the last match of the group in Accra and the Black Stars have to win at all costs to ensure they progress to the play-off round.