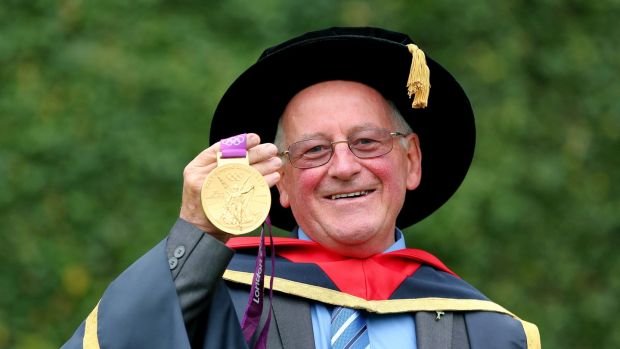 Kenya is an athletics powerhouse with legendary athletes remaining etched in the world’s history over their sterling performance. And as much as these names remain popular, Irish Patrician Brother Colm O’Connell remains a prominent figure.

O’Connell’s role in Kenyan athletics is phenomenal. The 800m world record holder David Rudisha owes his track success to O’Connell. It is O’Connell who discovered his talent when he was 15 years old and nurtured it.

Why Is Colm O’Connell Popular In Kenyan Athletics?

Interestingly, O’Connell is a native of Mellow Island and joined St Patrick’s High School – Iten in 1976 as a teacher. He was then a young man aged 28.

He became the school head in 1986 and is credited for shaping the lives of athletic giants from Rift Valley.

The likes of Olympic medalist Wilson Kipketer, Wilson K Boit, Mike Kosgei, Peter Rono among others passed through his hands.

A walk through the school decades later has fond memories of these great athletes. They each have a memento around the school inscribed with their names.

It is at St Patrick’s that the Patrician Brother took his athletics coaching to a new level. Coupled with resilient athletes he took a leap of faith in them and they did not disappoint. 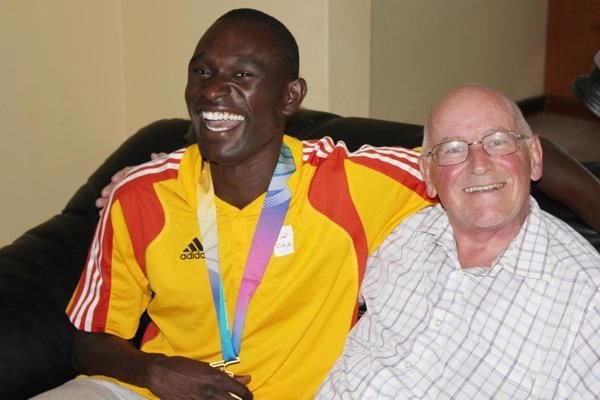 Ten years after his stay in Kenya, he headed out with his elite team for the Summer Olympic Games. Surprisingly, he returned with nine medals – including four god medals.

And O’Connell has never forgotten how good it felt when his first mentee, Peter Chumba ran barefoot and won on the international stage.

“We had a boy called Peter Chumba, he ran bare-footed,” he tells the Irish Times. “He won. That was the first time I thought, ‘Our success has gone beyond Iten.’”

After years of relentless coaching, Peter Rono gave him the first Olympic gold medal in the 1988 Seoul Olympics.

In 1986, Rono clinched a silver medal in the 1,500m run in Athens. And then, he outdid himself in the Seoul Olympics by winning a gold medal.

Soon after, the likes of Wilson Kipketer under O’Connells’s stewardship did so well that they won gold medals. Kipketer and five other O’Connell’s mentees brought back gold home.

Kipketer, an outstanding 800m record holder has a sensational story with O’Connell. The Irish coach picked him out of nowhere and moulded an athletics giant who shook the world by clinching world titles.

Kipketer broke the world record four times. All this, O’Connell says is because Kipketer took his advice seriously on what running is all about.

What Is The Secret Behind Colm O’Connell’ Coaching Success?

It is pretty simple and easy to grasp, he says. For each of his mentees, they will tell you that O’Connell’s biggest challenge for them is mental strength.

This is a gospel he has preached for more than three decades that he has coached athletes in Kenya.

“I would say it’s the mental set of knowing ‘what is running?’, ‘what is it to do this sport?’” he says.

For him, winning doesn’t complete the equation but being an astute athlete does every day.

And in his mind, Rono who gave him the first Olympic gold medal remains special in his heart. He says seeing him run bare feet was a great message to aspiring athletes.

Brimin Kipruto, Mathe Birir, Rono, Rudisha, and Kipketer are his fine students who soared in the Olympics.

He adds that understanding the different needs of his trainees made it successful in the end. Because people are different and so are their expectations.

The Irish coach focuses not just on winning but on inspiring future generations. And this mindset has worked for him so well that wins always come back.

This cements his legacy as the Godfather of Kenyan athletics. And it is encouraging for a man who arrived in Kenya without any coaching knowledge – he only learned all about it by default.

When he first arrived at St Patrick’s High School, he was so green but being an assistant to Peter Foster  – Brendan Brother – made all the difference.

Foster was the track coach at the school then and he picked O ‘Connell despite all odds.

The Patrician brother learned fast and as much as he could and by 1976, he was a fully-fledged coach.