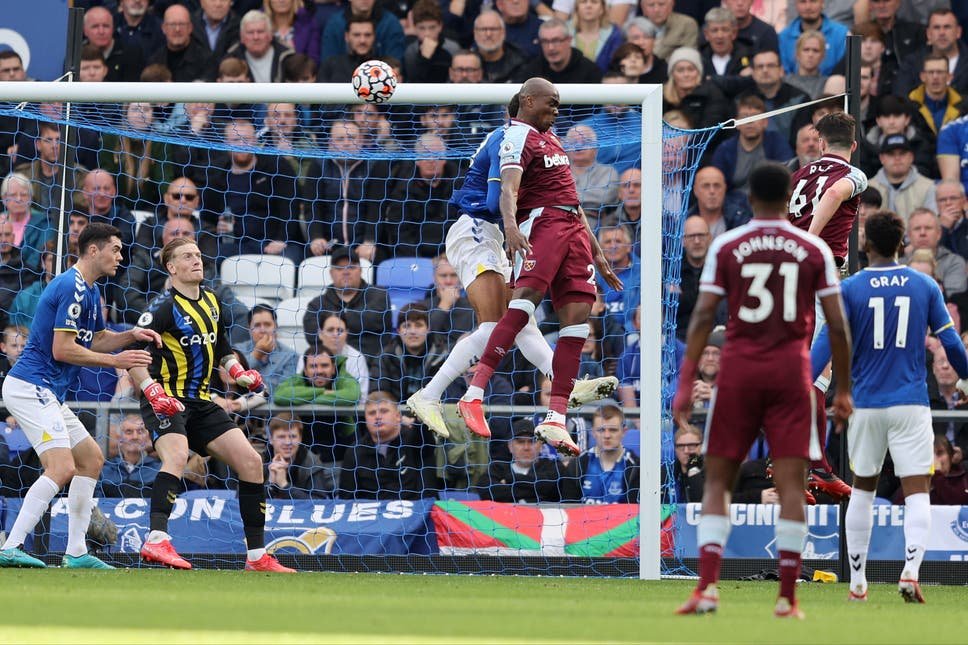 In a place he called home for eleven years, David Moyes understood the assignment well at Goodison Park and saw his team bag all the three points advantage of an away fixture thanks to Angelo Ogbonna, who headed home Jarrod Bowen’s 74th-minute corner.

In a hard-fought-to-score header from the corner spot, Angelo Ogbonna rose brilliantly high to contend with fellow teammates Declan Rice and Ben Godfrey only for Ogbonna to reach the ball first, heading home what would turn to be the winning goal for his side.

West Ham United was rather the better side in this competition and Moyes could have bragged more rights earlier in the first half if West Ham’s 34th-minute opening “goal” had been allowed. 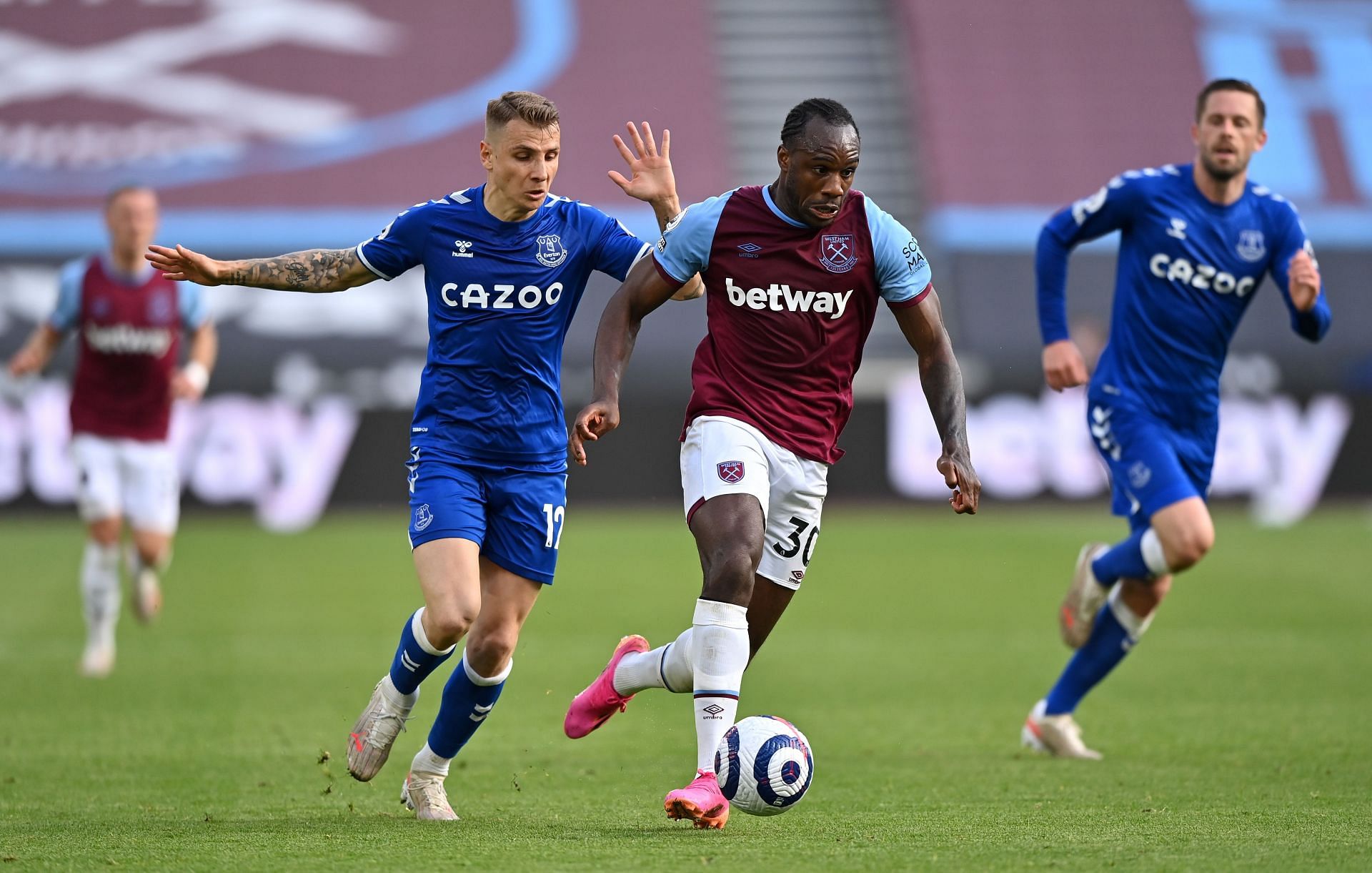 Algerian winger Said Benrahma’s impressive play picked up set Bowen with a good chance, firing in a shot but his effort was punched away by Pickford, to find Tomas Soucek forcing the loose ball over the line.

Replays showed Soucek to have been offside when the initial shot went in but a goal would have been a just return given the Hammers’ impressive start to the afternoon.

Indeed, when the hosts finally did break out of their own half, through the dangerous Demarai Gray, his 27th-minute cross should have been turned in by Alex Iwobi who miskicked from close range.

Andros Townsend in the first half provided a cross to find Abdoulaye Doucoure who could not do it better than a header firing wide.

Pablo Fornals wasted a glorious opening, curling a shot wide after being left unmarked in the area, while the otherwise impressive Antonio ended a blistering counter-attack with a wayward shot over from 18 yards.

A torrid start to the first half meant Everton goes in the dressing room to analyze, know and mend their mistakes in order to fight back a better side of West Ham United.

Immediately after returning from the break, Everton quickly started piling pressure to David Moyes’s side with Gray’s low cross whistling through the six-yard box and passing inches wide. 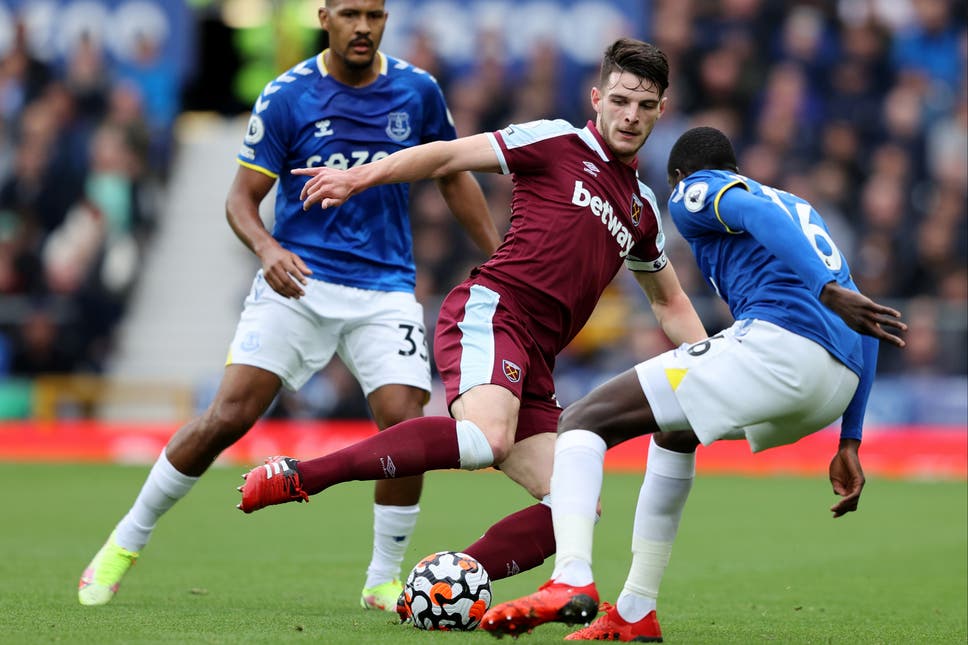 It was end-to-end stuff, as West Ham responded with a dangerous Bowen corner being turned behind by Pickford and another flag-kick ending with the England keeper saving from Benrahma.

An Iwobi shot was charged down and Rondon steered another header into the arms of the West Ham keeper as the action switched to the other end – misses that looked all the more costly when the visitors took the lead.

Speaking after the game Declan Rice praised his team’s performance for bouncing back from their defeat to Brentford in the last game.

“It was really tough today, I thought it was an excellent performance,” Declan Rice said.