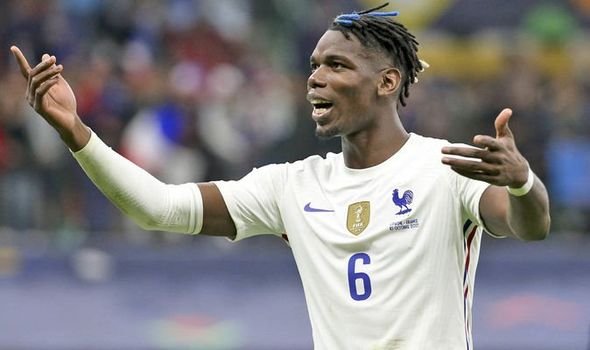 Carlo Ancelloti’s Real Madrid hopes of signing Man United’s midfielder ace Pogba have been renewed with reports indicating that the Madrid club will be looking to sign him come 2022.

Paul Pogba has been on the Real’s radar since his time in Juventus before he returned to Man United.

Pogba’s big personality and technical style appears well suited to the mentality of Real Madrid while he has struggled to find a position under Man Utd manager Ole Gunnar Solskjaer that truly brings out the best of his abilities.

Out of contract in the summer of 2022, there are doubts over Pogba’s future, and while he appears to be leaning towards an Old Trafford stay, AS reports that Madrid are ready to step up their pursuit of the World Cup winner.

The reasons that Real Madrid are ready to move for Pogba once again do not just relate to his ability, although it is reported that his performances in France’s successful Nations League campaign are a reason why he has caught the eye.

It is partly his understanding with his France colleagues that Madrid are interested in.

Pogba is spoken of highly by the in-form Karim Benzema, while his close friendship with Kylian Mbappe would be another highly attractive reason to sign him.

It is believed that if they get Pogba, it is simply another reason for Mbappe, whose Paris Saint-Germain deal is up in the summer, to follow him to the Bernabeu on a free transfer. AS reports that a deal can be done that will suit all parties. Pogba is not presently one of Man United’s best players despite his star status, and Real Madrid believe that if they can match his current wages he can fit into their salary scale.

While he would become one of the best-paid players at the club, there is a belief that his wages would not cause unrest in the squad.

If Pogba were to sign for Real Madrid, though, it may put an end to their hopes of capturing Erling Haaland from Borussia Dortmund, though given Benzema’s electric form this season, the Norway star may not be needed in the short term in any case.