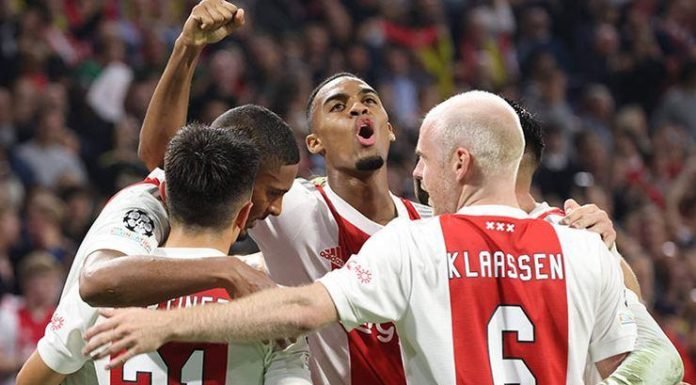 Ajax a more possession side smashed Borrusia Dortmund’s side 4-0 to take home a big win in the Champions League knock-out stage since three years ago when the club made it to the semi-finals.

Ajax have not lost any of their matches in Group C and crucial Tuesday night gives them an advantage of three points lead against Dortmund. Dortmund’s defense could not hold Ajax’s intense final third and impressive runs with no interceptions from the side always exposed their defenders to attack big time.

This is the biggest win Ajax has recorded against a German opponent since 1973.

Ajax’s composure and compactness throughout the game were key to taking three points on home turf. The players played exceptionally well and rarely did they make silly mistakes.

After a kickoff delayed slightly by smoke from fans’ pyrotechnics, Ajax needed just 11 minutes to take the lead. The buildup of pressure led to a free-kick out wide which Dusan Tadic curled toward the goal. It took a deflection off Marco Reus’ head along the way and went down as an own-goal.

Former Manchester United left-back Daley Blind was also on target to make it two goals, Daley Blind finished the ball that fell off the foot of the post after the ball fell to him on the edge of the penalty area following Dortmund players’ bungled attempts to clear.

With Dortmund still struggling to track Ajax players’ movement in attack, the hosts scored a third in the 57th when Brazilian winger Antony cut in from the right flank past the slow-to-react Emre Can and curled the ball inside the far post. 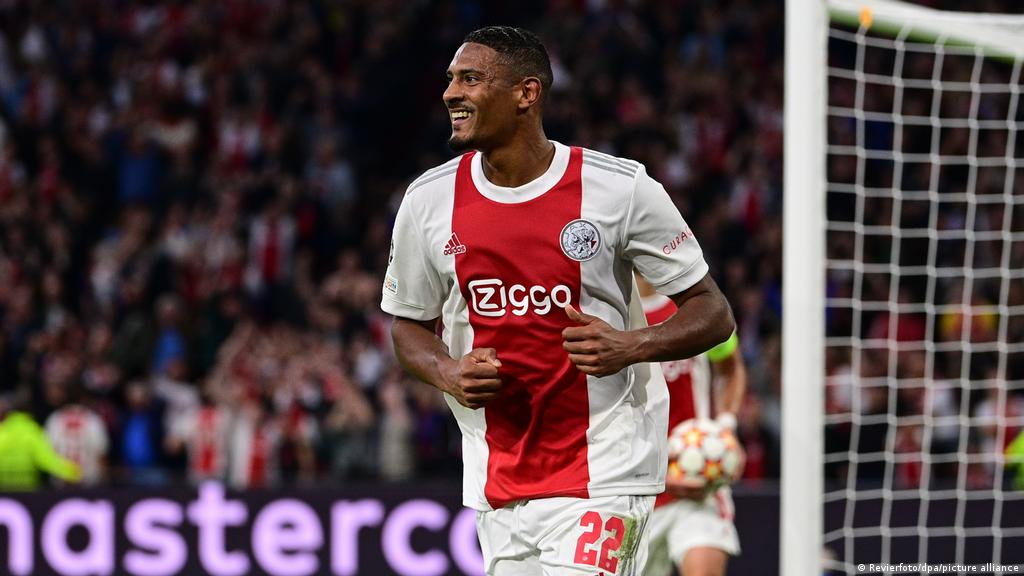 Sebastien Haller was in his prolific best, scoring the third to take his tally to six goals in just three Champions League games. The french-born Ivorian footballer used his strength and height to fire home the third goal for Ajax after holding off Emre Can and Mats Hummels.

“Everything was right this evening,” Ajax coach Eric ten Hag said. “They played really well in possession, but also in defense, pressing together with high intensity.”

It was such a disappointing night for Dortmunds striker Erling Haaland’s who has been a crucial pillar in Dortmunds wins.

The Norwegian was highly marked yesterday and was cut off from the rest of the team, he rarely had a moment of his own yesterday.

Ajax pressed well in midfield to cut the service to Haaland, back in European action after missing the last game against Sporting Lisbon with a muscle injury. One of the few exceptions came on the counter just after halftime when Haaland picked up a long ball from Hummels and hit a shot that goalkeeper Remko Pasveer pushed onto the crossbar.

In the other fixtures in Group C, Besiktas were beaten 4-1 by Sporting Lisbon.