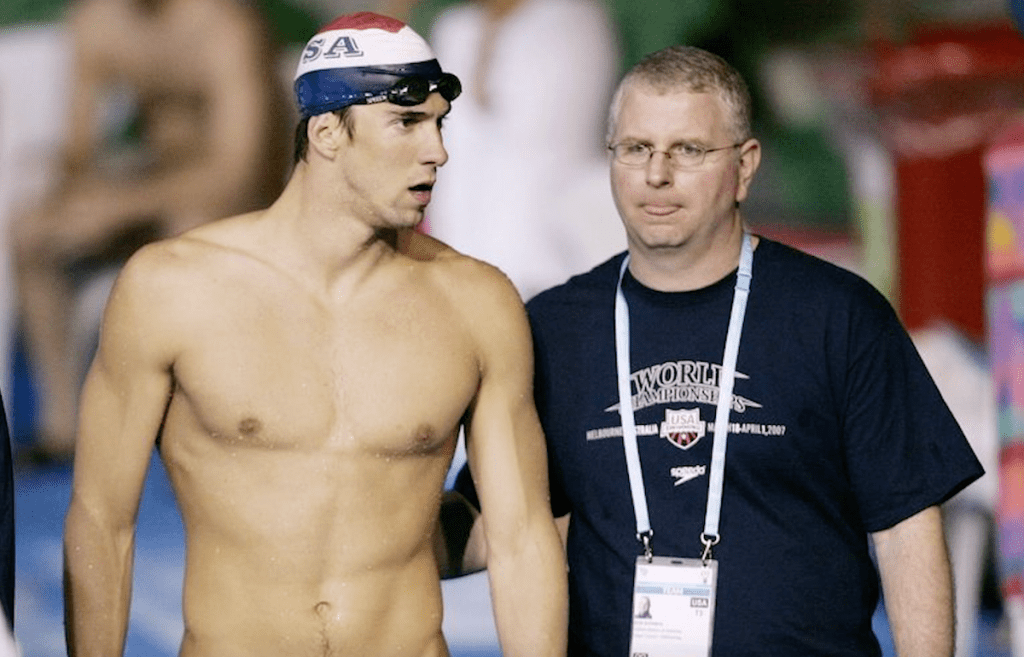 When he was only 7, decorated American swimming Olympian Michael Phelps decided to learn how to swim.

It was not for anything else but to stop feeling like a loser since his elder sisters were great swimmers.

His mother also pushed him to learn how to swim as a way to displace his energy – he had lots of it.

He then realized that he loved swimming a lot as soon as he started learning and became good at it. At 10 years, he joined North Baltimore Aquatic Club.

In the mid-90s he met coach Bob Bowman at the North Baltimore club and his future swimming graph took a draw since then.

Bowman saw Phelp’s potential and pushed him to attain greater heights during training. 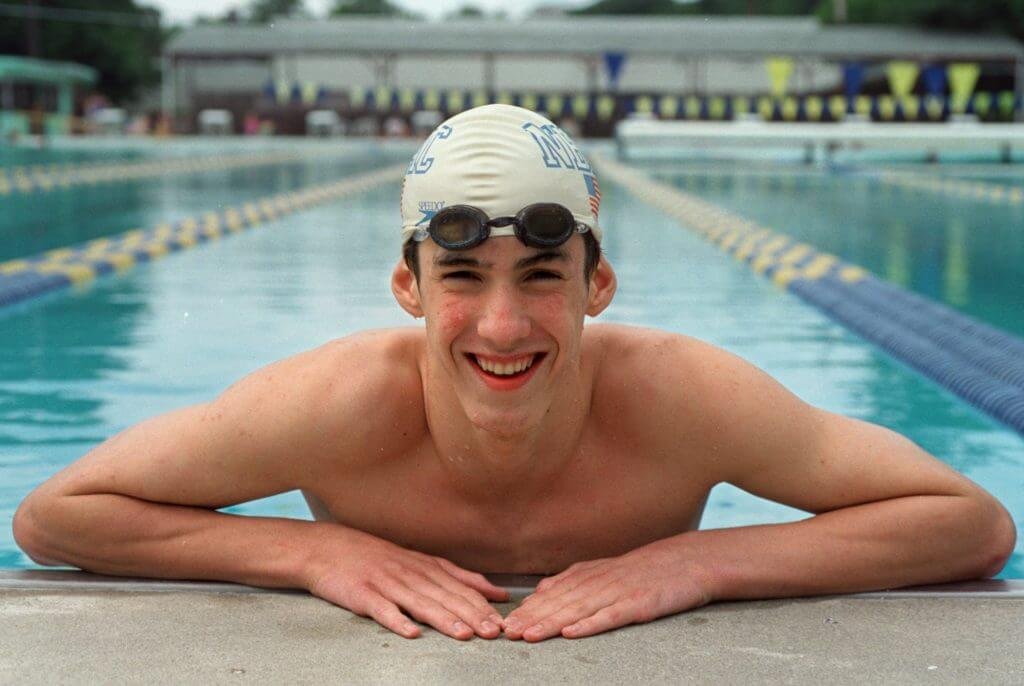 When he hit 14 years, Bowman’s efforts paid off as Phelps was picked for the U.S National B Team in 1999.

A year later, he made a major leap and became a pro swimmer and also broke history by becoming the youngest ever swimmer.

And this was the beginning of an inspiring journey for Phelps and Bowman who stuck together for the next 16 years.

Did you know that Phelps boast of 28 medals – 23 of them gold medals from his competitions?

Well, before he even got to the Olympics, Phelps smashed records during his first Games.

Phelps owes his success in the pool not just to his resilience and hard work but to Coach Bowman as well.

What Is Michael Phelps Relationship With Coach Bowman?

The 36-year-old athlete’s relationship with his coach is enviable. Since his teenage years, they two stuck on together and conquered the world together.

Phelps is glad that he trained with Coach Bowman who discovered his talent. He considers it the smartest move he’s ever made in his life.

In his swimming career, Phelps followed Bowman everywhere he went just to keep training with him.

Their friendship saw Phelps move to the University of Michigan in 2004 from Maryland. Bowman landed a role as the varsity’s head of the swimming programme.

Despite his glowing record, Phelps’ training is a no-go zone for an average swimmer. Every week, he covered 80,000m – about 50 miles.

His training session is swimming twice a day. And if he is training at a high altitude, he would increase the session.

His training technique included drills, kicking – underwater vertical and sculling. There was no single day he skipped all of this.

Bowman pushed him to the gym three times a week where he pulled and lifted weights.

In his entire career, he never missed 5-6 training hours for six days a week! He heartily thanks Bowman for this.

While some could ignore resting, it was mandatory that he slept for eight hours and took two to three naps during the day. This helped his body heal after too much strain and keep him away from injury.

When the exercise in confined rooms was too much, he headed out to Colorado Mountains for high-altitude training.

Phelps also has an elevated chamber in his bedroom which works as well as the Colorado Mountains.

This discipline is what compounded his swimming success more than a decade since he ventured into it.

Is It True That Michael Phelps Ate Too Much Calories?

There was a rumor that the Olympian gobbled up 12,000 calories a day to keep up his energy demands.

He, however, discounted this claim saying that he takes up to 10,000 calories daily to fuel his week-long 30 hours of training.

His meal plan was often accompanied by huge servings with a high protein and vegetable content. These are as important as the carbs themselves.

But the golden key to his success was a healthy mental state over and above training and maintaining a strict diet.

His mental state is laser-sharp and punctuated by determination and a strong work ethic.

These are what have held him for decades as champion.