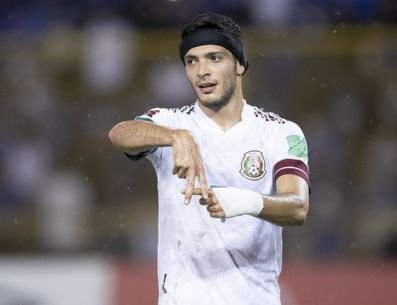 10-man Mexico cruised past 10-man El Salvador to remain top of the group in the road to 2022 QatarFIFA World Cup.

Moreno headed in Jesus Corona’s 30th-minute corner before Premier League star Jimenez rounded out the win with a penalty in the third minute of stoppage time to seal all the three points in their bag. 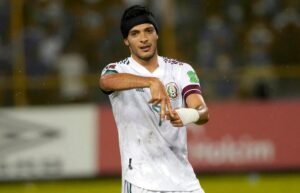 Napoli’s Hirving Lozano put an early chance wide, while Osvaldo Rodriguez also pushed a header off target before Moreno broke the deadlock with a glancing effort which crept in at the back post.

Both sides were then reduced to 10 men, with El Salvador losing Mario Jacobo to a straight red card for a foul on Rogelio Funes Mori in the 48th minute.

Mexico saw central defender Nestor Araujo sent off with 23 minutes remaining for a second bookable offence, ruling him out of next month’s crucial qualifier against the United States in Cincinnati.

Wolves’ Jimenez cushioned the victory with his late spot-kick having returned to the national team last month after suffering a serious head injury in November last year putting him out of the football pitch for almost a year. 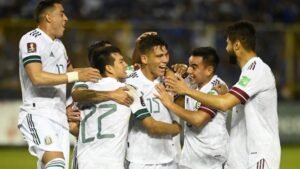 The win moved unbeaten Mexico to 14 points after six games, three points ahead of USA, who came from behind to beat Costa Rica 2-1 earlier on Wednesday.

With the international break now over, players will return to their respective clubs. Mexico next travel to the United States on November 13, in what will be a crucial match as it will be a decider on who comes out on top of this group. That same day will see El Savador host Jamaica.