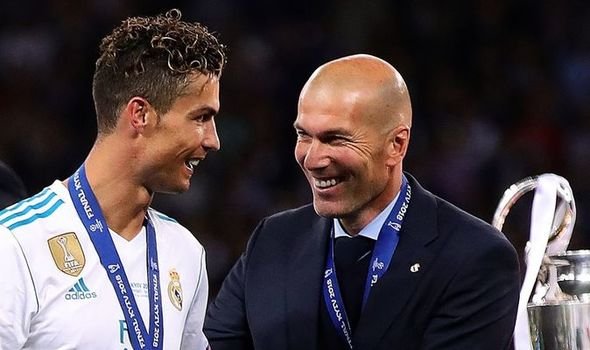 According to Mirror, the Manchester United forward recommended Zidane as the club’s manager as Ole Gunnar’s tenure nears the end.

Zidane is among four football heads that United is considering replacing Ole Gunnar.

This pushed United to sixth position in the Premier League and Ole Gunnar is taking the bullets for all this.

The tide against the Norwegian coach is high and thick as club players’ call for change at Old Trafford. 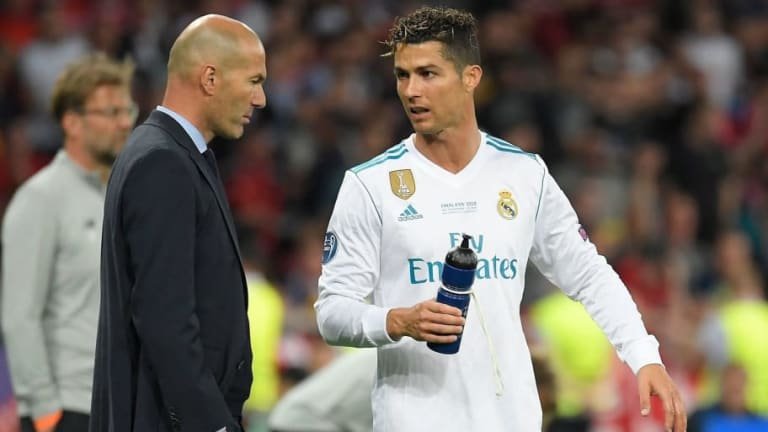 “We have been having these kind of games for a long time and haven’t found the problem,” Pogba told BBC.

He explained that with the pressure they are now getting from fans, some changes are needed.

A while back after a 1-1 draw against Everton, Fernandes poked holes in Ole Gunnar’s decisions.

“We have to learn and the time is now,” Fernandes said in an outburst.

He added:  “We cannot do this anymore. We did it so many times, we cannot slow the game down when we’re winning.

“We have to make it quicker, score once again, get one or two more goals and after that, maybe you can slow it down and make them run a bit more.”

Why Cristiano Ronaldo Recommended Zinedine Zidane To Manchester United Board

Zidane is currently jobless after his stint at Bernabeu came to an end.

Last month, there were reports that Zidane was being considered as a replacement for PSG’s Mauricio Pochettino.

Zidane, going by reports, resisted this move by PSG citing that his priority is coaching France ahead of the 2022 World Cup in Qatar.

But, PSG is adamant saying that they will allow him to take up the two roles together.

“He resists because he wants to coach France, but at PSG they reminded him that the next World Cup in Qatar is within the season and they would let him combine the two jobs.”

Is Manchester United Board Behind Ole Gunnar Solskjaer?

However, there are reports that United board is fully behind Ole Gunnar and would only consider a sack if United failed to finish among the top four.

Last month, there were reports from insiders suggesting that Solskjaer the club’s board is rallying behind him even as pressure mounts.

Red Devils lost to Aston Villa after Bruno Fernandes missed out on a penalty.

It followed yet another humiliating defeat by West Ham during the Carabao Cup.

Weeks back, United gallantly lost to Young Boys in a tearful 2-1 defeat.  These three losses turned the heat up for the Red Devils manager.

United handed the 48-year-old manager a three-year contract – finally putting the club’s fortunes in his hand.

Ronaldo’s return to United was a surprise move no one anticipated.

“We significantly strengthened the squad over the summer, with the addition of Cristiano Ronaldo, Raphael Varane, Jadon Sancho, and Tom Heaton,” Woodward said in a statement.

“These signings have demonstrated our continued ability to attract some of the world’s best footballers to Old Trafford, and our firm commitment to helping Ole deliver success on the pitch.

“We were delighted to welcome back Cristiano to the club, along with Raphael, Jadon, and Tom, to further reinforce the progress that our first team has been making under Ole.”

While the board’s support remains cardinal at this moment, he has confessed that he is aware his days at United are numbered.