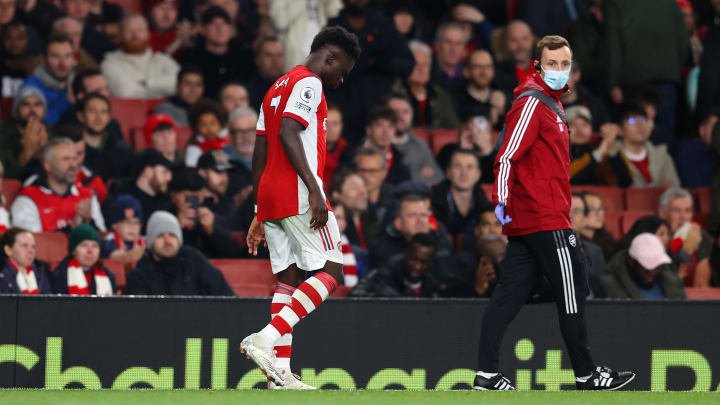 Arsenal will have winger Bukayo Saka available for selection for Friday’s Premier League game against Aston Villa having seen him limp off in Monday’s 2-2 draw with Crystal Palace.

The 20-year-old England international had to be replaced against the Eagles at half-time after getting a clumsy challenge that injured his right leg from Palace midfielder James McArthur.

Many in the Arsenal fanbase felt McArthur should have been sent off for the reckless look of the tackle, including Arsenal head coach Mikel Arteta – who was left raging that referee Mike Dean awarded just a yellow card to the Scot. 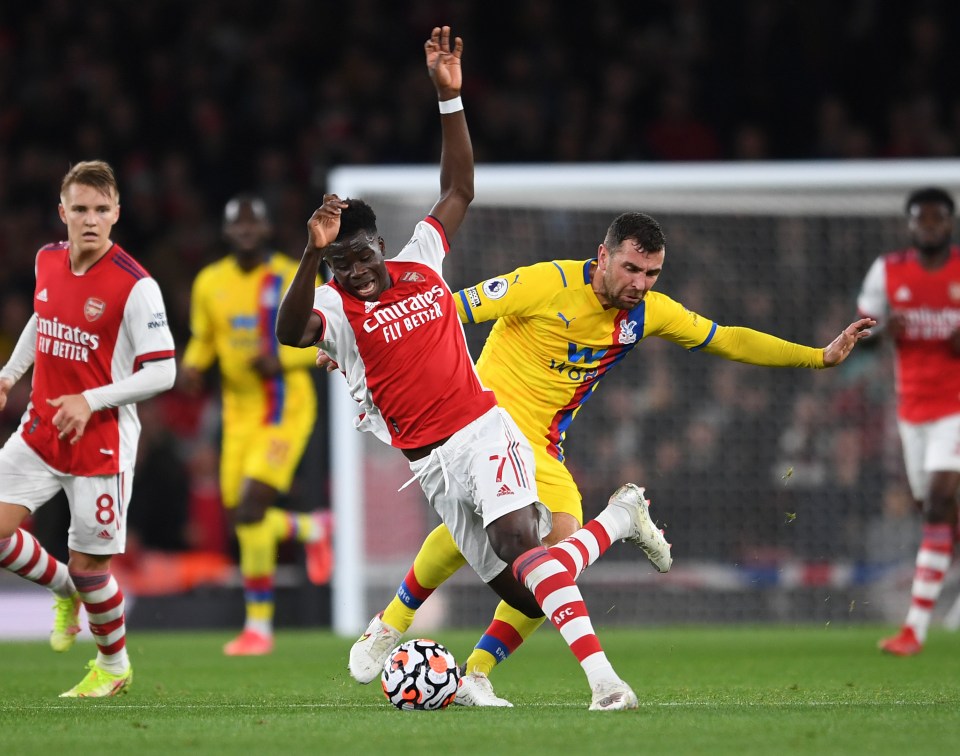 It was a clumsy challenge on Bukayo Saka by James McArthur when Arsenal hosted Crystal Palace on Monday in a Premier League meeting. | PHOTO: Courtesy |

“If we want to detect things that are really relevant in a game and can change a football match, then they have to be looked at,” Arteta said after the game, surprised that VAR Peter Bankes did not instruct Dean to change his decision.

“That situation is not only affecting them, but we have to take the player off because of the action so it is affecting it two different ways. It is not right.

“You need to make a straight decision when it is so clear and so obvious straight away and they have to play with ten men.”

But various UK media outlets including The Sun and Sky Sports have reported that Saka will not be out for some days as it had been reported earlier, and the England winger is in contention to start against Aston Villa at the Emirates on Friday after treatment on his calf. Arsenal vs Aston Villa will be the first game of another hectic weekend of Premier League action. 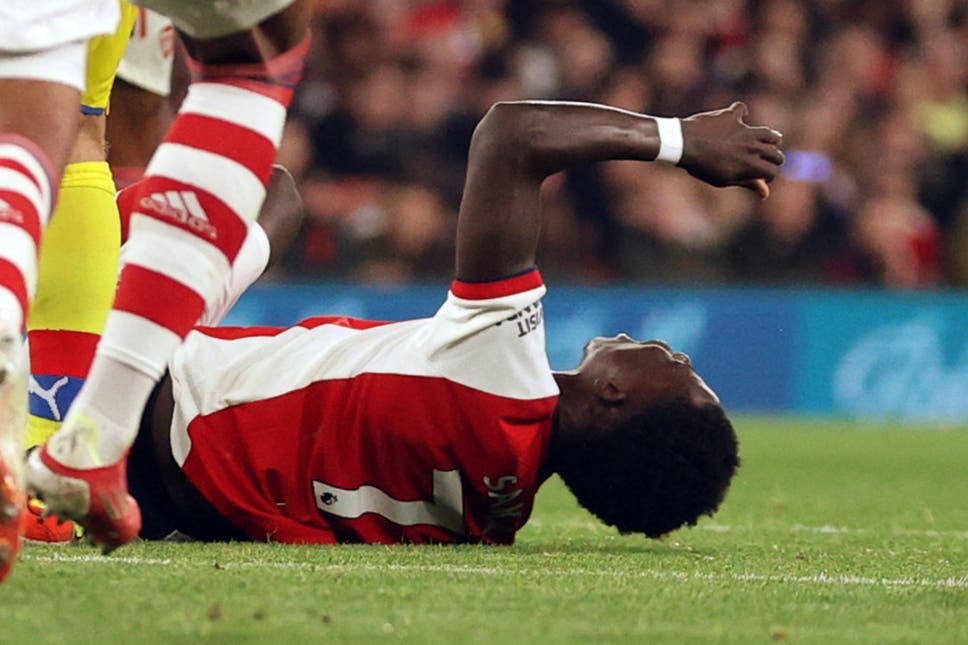 Arsenal’s Bukayo Saka was injured and could not continue against Crystal Palace and has since returned to training. | PHOTO: Courtesy |

The news is a huge boost for Arteta, who is slowly turning things around in north London after a desperately disappointing start to the season, although they are still struggling to find the net and Saka has been of huge help to the team. The Gunners lost their opening three Premier League games and sat alongside Norwich at the foot of the table, but have taken 11 points from a possible 15 since and are currently sitting 12th on the Premier League table

On Monday, they took the lead against Palace through captain Pierre-Emerick Aubameyang, only to see a second-half resurgence from Palace who turned the game around. Christian Benteke leveled the scores before Odsonne Edouard put Patrick Vieira’s men ahead, only for substitute Alexandre Lacazette to bag a stoppage-time equalizer for Arsenal. That was the third attempt Arsenal have failed to defeat the London neighbor Palace in the Premier League at home.

The last time Arsenal managed to win against the Eagles was in January 2018 when they crushed them 4-1 at the Emirates. Since then, the two have played four times at the Emirates, drawing three times and Palace winning once.