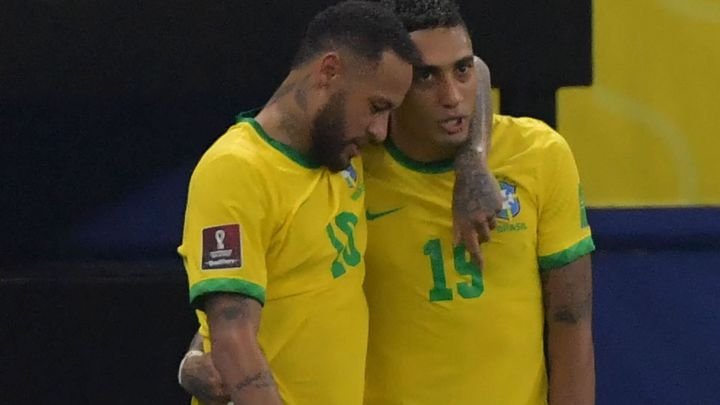 Brazil returned to winning ways and continued on their road to Qatar FIFA World Cup 2022 as Neymar and Raphinha starred in a 4-1 World Cup qualifying win over Uruguay on Thursday night.

Brazil, whose perfect qualifying record ended with Sunday’s 0-0 draw in Colombia, went to a two-goal lead within 18 minutes after kick-off against a ragged Uruguay side through strikes from Neymar and Leeds winger Raphinha, who was making his first international start.

Raphinha doubled his goal tally in the 58th minute as Brazil dominated La Celeste, with Uruguay goalkeeper Fernando Muslera prevented the score from being uglier in Manaus.

Luis Suarez’s 77th-minute free-kick meant The Selecao, who had gone six qualifiers without conceding a goal and nine at home World Cup qualifying games, have conceded twice in their past three before Gabriel ‘Gabigol’ Barbosa’s rounded out the scoring four minutes from time to earn Brazil a 4-1 win.

Neymar netted in the 10th minute, chesting down Fred’s lofted ball into the box, the PSG forward getting around Muslera and drilling home from a sharp angle past Sebastian Coates on the line. 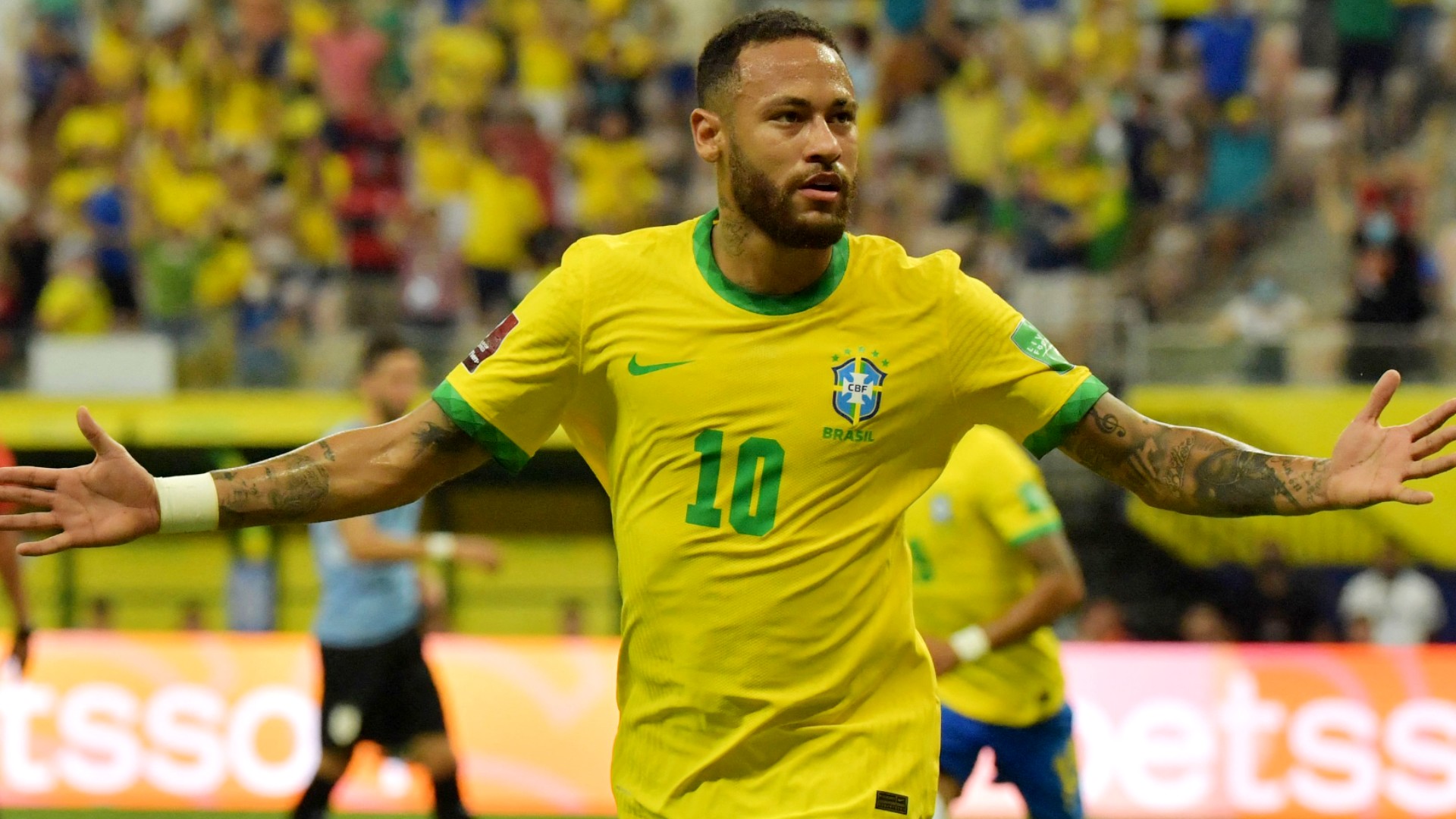 Raphinha doubled Brazil’s tally, firing in after Neymar’s shot deflected off Diego Godin and Muslera into his path to become the first Leeds United player to score for the South American giants.

Brazil should have had a third in the 34th minute when Neymar and Raphinha both took a touch too many inside the box, failing to shoot.

Muslera kept Uruguay in the game after the interval, denying Manchester City forward Gabriel Jesus twice in quick succession, along with Raphinha who was really enjoying his first start.

Edinson Cavani, who started alongside Uruguay’s all-time leading scorer Suarez, had a goal disallowed for a clear offside in the 56th minute before Brazil added a third.

Raphinha grabbed his second, finishing off a swift counter-attack by firing in off the post from Neymar’s release approaching the hour. 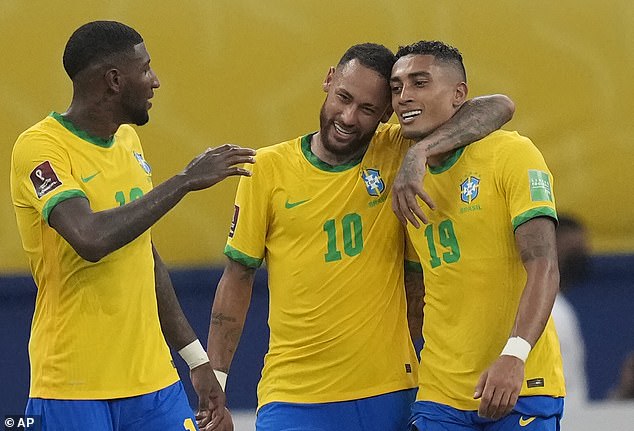 Muslera saved well to thwart substitute Barbosa twice, before Suarez rifled in a free-kick into the bottom corner for a consolation goal – his 65th international strike.

Barbosa got his goal after a VAR check, heading in from Neymar’s cross to make it two goals in his last three international appearances.

Brazil maintains their six-point lead from second-placed Argentina in qualifying after 11 games. The Selecao are 15 points ahead of fifth-placed Uruguay, who have six games left, meaning Tite’s Brazil are on the brink of World Cup qualification. Uruguay is three points ahead of Chile in the sixth, with the top four automatically qualifying for Qatar and fifth facing a play-off.

Uruguay was outclassed by Brazil throughout the match, with the hosts dominating shots 22-5 and shots on target 13-3 shots despite La Celeste coach Oscar Tabarez opting to start Suarez alongside Cavani for the first time since the Copa America. The defeat follows Sunday’s 3-0 loss to Argentina and last week’s goalless home draw with Colombia.

Both sides have ended the current international break and players are set to resume to their respective clubs. Brazil resumes qualifying on November 10 at home to Colombia, while Uruguay host old rivals Argentina on the same day.