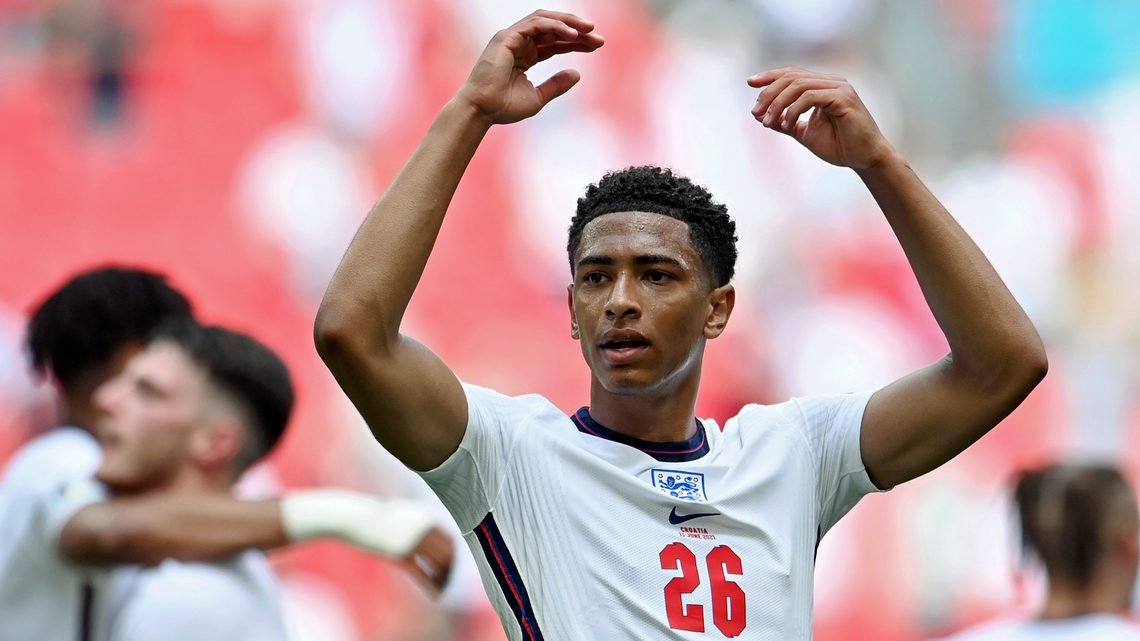 Borrusia Dortmund’s young talent Jude Bellingham could be the only potential solution to Gareth Southgate’s England Midfield as they warm their way up to the 2022 Qatar World Cup.

Jude Bellingham rose to the occasion against Andorra on Sunday as they prepared their way through World Cup qualification and he surely deserves to be Gareth Southgate’s target man as England progresses in their qualification matches.

Liverpool’s Jordan Henderson has been on and off the pitch for his nation due to injury problems that continually progress to hamper his productivity and also given his age has been taking time to recover, but with the emergence of the 18 year Old Jude Bellingham, who posses the energy and mentality, He will for sure fill the gap and the presence of the passing maestro.

In his place, a duo of Declan Rice and Kalvin Phillips have come to the fore – the latter even picking up the country’s player of the year award courtesy of an inexperience-defying outing at Euro 2020.

Westham’s Declan Rice and Leeds United Kalvin phillips have been at their best peak at the country, their communication has been likened to that of football great duo’s of Xavi and Iniesta, Vidic and Ferdinand. Their reading of their game has been exemplary, picking off balls, stifling opposition momentum and recycling possession.

However, when it comes to progressive distribution, it has to be said that they have been left wanting all too often. Rice and Phillips have often lacked the intensity needed to facilitate the blistering thrust from midfield that can prove unplayable and dominate fixtures.

It’s been an issue for a while – but there is a solution. Jude Bellingham may be 18 years but the young man has done more to prove he is no a second guess to Gareth Southgate.

Bellingham signed for Borrusia Dortmund in the summer of 2020 from Birmingham and has established himself as a standout figure for BVB.

From injecting a fervent desire into the heart of Dortmund’s mostly underwhelming midfield, to bossing Champions League quarter-final ties against Manchester City with an insatiable appetite – it’s no surprise Bellingham was handed an international debut in November of last year. 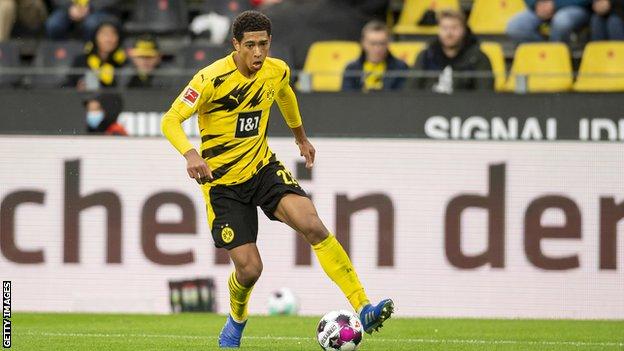 Since then, the Dortmund man has earned eight caps, in all of which he has impressed and finished on the winning side. There is a seismic shift of impetus whenever the youngster enters the field of play; a dogged midfield battle suddenly opens up with the thrust that Bellingham brings from deep.

Last time out, just his second start for his country, he was the notable presence in midfield. With an ineffable assurance, the teenager was the general at the heart of England’s side, running the show with swift and decisive play that drove his team upfield and opened up the game.

From untraceable darts into dangerous spaces in advanced areas to demonstrating staggering composure on the ball in tight situations, Bellingham showed just how impressive a player he really is when pulling the play upfield.

It was his sensational drag back that opened up Andorra in the first half – a swivel that started a move eventually falling to Jesse Lingard to break the deadlock.

And, as his surges upfield and three key passes will attest to, the youngster was unlucky not to have left the field with an actual assist.

England will battle it out with Poland tonight and this is going to be a big more challenge for him than Andorra, but assessing his performance on big stages at Club level there’s absolutely no good reason why the young talent wont perform tonight given the chance

Although his standout attribute is that impetus he provides from deep areas as a box-to-box midfielder, he is adept at reading play and performing defensive duties.

While some security may be sacrificed by removing either Rice or Phillips from the side, Southgate has the perfect solution to introduce that much-needed energy and intensity into his side’s engine room and his name is Jude Bellingham.