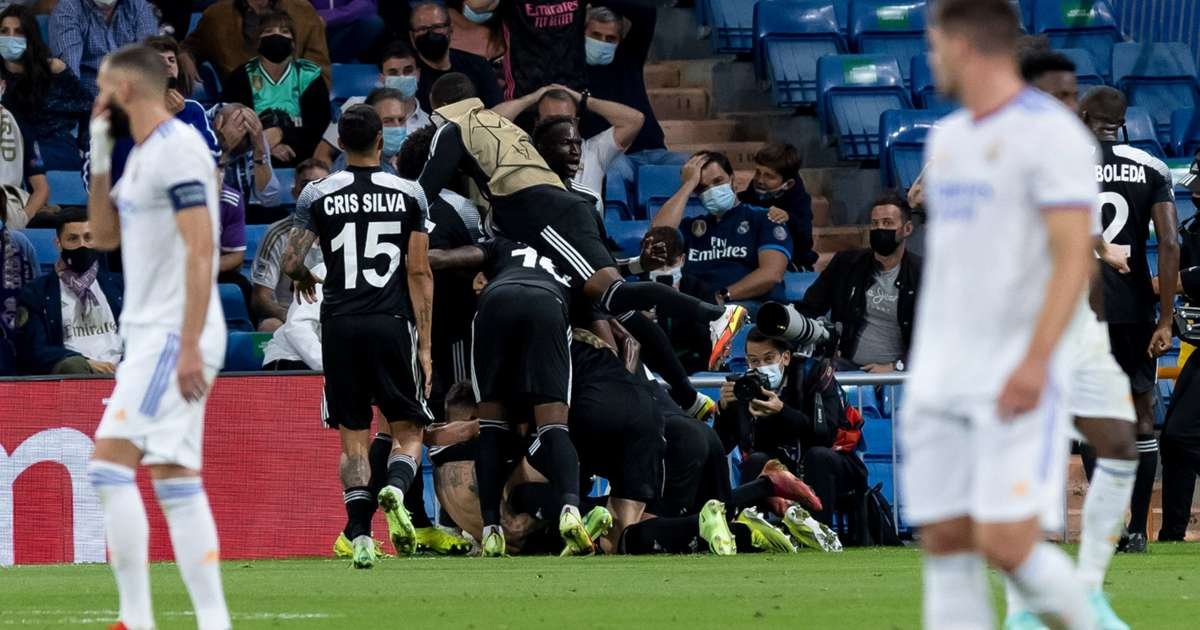 Champions League debutants FC Sheriff pulled off one of the biggest surprises in the competition’s history by defeating Champions League all-time record winners Real Madrid at the Santiago Bernabeu with a dramatic 2-1 victory on Tuesday night.

Jasurbek Yakhshiboev’s first-half stunning header was canceled out by Karim Benzema’s penalty after the break, given following a VAR check after Vinicius Junior. went down in the 18-yard box.

However, it was the visitors who claimed a memorable win to maintain their 100 percent record in Group D, Sebastien Thill’s staggering left-footed strike in the 89th minute earning the Moldovan club their most famous win.

Los Blancos subjected the minnows to a 31-shot barrage, with Sheriff’s goalkeeper Georgios Athanasiadis forced into 10 saves, but the competition’s most successful team were unable to salvage anything even a draw from the contest on a fairytale night for Sheriff.

Carlo Ancelotti’s side was left stunned when Sheriff took the lead in the 25th minute with their first shot of the game. A piercing pass released Cristiano into acres of space, allowing the left-back to dink a cross to the back post that Yakhshiboev headed powerfully across Courtois and into the back of the net.

Sheriff’s goalscorer could have doubled his tally and his team’s advantage six minutes later, but his left-footed effort curled just wide of the far corner.

Vinicius and Nacho spurned terrific opportunities to level the scores within 60 seconds of each other as the former’s casual finish drifted past the top-right corner and the latter somehow headed a rebound from an Eden Hazard shot over the top with the goal gaping.

Benzema then shot narrowly wide from the edge of the box and Casemiro forced a smart save from Athanasiadis, but the Moldovan outfit went into the break ahead.

Madrid finally restored parity as Vinicius was fouled in the box, with Benzema converting emphatically from 12 yards in the 65th minute to level the scoreline at 1-1. 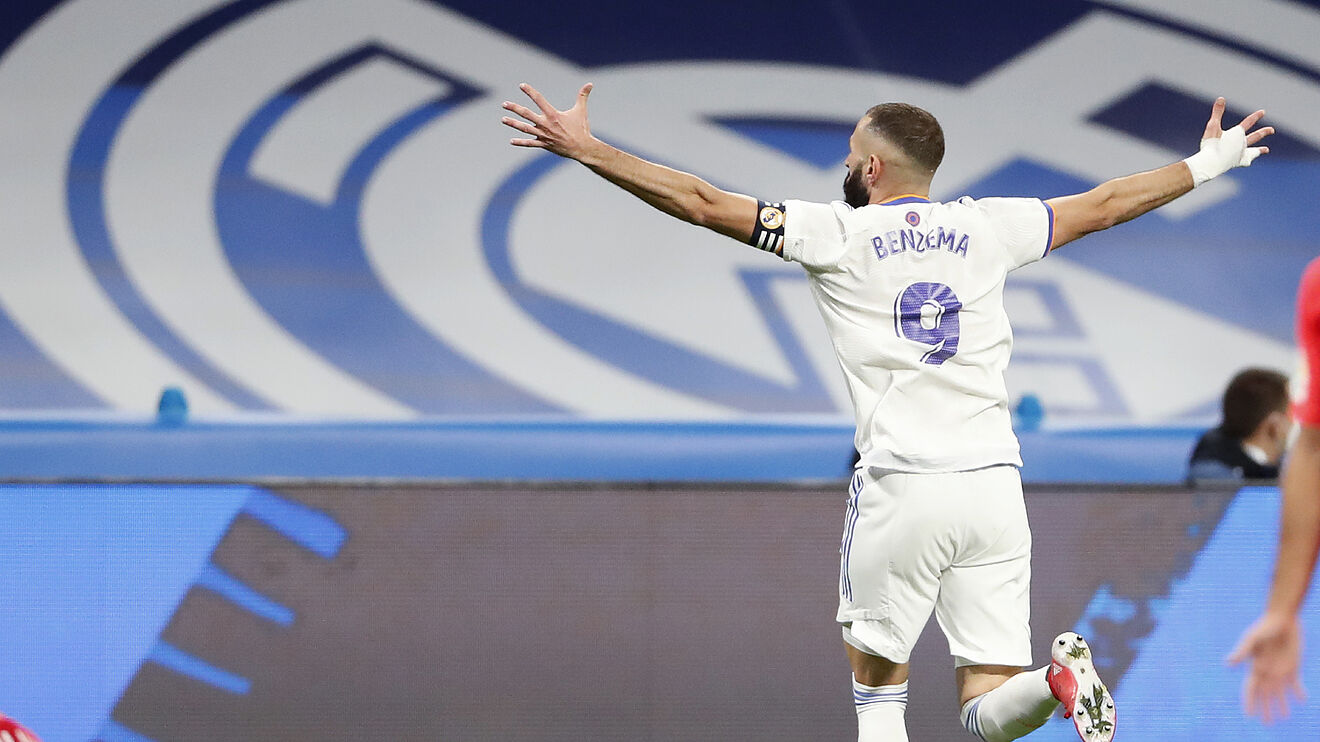 Karim Benzema celebrates after leveling the scoreline for Real Madrid against FC Sheriff in a Champions League clash. | PHOTO; Courtesy |

Madrid poured men forward in search of a winner, but it was Sheriff that incredibly found the decisive late goal as Thill fired a rocket of a strike into the top-left corner from the edge of the box with just a minute of normal time remaining.

Sheriff become the first team since Leicester City in 2016-17 to win their first two games in the competition after beating Shakhtar Donetsk 2-0 in their opening fixture. 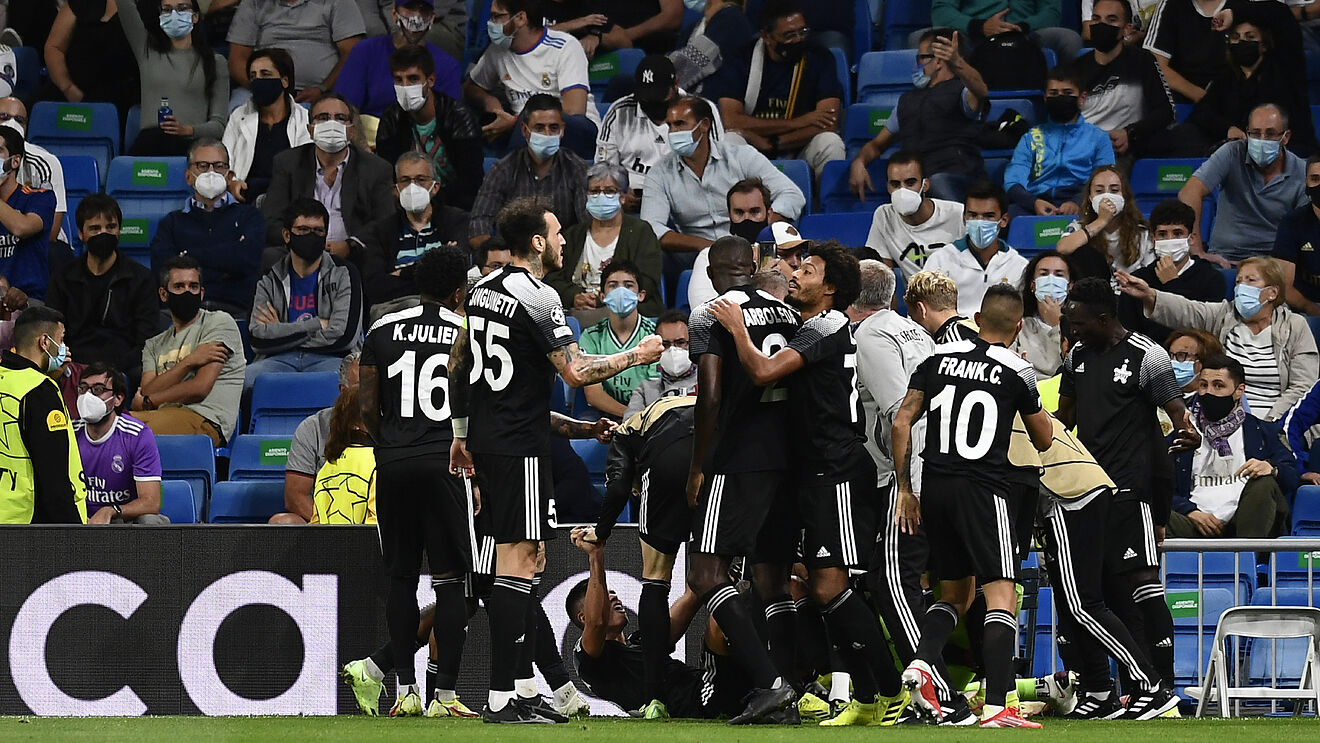 The Moldovan side was widely expected to finish bottom of a group that also includes reigning Serie A champions Inter, but are top of the table with six points – three points ahead of second-placed Madrid after a victory they perhaps could not have even dreamt of.

Despite the loss, Benzema made his 50th Champions League appearance at the Bernabeu in Real Madrid colors and marked a special personal occasion with his penalty, taking him to 36 home goals for the club in the competition – only Cristiano Ronaldo (54) and Raul (46) have more. However, it was not a night he will want to remember as Sheriff ensured it counted for nothing.

Victory over Sheriff at the Bernabeu would have meant Real Madrid made history as the first side to record 100 home wins in the competition, but their shock defeat to a stubborn, clinical opponent means Carlo Ancelotti’s men will have to wait until the clash with Shakhtar November 3 for another chance to reach that milestone.

Real Madrid must try to wrestle control of the group back from Sheriff and cannot afford to slip up in their next European game, away to Shakhtar. Sheriff, meanwhile, travels to Italy to face Inter in the hopes of making it three wins from three.

Both sides will be back to league action over the weekend. Madrid visits Athletic Bilbao in LaLiga on Sunday, a day after Sheriff face leaders Milsami in Moldova’s top flight.