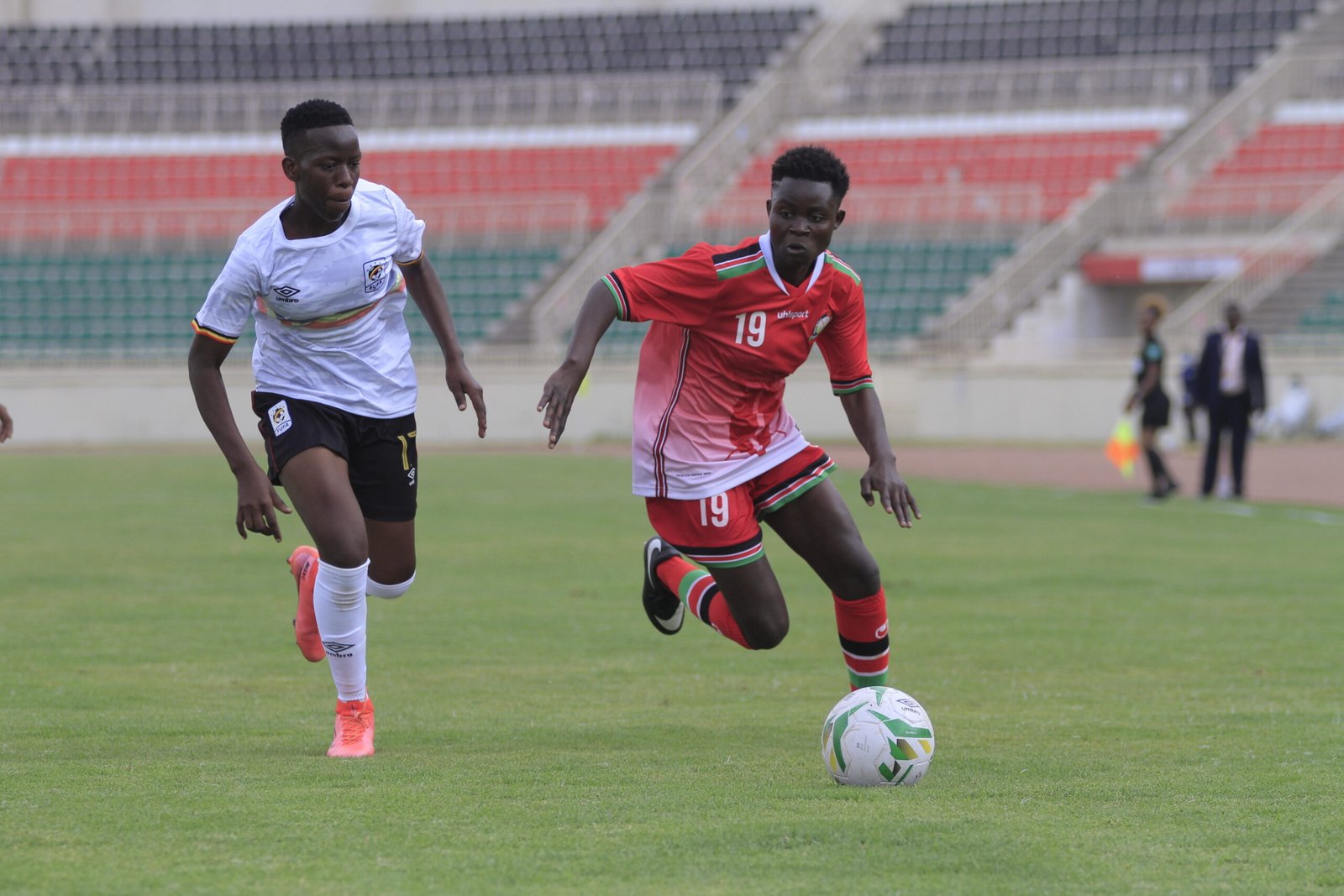 The national women Under-20 team suffered a 7-2 humiliation at home against Uganda as their journey towards the 2022 FIFA World Cup hit a snag with a start off the bad footing. The Ugandans were emphatic with Juliet Nalukenge and Sumaya Komuntale helping themselves to a brace each.

Margaret Kunihira, Fauzia Najjemba and Shamira Nalugya scored one each as the Ugandans put daylight between them and Kenya’s Emerging Starlets ahead of the second leg on October 8 in Kampala.

Shaylene Opisa scofred a second half double for the home team, but it counted for nothing more than the statistics as the Ugandans took full advantage on the road,

Kenya’s head coach Charles Okere, who also doubles up as the senior team head coach blamed the heavy loss on the lack of experience.

“The Ugandan team is a bit more experienced than us and it was evident in how they played. Most of our players are school girls but we take the lessons. This is the same team we are building for the future and every result is a learning curve for us. We will work on our mistakes and try to be better in the second leg,” Okere said after the game. 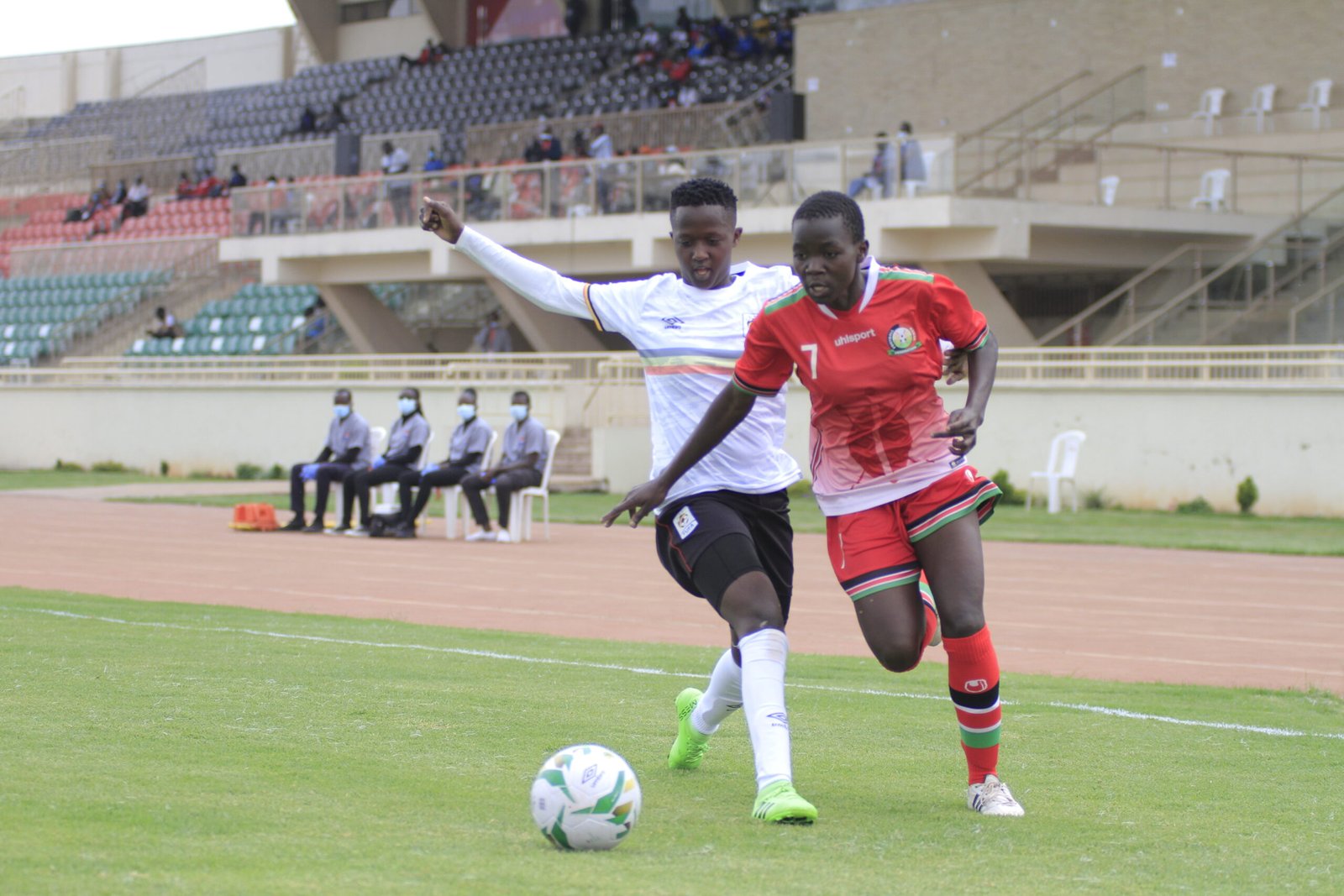 Fasila Adhiambo (Red) breaking through with the ball

He added; “We were a bit shorthanded as well because we were forced to play some players out of position because of injury, but we still gave in a good shift.”

The visitors were off to a flier from the start and it took them just two minutes to get the scoring started. Nalukenge rose inside the box to head home from a Fauzia Najjemba cross after the Kenyan keeper had failed in her attempt to collect the ball off her line in the air.

The early goal gave the visitors some much needed confidence and they were 2-0 up minutes later when Kunihira ran into the box from the right and clipped the ball over keeper Ursula Nasimiyu under pressure from the defense.

It was 3-0 after 21 minutes and it was Najjemba who got to the end for a goal, tapping into an empty net after keeper Nasimiyu had parried a cross from Kunihira right into the striker’s path. Five minutes later, it was 4-0 when Nalukenge was fouled inside the area.

Nalugya took the penalty duties and make no mistake from 12 yards out. 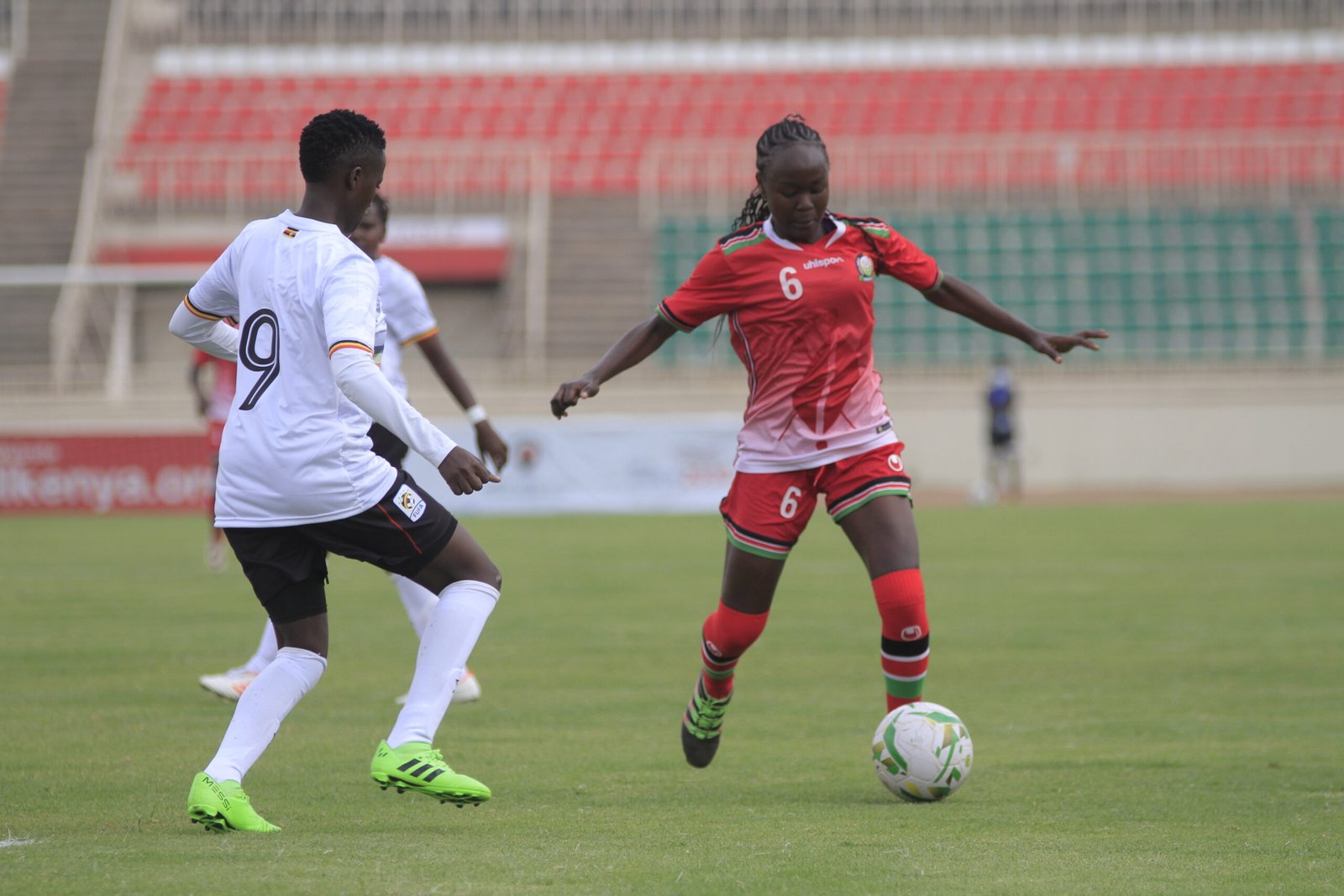 The diminutive Ugandan forward Nalukenge was troubling the Kenyan backline all afternoon and she completed her brace minutes later before Komuntale made it 6-0 for the visitors at the break with a well curled freekick.

The home side however came off the breather with more determination and grabbed one back through Opisa. The lanky striker finished off inside the box after a good team move from the Kenyans on the left with Joy Oriyo delivering the decisive cross.

Opisa and Oriyo were to combine once again as Kenya scored their second. Oriyo did well to wriggle her way through the midfield before laying off for Opisa who took a long range belter into the top right corner.

Kenya’s hopes of a comeback were however flailing as the clock ticked and they would concede again, Komuntale scoring in the dying minutes of the match for Uganda’s seventh.