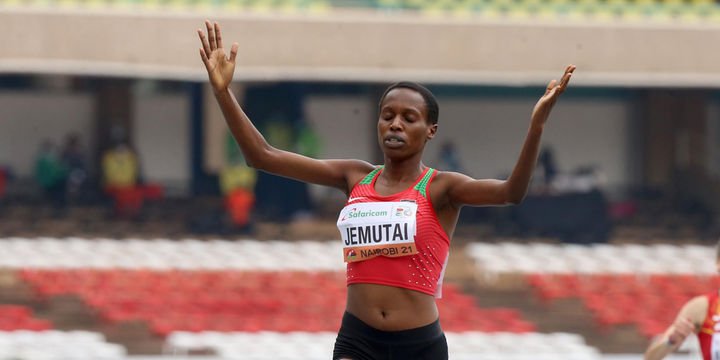 World Under-20 ; Kenya’s Jemutai And Chepkurui Makes To 1500M Finals

Kenya’s Winnie Jemutai and Purity Chepkirui on Friday made it to the 1500 metres finals in the ongoing World Under 20 championship that is being held at Moi International Sports Centre,Kasarani in Nairobi.

Chepkirui who was on the second heat clocked 4:22.10 ahead of the Ethiopia’s Hiwot Mehari who finished in the second position clocking 4:22.37 as Meryeme Azrour of Morocco clocked 4:2450. 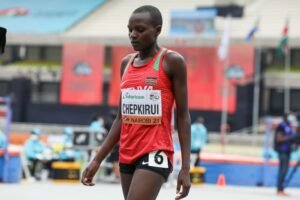 Chepkurui in a statement said that staying on the front all along was the safest idea and that was the reason behind her victory.

“I wasn’t afraid of anyone and that is why I stuck to the front, which is the safest,” said Chepkirui

According to Jemutai her slow pace during the race favoured her and that it’s her desire to make it all through.

“It was a good race and I think the slow pace favoured me. It’s my desire to finish on the podium,” said Jemutai. 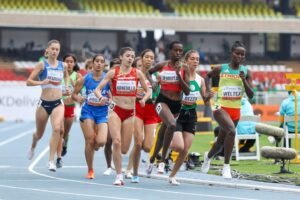 Jemutai added that it’s her desire to recapture the title that was last recorded back in 2012 in Bercelona by Faith Chepng’etich who is also the Tokyo Olympic Champion.

“I need to recapture this title since it has been long.”

The two will now meet at the finals that is scheduled on Sunday and their aim is to deliver the victory after along period of time since Kenya won in this category.

“We shall plan on how to deliver victory this time around since nine years is a long time,” said Chepkirui

The World Under-20 Championship are organised by the World Athletics, contested by athletes in the under-20 athletics age category (19 years old or younger on 31 December in the year of the competition

Anneisha McLaughlin-Whilby is the most successful athlete at the championships, having won one gold and four silver in individual and relay sprinting events between 2000 and 2004. Chris Nelloms, Davidson Ezinwa and Dexter Lee share the position of most successful male athlete, at four medals each

World Under-20 ; Kenya’s Jemutai And Chepkurui Makes To 1500M Finals