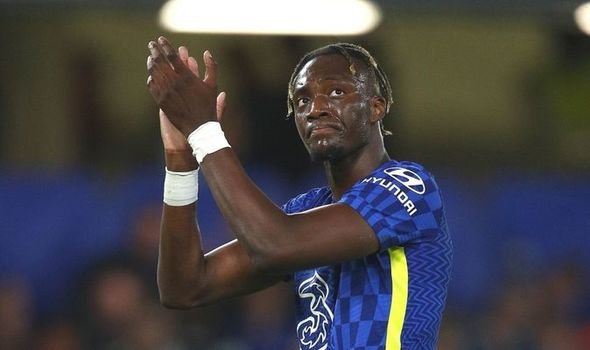 Tammy Abraham leaves Chelsea for Jose Mourinho’s side AS Roma

Chelsea and Serie A side Roma have both announced the completion of the transfer of striker Tammy Abraham from Chelsea to Roma for a fee of €40million (£34.1m).

Tammy Abraham has agreed and penned down a five-year contract at Rome to fill the void left by forward Edin Dzeko who left Roma to join Inter Milan.

The transfer will see Chelsea reportedly receive a further €5m in add-ons and have an option to re-sign the 23-year-old for €80m after 2024.

Abraham fell further down the pecking order after Chelsea announced the return of Romelu Lukaku to Stamford Bridge from Inter Milan last week for €115m.

Other clubs which were interested in the 23-year old include Chelsea city rivals Arsenal but Abraham decided to switch to Italy to play under former Chelsea manager Jose Mourinho who was appointed Roma head coach this summer.

“You can sense when a club really wants you – and Roma made their interest clear immediately,” Abraham told Roma’s official website.

“Roma is a club that deserves to be fighting for titles and trophies. I’ve had the experience of winning major trophies and I want to be in those competitions again – so I want to help this team to achieve that and get to the level where Roma should be.” 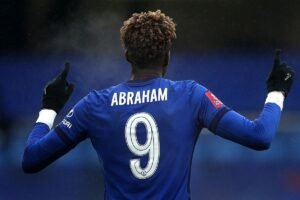 Tammy Abraham has been wearing the number 9 shirt at Chelsea and has been handed the shirt number at Roma.
PHOTO: Courtesy

Abraham has been handed the number 9 shirt, the shirt number he wore at Chelsea since breaking into the first team after returning from a loan spell with Aston Villa in 2019.

“It’s a massive honor to be the number nine at this club and I just can’t wait to get started and to help the team.”

Abraham was Chelsea’s top scorer in the 2019/2020 season after scoring 15 Premier League goals for the Blues under Frank Lampard, helping the team secure a top-four place and reach the finals of the Emirates FA Cup. His game time however decreased with the arrival of current Chelsea manager Thomas Tuchel after Chelsea sacked Lampard in January 2021. 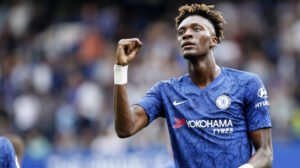 Abraham finished the 2019/2020 PL season with 15 goals, the highest at Chelsea.
PHOTO: Courtesy

The striker started only three Premier League matches for the blues since Tuchel’s arrival in January and did not feature at all in the UEFA Champions League knockouts as Chelsea advanced through to the finals and eventually winning the Champions League on 29th May 2021 in Porto.

Abraham also missed out on England’s squad for Euro 2020, with Dominic Calvert-Lewin preferred by Gareth Southgate as a direct back-up to Harry Kane.

Abraham will hope to rejuvenate his career at Serie A with gaming time already assured by Jose Mourinho. He will hope to emulate his fellow England international Chris Smalling who made a loan switch to Roma in the 2019/2020 season before making the move permanent this year. Smalling has so far enjoyed his stay in Rome and his career reignited.

Tammy Abraham leaves Chelsea for Jose Mourinho’s side AS Roma