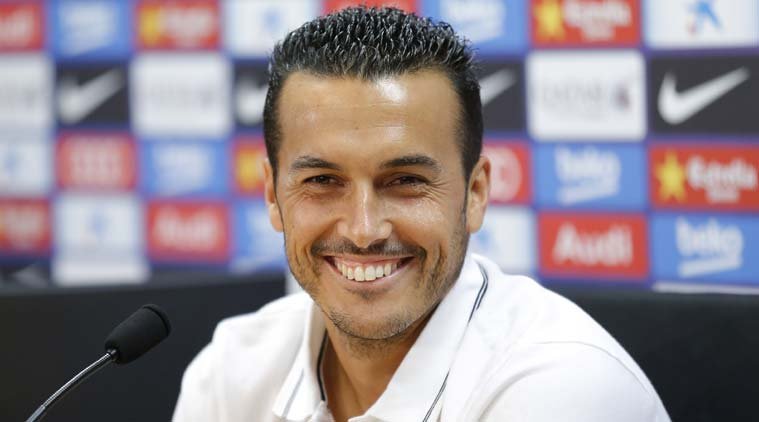 Pedro swaps Roma for Lazio in what is a unique transfer

Former Chelsea winger Pedro has completed a transfer to Lazio after one season with AS Roma in what is the first transfer between the two Serie A old rivals in 40 years.

The Spain international signed a three-year deal with Roma last summer after arriving on a free transfer from Chelsea, but was not in the plans of the new Roma boss Jose Mourinho and was left out of the team’s pre-season preparations.

Lazio manager Maurizio Sarri was keen to reunite with Pedro having previously coached him at Chelsea in the 2018/2019 season where they won the UEFA Europa League. 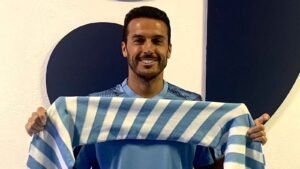 Pedro with a Lazio scarf after signing for the club on Thursday.
PHOTO: Courtesy

Roma was keen to sell the forward to a foreign club but would have lost out on around 3.5m euros due to Italian state laws on tax benefits, considering the financial crisis brought about by the Covid-19 pandemic, they had to let the winger move to their cross-city rivals Lazio.

Lazio will not pay Roma any transfer fee but will take on the winger’s current wages of around €4m per year pre-tax, plus bonuses depending on team performances this coming season.

Over the years, a host of different players played for both Roma and Lazio, including Aleksandar Kolarov, Sinisa Mihajlovic, and Angelo Peruzzi, but direct transfers between the two Italian capital clubs have been more than rare.

The last and only transfer between the two capital rivals took place in 1981 when Carlo Perrone moved from the Eagles to Roma before returning to his former club the following year. 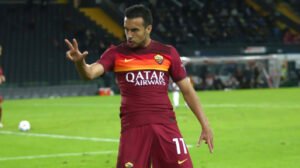 Pedro, who took up the No 9 at Lazio as his favorite No 11 jersey is worn by Joaquin Correa, endured a turbulent year with Roma with six goals in 40 appearances but scored in the side’s 2-0 derby win over his current employers in May this year.

The 34-year old spent five years at Chelsea between 2015 and 2020 after arriving from La Liga giants Barcelona and scored 29 goals in 137 appearances during his time in west London.

Pedro won several silverware during his times in London, including the Premier League in 2017, the Emirates FA Cup in 2018, and the UEFA Europa League triumph in 2019 playing under current Lazio head coach Maurizio Sarri.

Whilst at Barcelona, Pedro won five La Liga titles, between 2009 and 2011, in 2012 and 2015. The later La Liga title came in handy with the UEFA Champions League, Copa Del Rey, and the UEFA Super Cup. Pedro scored the winning goal in the 2015 UEFA Super Cup in a 5-4 victory against Sevilla.

Lazio starts their 2021/2022 Serie A campaign on Sat 21, August 2021 with a trip to Empoli and it’s not yet clear whether Pedro will feature in the match.

Pedro swaps Roma for Lazio in what is a unique transfer