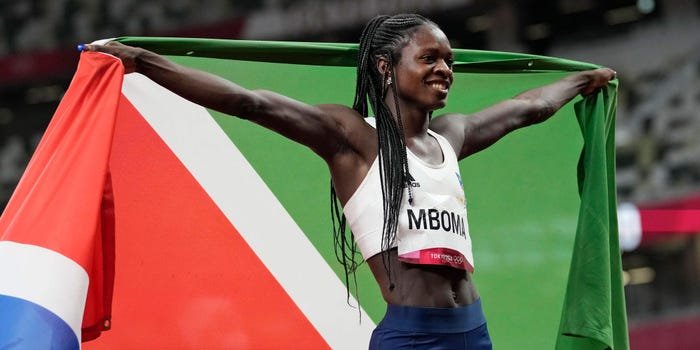 Christine Mboma the 200 m Namibian Olympic silver medalist is not your ordinary athlete.

She is a young woman and an epitome of what strength from within does when you never give up in life.  She never let her challenges in life hold her back from success.

The 18-year-old was born in Namibia’s Kavango East region as the eldest of three girls. She loved her Shinyungwe village where she lived with her mother.

Life wasn’t fair for her. Her father abandoned her while she was still an infant leaving her mother with the strife of raising her single-handedly. 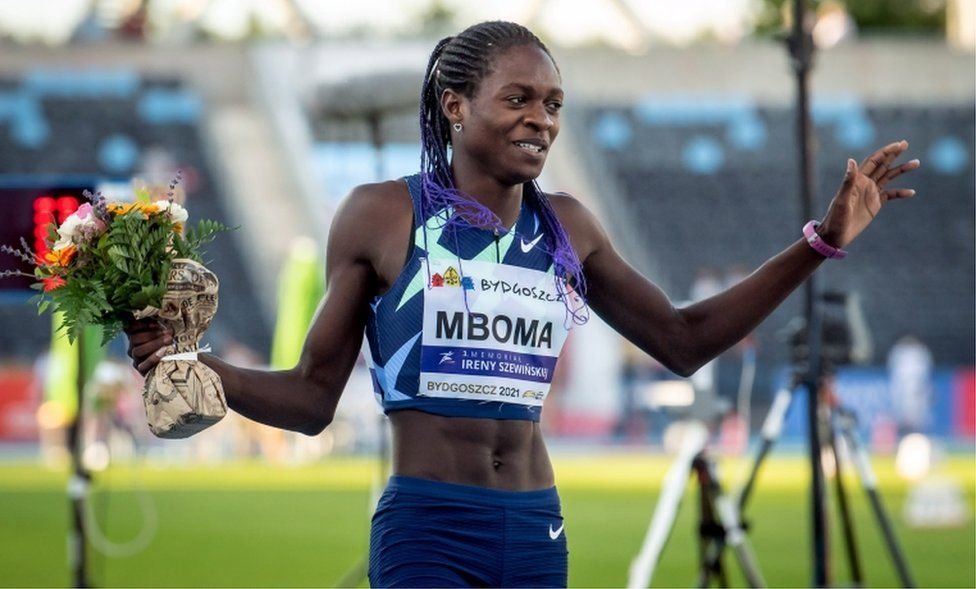 And as fate would have it, her mother passed on in 2016 leaving Mbona with the daunting task of raising her two younger sisters. Her mother, Patricia who she fondly remembers died while giving birth.

After years of training and making appearances in different races, Mboma finally clinched victory in the 800 m race in May 2019. She also won in the 1500 m category at her school’s Cossasa games in Namibia.

She was 16 years old then. And this win opened the race of her dreams. She flew to South Africa in July 2019 for the South Africa Championships. She then traveled to Mauritius where she won a bronze medal for the 800 m race.

When 2020 came knocking, her star in athletics was shining bright; Mboma broke her records.

In November 2020, Mboma did not let the pandemic weigh her dream down. She bagged a gold medal in the 800 m and 1500 m races at the Namibian Championships in Windhoek.

In April 2021, she lowered the record even further and struck 49.24 s at the All Comers Meet held in Lusaka Zambia.

Mboma’s streak of victory booked her as Namibia’s WU20 star athlete who broke existing records made in 1991. Then WU20 winner Gritt Breuer clocked 49.42 s in the 400 m race which Mboma broke in Lusaka in 2021.

In August 2021, she clinched yet another gold medal during the World Athletics U20 Championships held in Nairobi.

This came after her success at the 2020 Tokyo Olympics held in July where she scooped a silver medal. Mboma became the first Namibian female athlete to bag an Olympic medal. She rewrote history in bringing back a silver medal home since 1996 when Namibia tasted its last medal in the Olympics.

Mboma is a believer that miracles happen in everyday life. A few days after the Summer Olympic Games in Tokyo, Namibia National Olympic Committee struck her off from the games.

According to the Olympic body, she would not be allowed to compete in the 400 m race due to her high levels of testosterone. This followed a set of rules passed by World Athletics barring women with Differences in Sexual Development (DSD).

Mbona underwent a test in Italy in 2021 and the results indicated she had high testosterone levels in her blood. Scientifically, this happens due to an individual’s genetic condition.

World Athletics passed the regulation in 2018 and blocked South Africa’s sprinter Caster Semenya from the 2020 Tokyo Olympics. However, controversy brewed around her withdrawal citing that the rule by World Athletics only applied to intersex athletes with elevated testosterone levels.

But as fate would have it, she was allowed to compete with the Namibian Olympic Committee coming on fire. The body failed to keep its end of the bargain by exposing Mboma’s records regarding her testosterone levels.

Mboma lives a simple life far from the lenses. She keeps details of her wealth to herself despite the fact that she has made colossal amounts of money from athletics.

For now, she continues taking care of her siblings as she conquers the world.