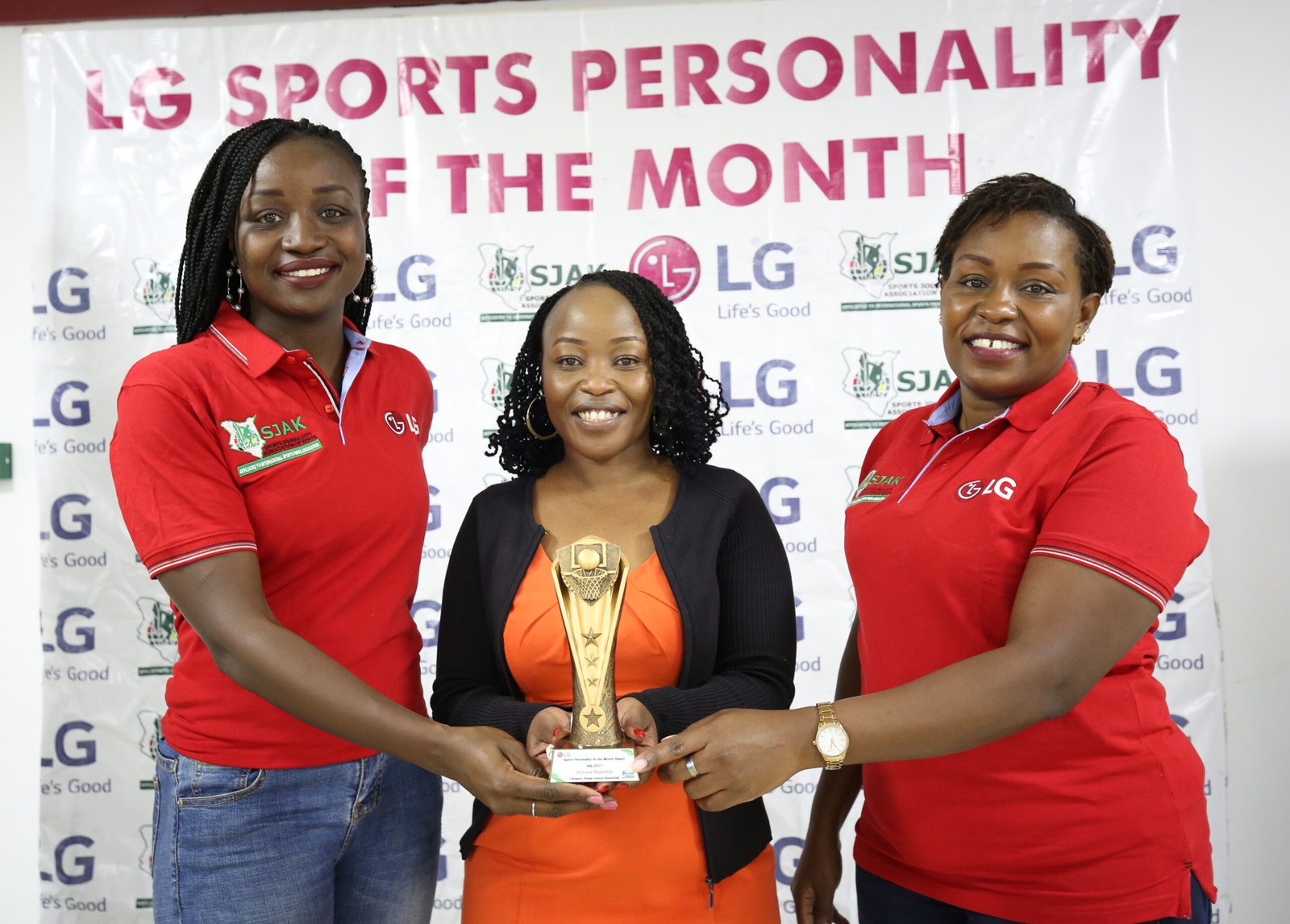 USA based forward Victoria Reynolds has been named the LG/Sports Journalists Association of Kenya (SJAK) Most Valuable Sportsman for the month of July after her imperious performance for the Kenya Lionesses during the Zone Five Qualifiers for the FIBA Afrobasket last month.

Reynolds starred for the Lionesses in her first ever outing with the national team as they booked a slot in next month’s Women’s Afrobasket to be staged in Cameroon. She was aptly named Most Valuable Player at the tournament, Kenya beating Egypt in the final.

Reynolds who is a Master’s Degree scholar in the United States helped Lionesses shake off a poor start in the preliminary stages of the championship to stun pre-tournament favourites Egypt 99-83 in the final.

Lionesses faced Rwanda in their opening match, going down 77-45, Reynolds stayed 12.51 minutes on the floor to score five points, in the only match she failed to hit double digits in points.

The Kenyan women bounced back to pick their first win against debutants South Sudan in a 66-48 score line, with Reynolds managing a double-double with 12 points and 10 rebounds, and 36 minutes of play.

Up against Egypt in the final group-stage match, the 24-year old scored 25 points, five rebounds and four steals, in 37 minutes of play time, as Lionesses gave up a 25-point lead at half time to lose 107-106 to the North Africans.

In the semifinal where Lionesses played against Rwanda, the George Mayienga-coached side went hard for a 79-52 victory as Reynolds scored 16 points rebounded six times and had three steals. 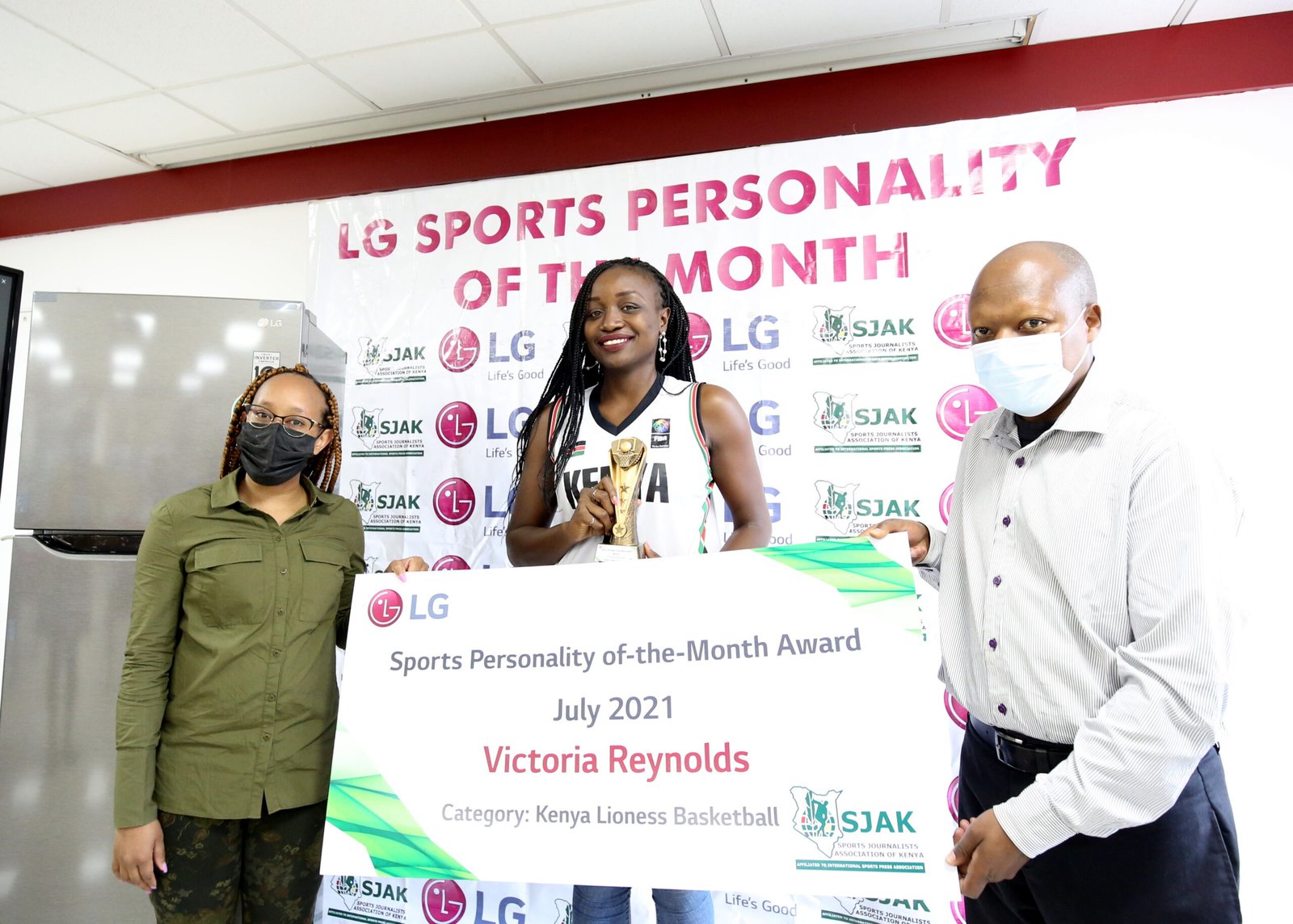 Coming up against defending champions Egypt in the final, the Lionesses were baying for blood and their resilience against hard-fighting Pharaohs paid off as they picked the title and booked their ticket to a second straight FIBA Women’s AfroBasket and seventh overall.

Reynolds was again in her element scoring 25 points, making six assists, five rebounds and four steals to walk away with both the MVP and best Small Forward awards at the regional competition.

Her teammate Felmas Koranga was awarded as the best Power Forward for her relentless displays on both ends of the court throughout the tournament amassing an outstanding double-double with 24 points, 13 rebounds, three steals and one block in the final.

Reynolds beat two-time Olympics gold medalist Faith Kipyegon who in July reigned supreme at the Monaco Diamond League meeting with a 3:51.07 world lead and Kenyan national record, the fastest 1500m time since 2015, to the award. She also moved to fourth on the all-time world lists.

Other nominees included Africa Rally Championship (ARC) leader Carl Tundo who won five out ten stages of the Tanzania Rally as well as sprint sensation Ferdinand Omanyala for equalizing his national record as well as qualifying for the Olympics semis in 100m.

Among the products Reynolds will receive as awards include LG refrigerator with timeless style which meets the latest innovations and technology retailing at Sh72,495.