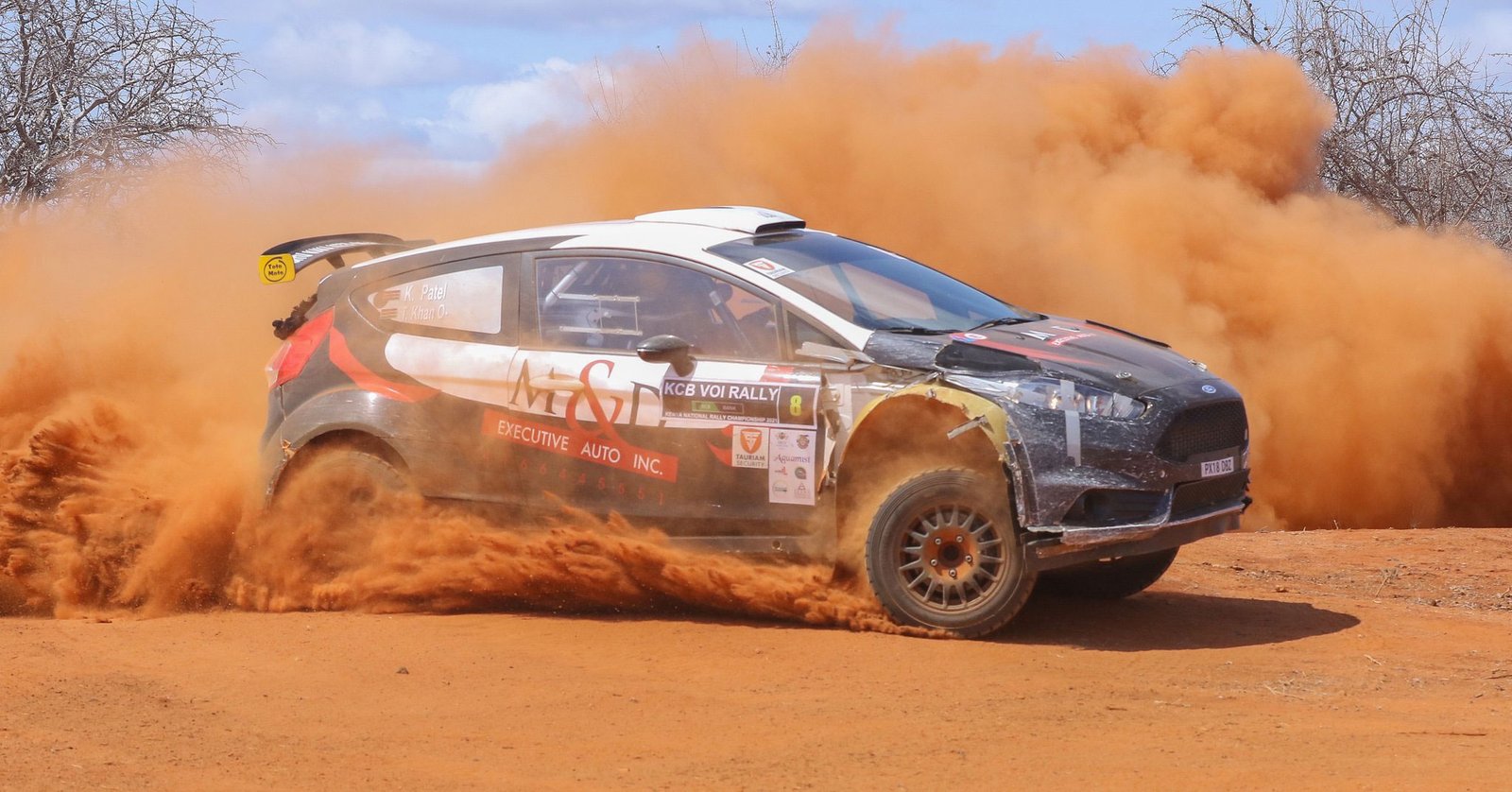 Rallying in a Ford Fiesta R5, Karan Patel finally secured his maiden win at the Kenya National Rally Championship (KNRC), gliding to victory at the Voi leg of the circuit on Saturday.

Patel won four out of the eight competitive stages of the challenging and gruelling rally organized by the Sikh Union and which covered 445.97km. Patel survived early red alarm scares in the first stage but rallied from fourth fastest at Teita1 to victory.

Chager also savoured bonus championship points for winning the Power Stage which incidentally was a repeat run of the Izera Ranch stage. Apart from losing side view mirror and front left and right wings, Patel avoided trouble on the narrow roads in Taita Taveta County.

“We are really happy for our first KNRC win. All in all it was a good drive. We have had no major troubles with the car, so that also helped to build confidence and yes we are over the moon, “ an excited Patel said after winning the race.

He added; “The terrain was very narrow. We had a red alarm with respect to our engine coolant pressure. Red is something you don’t take for granted and in order to save the engine I just stopped to actually ensure we have good water pressures.”

Meanwhile, Chager was happy with second place and racing in Onkar’s machine.

“Very amazing rally, amazing car to be honest and I don’t event think I’m driving it to 50 or 60 percent of its potential. The stages in particular were not really the best to start learning the car with especially the Maungu one,  so we have had our fair share of troubles to contend with,” Chager beamed after the race.

The 2021 KCB KNRC revved off in  Nakuru in February, then headed to Naivasha for the ARC Equator Rally and WRC Safari Rally and indeed this weekend’s event in Voi which counted towards the fourth round.