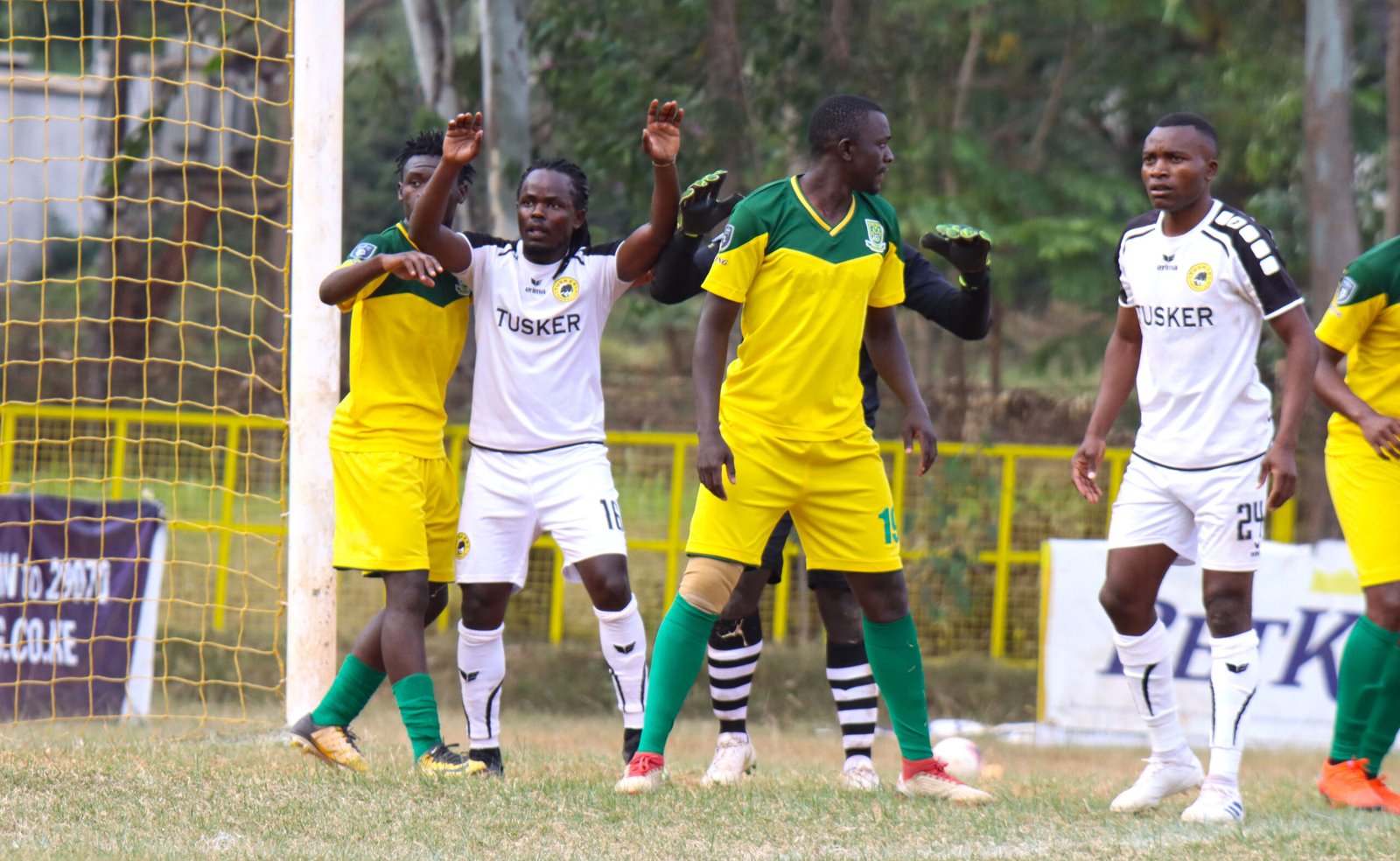 Tusker FC’s hopes of opening up a nine point gap on top of the Kenyan Premier League standings was halted on Tuesday after they were pegged back with a barren draw by bottom placed Mathare United at the Ruaraka Complex.

The brewers would have gone nine clear of second placed KCB with victory in Ruaraka, but they couldn’t get the much needed winner in a game that they were uncharacteristically flat.

“Today we didn’t play well at all. We had chances but we couldn’t score. It is one point gained for us however, because it still takes us somewhere. It is better than nothing,” said Tusker FC coach Robert Matano.

The point was crucial for bottom placed Mathare who remain rooted at the bottom of the standings but are now just a point shy of the play-off zone. 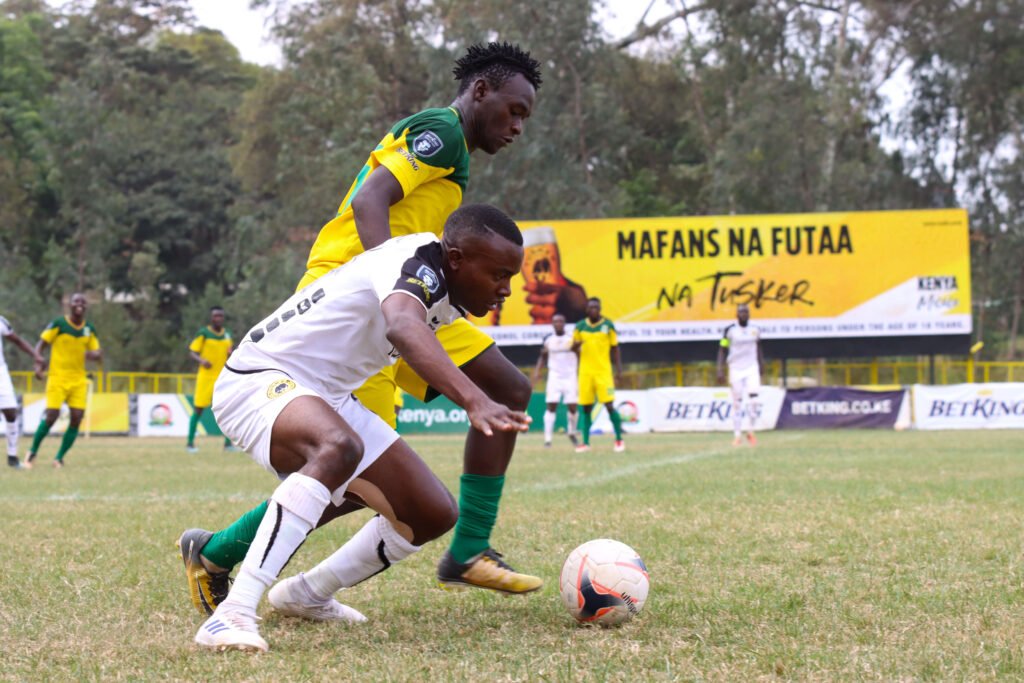 The Slum Boys had survived several threats from Tusker who hit the post thrice in the opening half. In the 10th minute, Tusker had two back to back chances with keeper David Okello and defender Norman Ogolla coming to the rescue.

From Brian Marita’s cross on the right, Faraj Ominde flew in with a header but Okello punched the effort away. The rebound fell on Chris Ochieng whose header back on target was cleared off the line by Ogolla.

In the 17th minute, George ‘Blackberry’ Odhiambo was denied by the post. A poor goalkick from Okello was intercepted by Hashim Sempala who teed up Odhiambo. The midfielder rifled a shot in, beat Okello but the ball came cracking against the upright.

Nine minutes later, the brewers were denied by the woodwork once again. Another defense lapse in the Mathare backline saw Chris Ochieng storm into the box but his shot from the right went straight to the post. 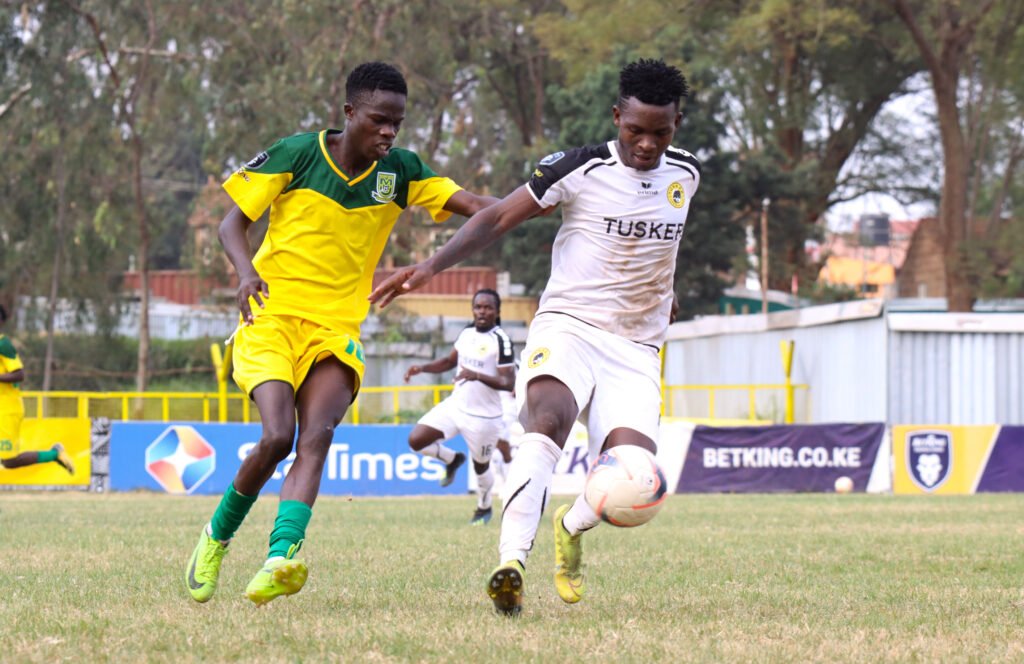 On the other end, Mathare who were all this time pinned in their own half with no much foray upfront had a chance when James Kinyanjui danced to the edge of the box from the left, but his curling shot went inches over the bar.

In the second half, Mathare were slightly improved as they took the game to Tusker, but had little or no chances to score at all. Despite not being at their best Tusker still had to good chances to score and probably sneak away with a win.

In the 69th minute, Chris Ochieng sneaked in behind the defense to flick in a header from an Erick Ambunya cross, but keeper Okello tipped over the ball for a corner.

They had another good chance in the 76th minute when Okello spilled a freekick from Sammy Meja, but Humphrey Mieno’s cutback after reacting quickest to the rebound didn’t fall on a white shirt as Mathare cleared. 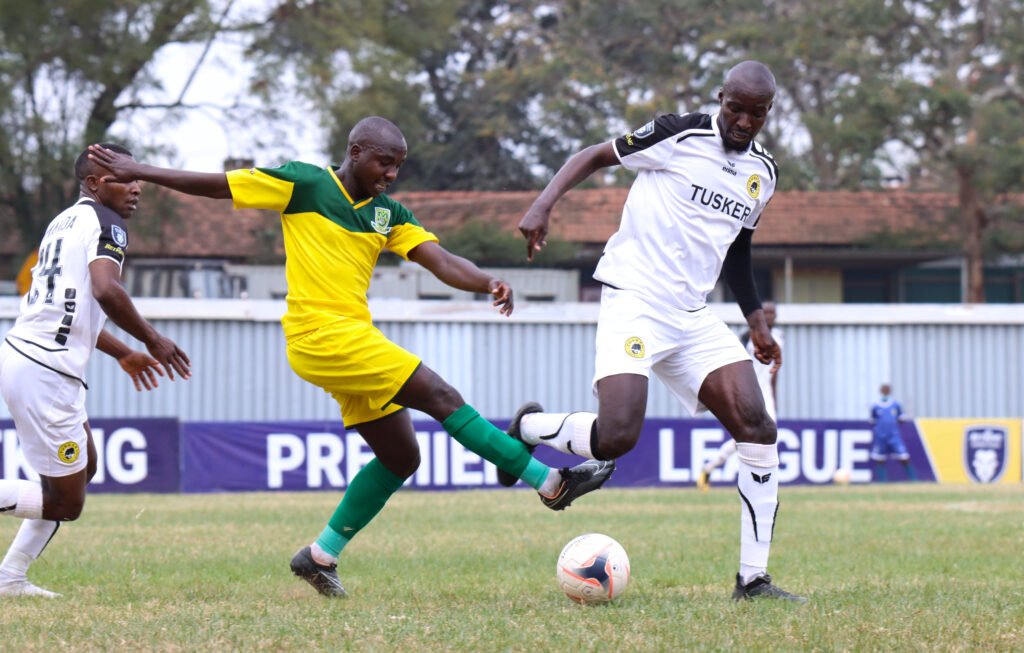 Meanwhile in Nakuru, AFC Leopards suffered a second successive defeat but were left ruing and seething with anger from what they termed as poor refereeing. But Stima will walk home with excitement after banking the three points that push them further up the standings.

Michael Karamor broke the deadlock for Stima with a neat finish from the right after Stima won the ball inside the box.

They would then go 2-0 up after just 15 minutes when Baron Oketch scored from the penalty spot after Robert Mudenyu was adjudged to have handled the ball inside the box as he tried to cut out a cross from the right.

AFC Leopards however fought back in the second half to get back into the game and Collins Shivachi halved the deficit for Ingwe when he slammed the ball into the net after the Stima keeper Richard Aimo punched Isaac Kipyegon’s header from a corner right at the defender’s feet.

But the game’s drama was just beginning despite Shivachi’s goal in the 87th minute. Stima added the third at the stroke of 90 minutes when Geoffrey Ojunga rifled home from a freekick after Kipyegon was adjudged to have fouled Karamor. However, the Nigerian had just slipped under the wet conditions in Nakuru.

Boniface Mukhekhe then scored AFC’s second in the 95th minute with a long range strike, but there was no time for Leopards to try and claw back at least a point off the tie, with Stima completing a double over them having won 2-0 in the first leg.