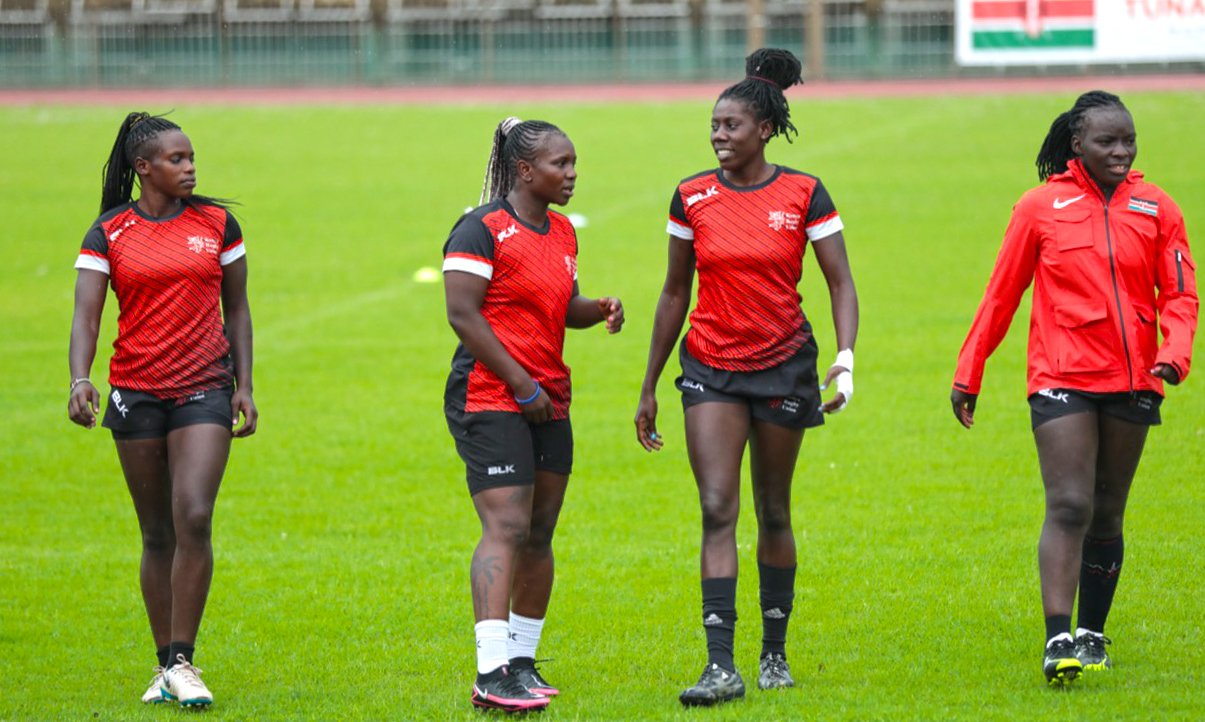 Kenya’s women rugby team, the Kenya Lionesses, was punished by their own mistakes, losing out 29-7 to New Zealand in their opening match of the Tokyo Olympic Games on Thursday. The Kenyan girls, who have only trained together for two days gifted New Zealand with possession as they ran in five tries against Kenya’s one.

The Lionesses faced tough times before the Olympic Games as they could not train together as a team during their pre-tournament training camp in Kurume City. Half of the team was detained in Tokyo after one passenger in their flight to Tokyo from Doha tested positive for Coronavirus.

They were required to undergo a mandatory 14-day quarantine period which ended on Monday, and the team only had Tuesday and Wednesday to train as a team.

The effects of the lack of cohesion was visible as they couldn’t hold on to the pressure pf playing New Zealand, who won silver at the last Olympic Games in Rio de Janeiro.

The Lionesses were 5-0 down just 54 seconds into the game when skipper Philadelphia Olando failed to hold on to the ball from kick off, New Zealand winning a line out. From the set play, the Black Ferns calmly played the ball out to the left, Stacey Fluhler dotting down the game’s first try.

Another loss of possession saw the Lionesses slump 12-0 down. Another piece of patient play from the New Zealand girls opener up space on the left again with Michaela Blyde touching down. Nathan Wong Tyla added the twos as New Zealand stayed firm on the wheel.

Another loss in possession handed New Zealand their third try of the game. They picked the ball off Kenya’s line out and they exploited the left channel once again. Portia Woodman found space and stretched across the chalk to dot down.

But the Lionesses showed a glimpse of what they can be when at their best when they dotted in their first and only try of the game just before halftime. Off a ruck, they patiently waited and swung the ball around until Christabel Lindo cited space between the New Zealand defense.

She crossed over, with Grace Okulu adding the twos for them to go to the break with a two-try deficit.

But all hopes of a possible comeback were quashed when the New Zealanders added two more tries in the second half, again both from turning over possession.

Michaela completed her brace when she touched down on the right and Nathan-Wong added the twos as they stretched their lead further.

Gayle Broughton then completed the victory for New Zealand from another piece of patient build up. She was accorded space on the left and some fancy footwork got her off her markers before crossing over the whitewash.

The Lionesses next play Russia’s Olympic Committee at 1pm and will be keen for victory to keep their Cup Quarter Final hopes alive. A win will put them n contention while a loss would mean they have to win their last game and hope to sneak in as one of the best two number threes.

Meanwhile earlier on, the national women’s beach volleyball pair of Gaudencia Makokha and Brackcedes Agala lost their second game, bowing out by straight sets of 21-8 and 21-6 to the USA.