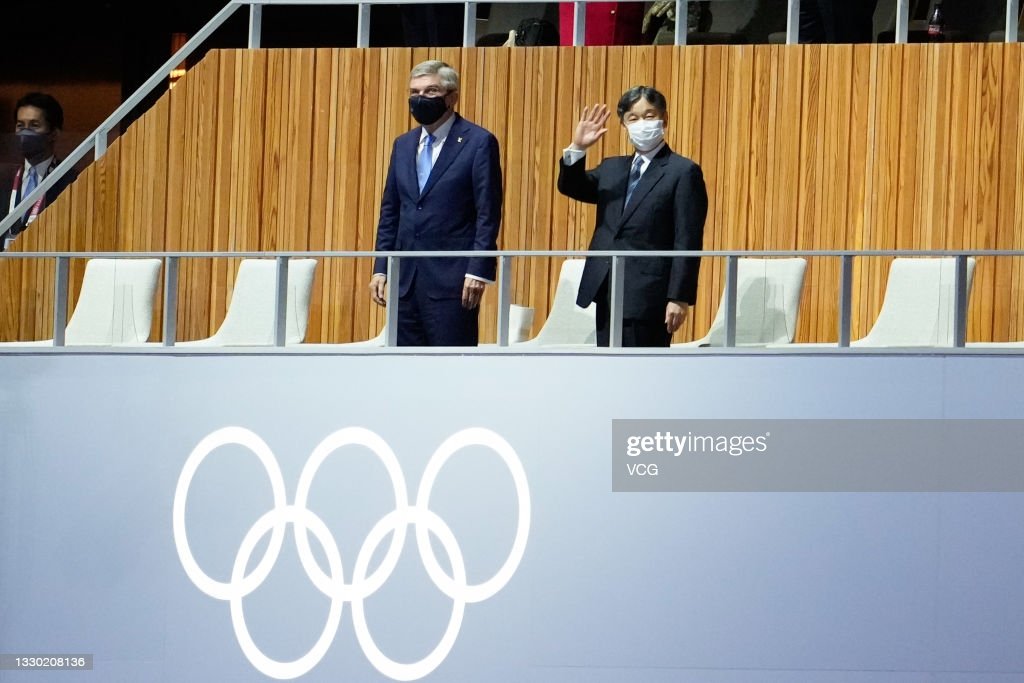 The conspicuous absence of the word “celebrating” in the Japanese version of Emperor Naruhito’s opening declaration for the Tokyo Olympics reflects a public deeply divided over whether the games should be going ahead amid the coronavirus pandemic.

The Tokyo Olympics games were Postponed by a year due to the outbreak of COVID-19, the Olympics officially began Friday in a no spectator ceremony at the 68,000-capacity National Stadium.

“I declare open the games of Tokyo celebrating the 32nd Olympiad of the modern era,” the emperor said according to the official English translation provided by the Imperial Household Agency.

But the 61-year-old emperor’s actual opening declaration in Japanese did not contain the word “iwai” usually used for “celebrating,” including by his grandfather Emperor Hirohito at the previous Tokyo Olympics in 1964.

Instead, it used “kinensuru,” which is closer in meaning to “commemorating.”

The switch was made out of consideration for people in Japan suffering under the health and economic consequences of COVID-19, said a source at the agency, with infections on the rise across the country and the capital under a state of emergency.

“The current situation does not allow for a celebratory tone,” the source said. 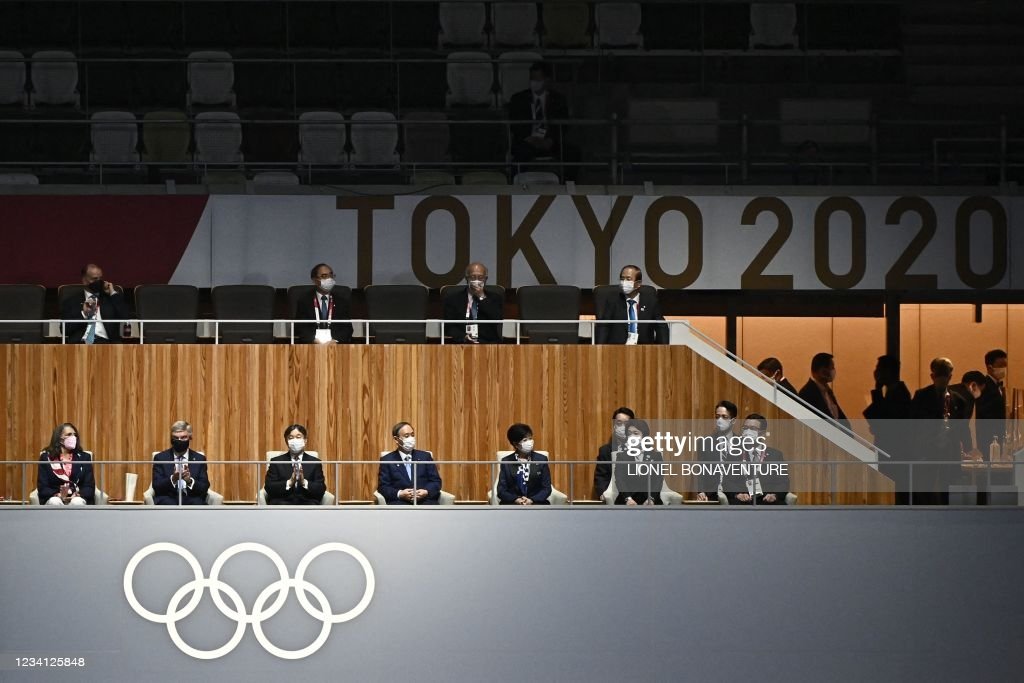 In the lead-up to the opening ceremony, officials at the agency had become increasingly conscious of the emperor’s mixed feelings toward the Olympics and Paralympics.

Grand Steward Yasuhiko Nishimura made headlines at home and abroad last month when he said the emperor appeared “very worried” about going ahead with the games despite the concerns of the Japanese public.

In a recent nationwide poll conducted by local news outlet, 71 percent of the respondents said they were looking forward to watching the athletes in action, while 87 percent voiced fears about the games triggering a surge in infections. 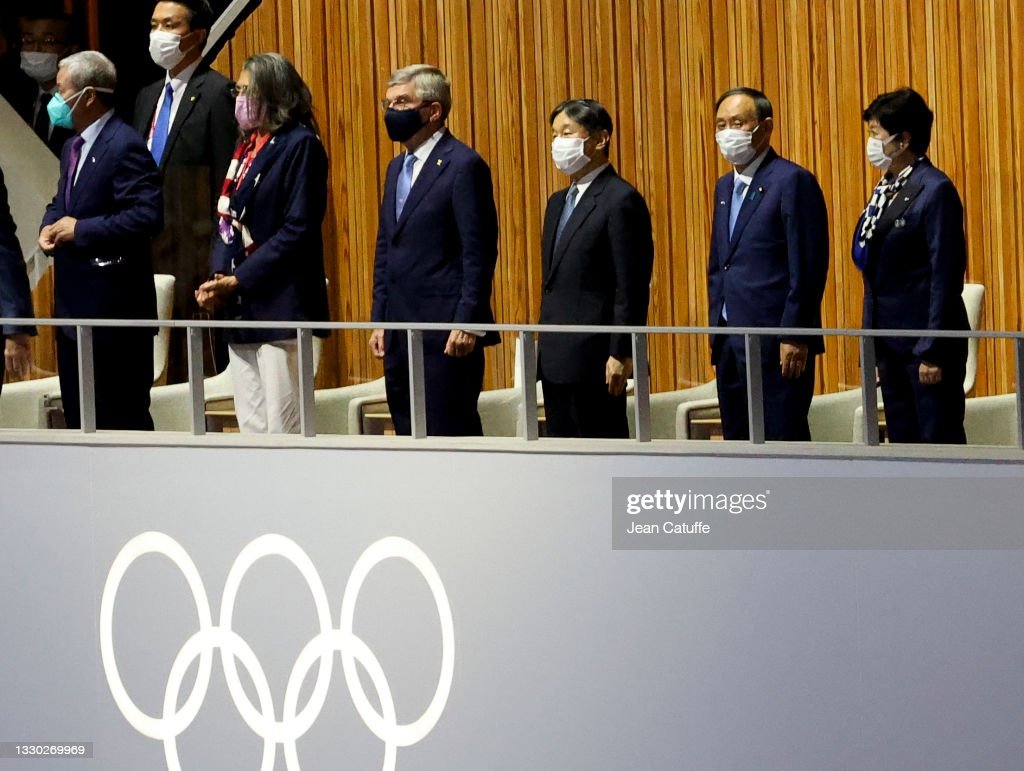 Prime Minister Yoshihide Suga, who faces a party leadership race and a general election this year, and is hoping the Olympics will help to shore up his flagging public support, quickly tried to downplay the comments as Nishimura’s personal view.

Under the current Constitution, the emperor is the symbol of the state and of the unity of the people of Japan and has no political power, rarely making public comments.

According to another government source, Deputy Chief Cabinet Secretary Kazuhiro Sugita, one of Suga’s closest aides, had pushed for the opening declaration to include “iwai” but was rebuffed by the emperor’s handlers at the agency.

To give the outward appearance of a festive mood, the English version retained “celebrating” in line with a template prescribed in the Olympic Charter.

Hideya Kawanishi, an associate professor at the Nagoya University Graduate School of Humanities who is an expert on the imperial family, said the opening declaration was carefully worded to reflect the emperor’s constitutional role.

“We can see there was a lot of consideration given to the fact that the Japanese people are divided over the Tokyo Olympics, and also to how it would be viewed overseas,” Kawanishi said.

Despite any reservations the emperor may have, it would have been virtually impossible for him to remove himself completely from the Tokyo Olympics. 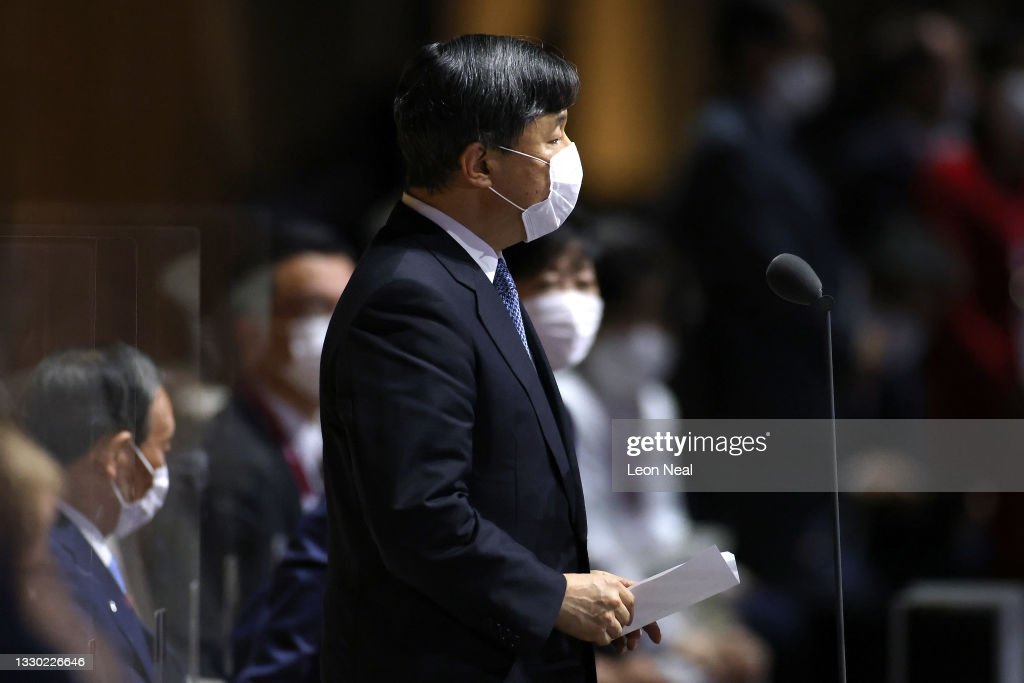 TOKYO, JAPAN – JULY 23: Emperor Naruhito, President of the Tokyo Olympic and Paralympic Games declares the Olympic Games open during the Opening Ceremony of the Tokyo 2020 Olympic Games at Olympic Stadium on July 23, 2021 in Tokyo, Japan. (Photo by Leon Neal/Getty Images)

The Olympic Charter states the games “shall be proclaimed open by the head of state of the country of the host,” and the emperor also serves as honorary patron of the Olympics and Paralympics.

But Yasuhiro Sakaue, a professor at Hitotsubashi University who has written extensively on the intersection of sports and politics, warned that if the games cause a spike in COVID-19 cases it could damage the integrity of the imperial family.

“He should have stayed away from the games. It would have been fine to break with tradition and have the prime minister make the opening declaration,” Sakaue said.