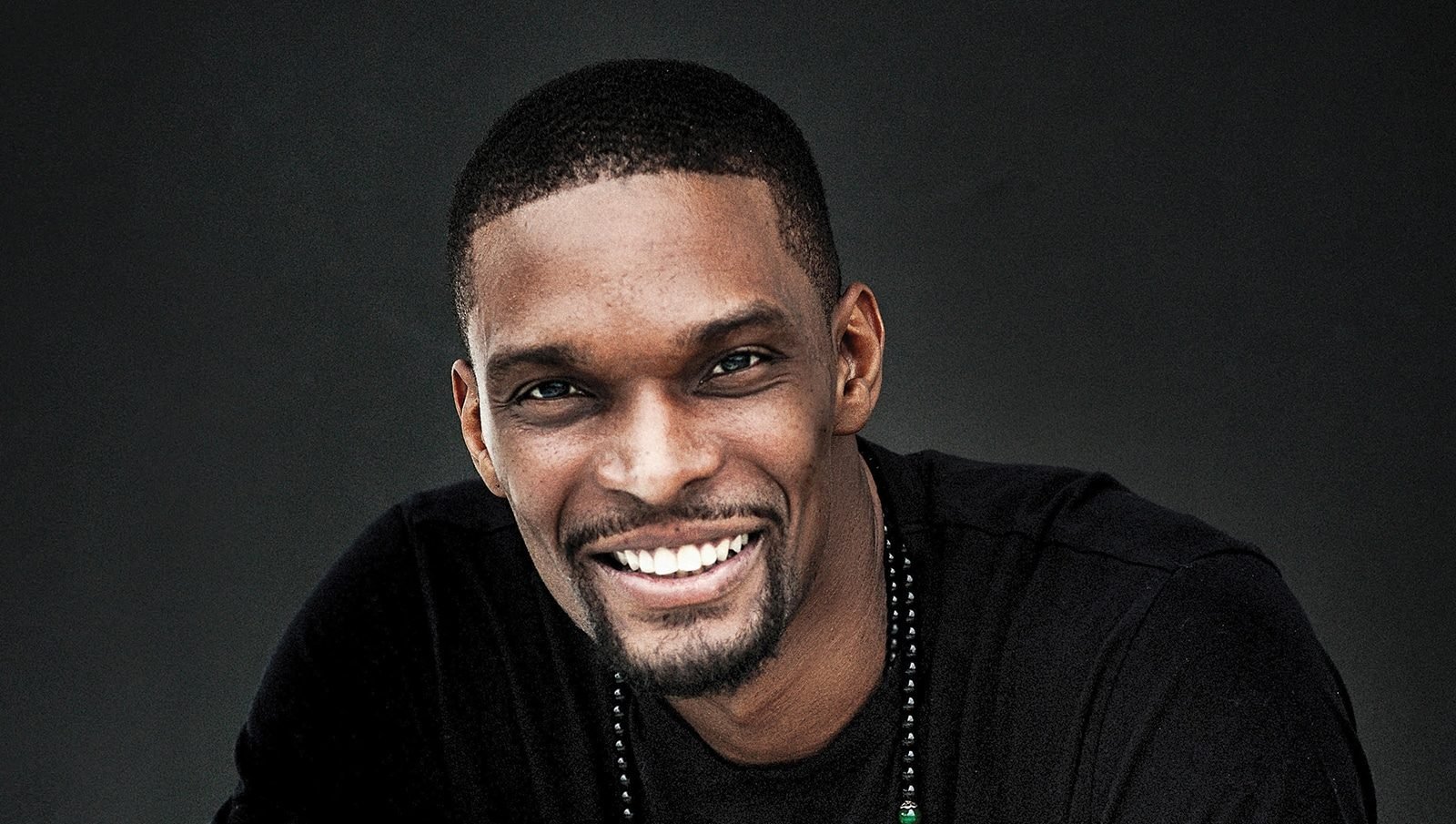 Chris Bosh was born on March 24, 1984. In Dallas Texas and started playing basketball while in Lincoln High School. He played his college basketball at Georgia Tech before getting selected in the NBA draft in 2003.

Bosh was selected 4th overall by the Toronto Raptors in the 2003 NBA draft and that is where his NBA career kicked off.

The 2003 NBA draft is considered by many as one of the strongest NBA drafts in the history of the NBA which included future All-Stars like Chris Bosh himself, LeBron James, Carmelo Anthony, and Dwayne Wade.

The 2003/2004 season was his first season in the NBA having signed with the Toronto Raptors on June 8, 2003. That season, Bosh averaged 11.5 points, 7.4 rebounds, 1.4 blocks, and 33.5 minutes in 75 games, leading all rookies in rebounding and blocks, and setting a franchise record for most rebounds in a rookie season with 557 rebounds. That season, Bosh was named in the NBA-All Rookie first team of the 2003/2004 season.

The following season, Bosh became a regular starter for the Raptors and he finished the 2004/2005 season as the leading scorer and leading rebounder for the team on 21 and 46 occasions respectively.

The 2005/2006 season was no different as Bosh as he went ahead to lead the team in scoring, rebounding, and field goal percentage for the first half of the season. That season saw him getting rewarded by a place in the 2006 NBA-All Star game that was played in Houston Texas. He represented the Eastern Conference as a reserve forward. With this selection, he became only the third Toronto Raptors player to make it into the All-Star game following Carter and Antonio Davis.

On July 14, 2006, Bosh signed a new three-year contract extension with the Raptors in a deal that was worth over $65 million. In January 2007, Bosh was named an All-Star Game starter for the Eastern conference in the 2007 NBA-All-Star game following a good run of performance with the Raptors.

This was his first All-Star start and second overall All-Star appearance, having averaged over 22 points and 11 rebounds in the first half of the season.

In February 2007, Bosh hit the headlines, and Raptors fans were all over shouting ‘MVP Bosh’ after a series of stunning solo performances by Bosh, including a career-high 41 points on February 7, 2007.

On March 28, 2007, Bosh became the new franchise record holder for double-doubles in a home win against the Miami Heat. He was named Eastern Conference Player of the Week for the third time in his career shortly after, having led Toronto to clinch a playoff spot for the first time in five years.

The Raptors went on to lift their first-ever division title that season and finished the regular season with a 47–35 record, including a 30–11 home record, both franchise records.

The 2007/2008 season was marred with injuries for Chris Bosh and he missed 15 games throughout the season, mainly due to injuries. Nevertheless, Bosh still made it to the Eastern Conference team of the NBA All-Star game.

Bosh again struggled with injuries in the 2008/2009 season but made a comeback in the succeeding season. In the 2009/2010 season, the Raptors started their campaign with a crucial win against the heavily starred Cleveland Cavaliers in which Bosh had a staggering performance scoring 21 points and recording 16 rebounds. He went on a tear, averaging 25.4 points and 11.9 rebounds in the first 16 games.

On January 3, 2010, Bosh signed himself as one of Raptors’ legends in their Franchise history when he overtook Vince Carter as Toronto’s all-time leader for total points scored in the NBA. Currently, he sits third in the log of Toronto Raptors’ all-time scorers after DeMar DeRozan who tops the log, and Kyle Lowry. 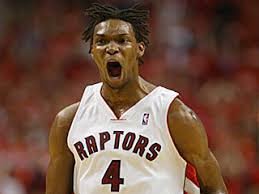 Chris Bosh during his times with Toronto Raptors. He is Raptors’ third all-time scorer in the clubs’ franchise history.
PHOTO: Courtesy

Despite getting the legendary status at Toronto, Bosh declined a new contract deal offer and became a free agent at the end of that season.

That year, 2003 draftees LeBron James and Dwayne Wade also became free agents and Miami Heats sneaked in to try and strengthen their squad with the All-Stars.

On July 10, 2010, Bosh signed with Miami Heats on a sign and trade which saw two 2011 NBA first-round draft picks to the Raptors.

At Miami Heats, Bosh teamed up with Dwayne Wade and LeBron James, and the trio was named ‘The Big Three’ because of what they offered Miami Heats in their times together.

In their first season, The Big Three led Miami to the conference finals in which they played against Chicago Bulls. Bosh played a vital role in that conference finals averaging 23.2 points in the 4–1 series win against the Bulls to send the Heats to the NBA finals, however, they lost the finals to Dallas Mavericks which became Dallas’ first-ever championship title.

They advanced to the NBA finals for the second year in a row, this time playing against Oklahoma City Thunder. The Heats won the finals 4-1, giving Bosh his first-ever NBA championship. In the decisive game 5, Bosh scored 24 points to seal the win for the Heats.

The following season, 2012/2013 season, the Heats again advanced to the NBA finals, this time playing against San Antonio Spurs. Bosh-led Heats won the finals 4-3 to seal their second NBA title in two years.

The following season, Bosh played in 75 matches, averaging 16.2 points and 6.6 rebounds per game. The same season, he hit a career-high 74 three-point shots on 33 percent shooting from beyond the arc. They again advanced to the NBA finals facing San Antonio Spurs once again but Spurs defeated the Heats in five matches to clinch the NBA title. 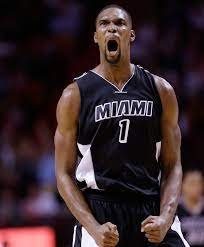 On June 2, 2017, the NBA ruled that Bosh’s blood clotting issue in what NBA termed as career-ending illness. The same year, Miami Heats retired his number ‘1’ Jersey.

He tried to make a comeback in 2018 but he struggled in matches, this forced him to officially announce his retirement on February 12, 2019, after 16 years of playing basketball in the NBA.

In his period as a Raptors and Heats player, Bosh cemented himself as one of the best to grace the NBA league and this made him get a selection into the Naismith Basketball Hall of Fame in 2021. He will be inducted into the Hall of Fame later in September this year.

In the 16 years, Bosh appeared in the NBA All-Star team 11 times between 2006 and 2016, appearing every year in between. He won the NBA two times in 2012 and 2013 with the Miami Heats. He also holds an Olympic Gold Medal which he won in the 2008 Beijing Olympics with the United States Men’s Basketball Team.