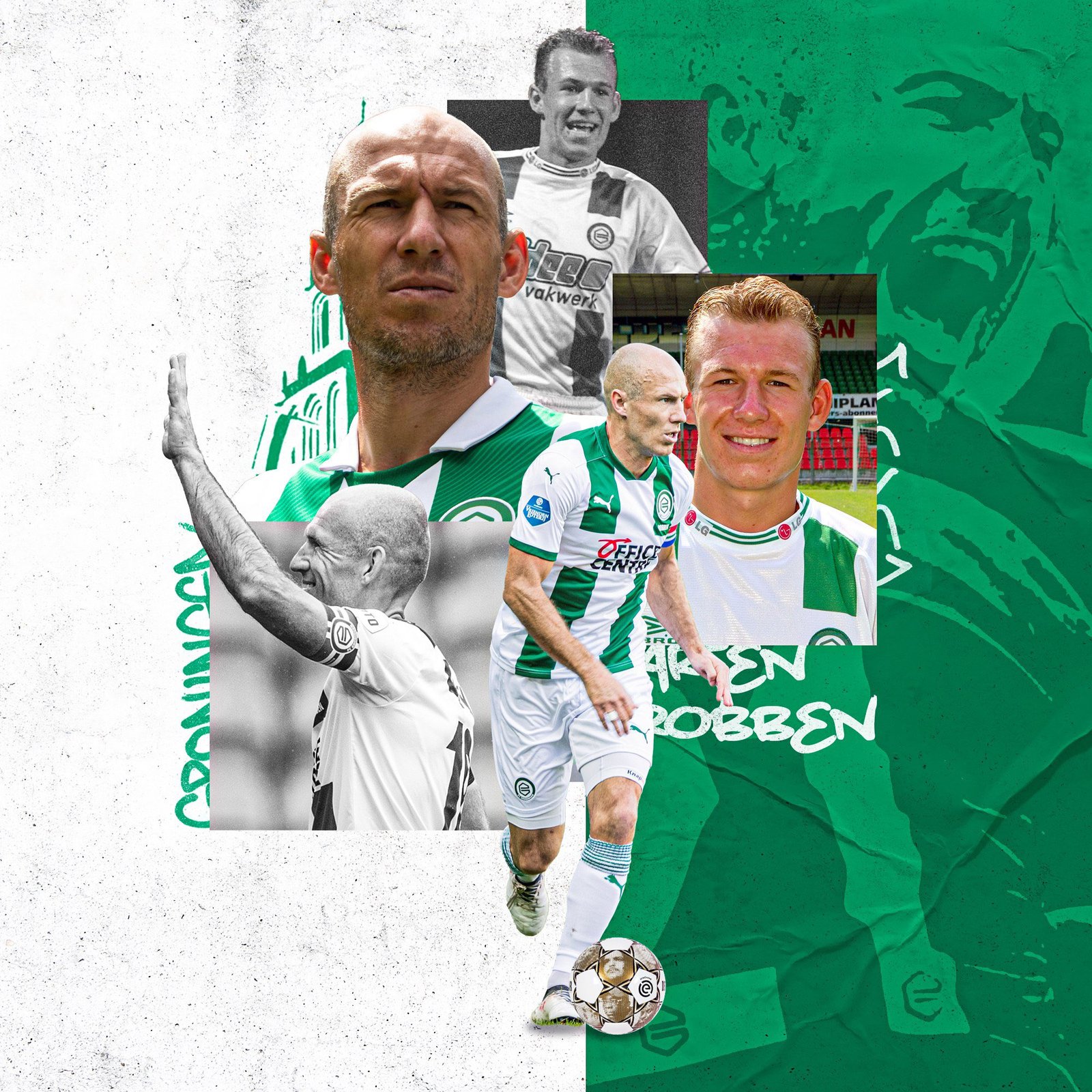 Arjen Robben who previously hanged up his boots in 2019 after his final season at Bayern reverted his decision a year later by returning to Groningen the club where he initially began his career in 2000.

Reports have it that the former Bayern Munich star was offered a one year deal with the Eredivisie outfit earlier this summer, but he chose to walk away from the game permanently after an injury-ravaged 2020-21 campaign. 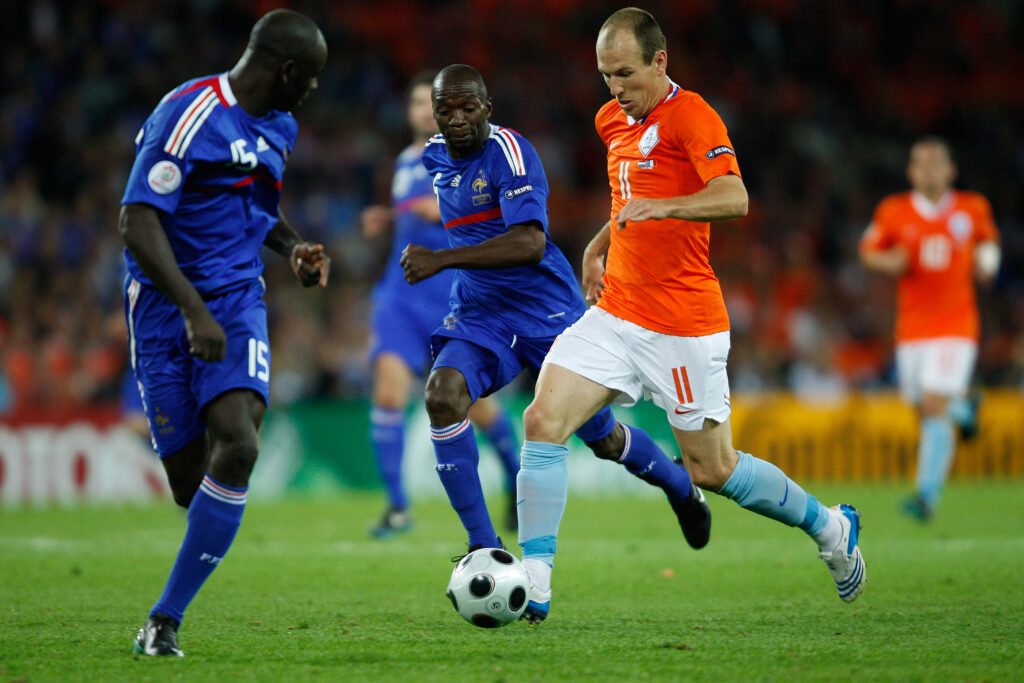 Taking to his social media account to announce this news in an official statement in a heartfelt statement Robben said “I have decided to stop my active football career. A year ago I announced my comeback as a FC Groningen player. I embarked on this adventure with great energy and enthusiasm.

“I only had to deal with physical setbacks quite quickly, which prevented me from playing matches for a very long time. After a long road of trial and error I finally managed to play the last games of the season.

“Looking back on the past season, I have to come to the honest conclusion that the number of match minutes was disappointing.

“I knew in advance that this could happen, but I took up the challenge and gave everything to make it work. And not only me, everyone within the club and in my immediate environment has helped and supported me at all times.

“I am also not unaffected by the warm reactions and support from all football fans.”

But he also remembered the dear fans who cheered him in and off the field saying;  “Dear football friends, I have decided to stop my active football career,” the caption on his latest Twitter post reads.

“A very difficult choice. I want to thank everyone for all the heartwarming support!

Robben has not had a a fruitful career ever since joining the Eredivisie side as his time there has been coupled with Injuries making only seven successful appearances to his name.

Despite the unfortunate nature of his final year in the professional ranks, Robben will be remembered as one of the best players of his generation after many years of tormenting opposition defenses with his raw pace and exceptional dribbling skills.

The Dutchman broke onto the senior stage at Groningen before being snapped up by PSV in 2002, and Chelsea came calling two years later after seeing him inspire the Eindhoven-based club to an Eredivisie title. 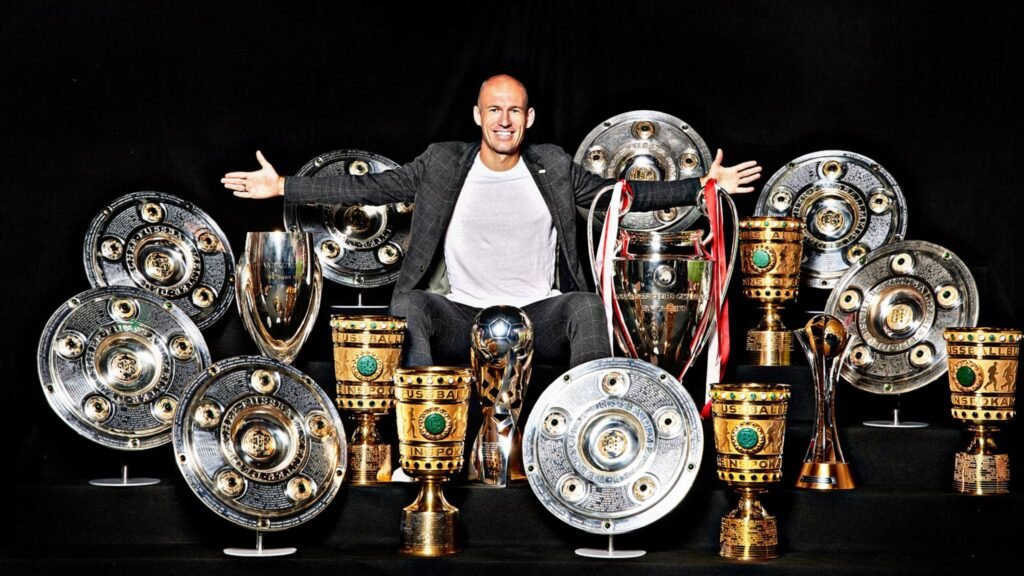 At Stamford Bridge Arjen Robben won six trophies tallying to seven to his collection which included two Premier League titles and the FA Cup, and netting 19 goals in 109 appearances for the Blues in total.

Spanish side Real Madrid would then sign him in 2007, winning a Laliga title and a Supercopa de Espana double in his first year with the Blancos, but was sold to Bayern after an underwhelming second season at Santiago Bernabeu.

Robben took his game to new heights at Allianz Arena, recording 144 goals over 309 matches while securing another 20 trophies, including a maiden Champions League crown and eight Bundesliga titles.

He also enjoyed an impressive international career, scoring 37 goals in 96 outings for the Netherlands and inspiring their run to the 2010 World Cup final.

We at SportsLeo wish Arjen Robben a happy retirement.