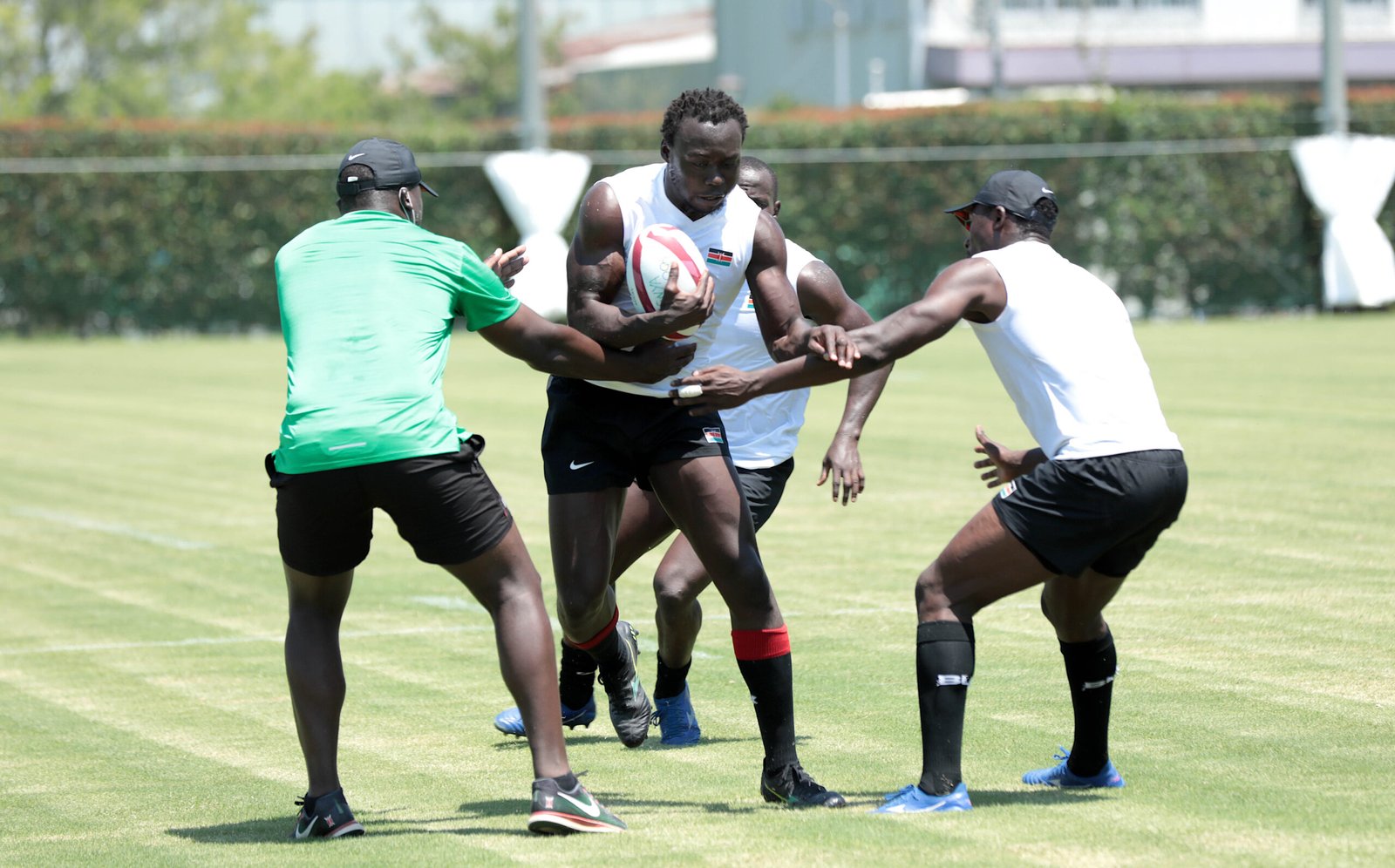 Experienced Kenya Sevens centre Willy Ambaka has urged the team to remain calm, composed and focused ahead of their Olympic Games opener against the United States on Monday in Tokyo.

The team held their first training session in the hot and humid Tokyo on Wednesday, a day after arriving from their pre-Olympic training camp in Kurume City and Ambaka says they are feeling good and ready for the challenge that awaits them.

“We are now close to the business end of things. We all know the Olympics is the pinnacle of all games. The boys are excited and we can’t wait to get the run out on Monday. We have an experienced squad, but we have to be careful not to let emotions get into us. We just need to stay calm and with peace of mind and just get the results out of Tokyo,” said the Russia-based Ambaka.

He is one of the four players in the squad who are making their second Olympics appearance, having been at the maiden event in Rio de Janeiro, Brazil in 2016. 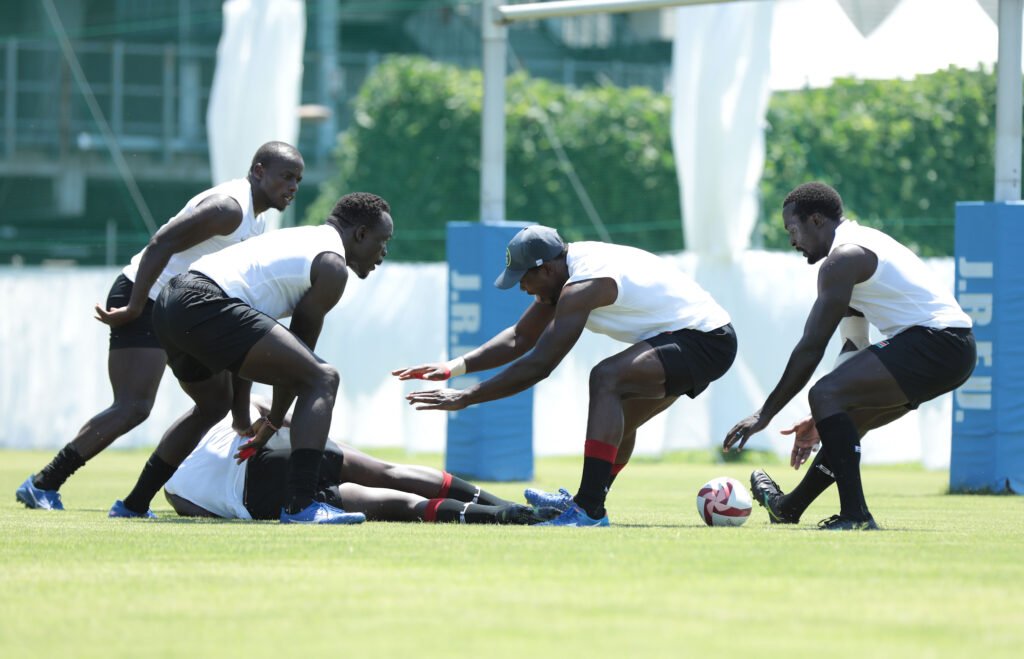 He believes their experienced, combined well with the hunger of the rest of the squad will be key for the team as they look to challenge for a medal for the first time at the Games.

“The process started way back in October and I am pretty sure that now is just polishing up and just ensure to stay hydrated, recover well and sleep well. We have put in the hard work and the boys are ready to face the world,” says Ambaka.

Meanwhile, Jeff Oluoch who will be making his debut at the games believes the team is ready, having performed well at the few training tournaments they played before travelling to Japan.

“There is a little bit of mixed feelings from a personal level. There is excitement, there is a bit of anxiety, a bit of nervousness, but the good thing is that we have the experienced guys, the cool heads that ensure there is not much press or excitement. That way they are levelling things and therefore making things easy for us,” said Oluoch on his debut at the Games.

Shujaa has been drawn in the same pool with continental rivals South Africa, the USA, coached by former tactician Mike Friday, and Ireland.

The team hopes they can manage to get off the group stages and dive into the Main Cup quarters to keep their medal dreams alive. 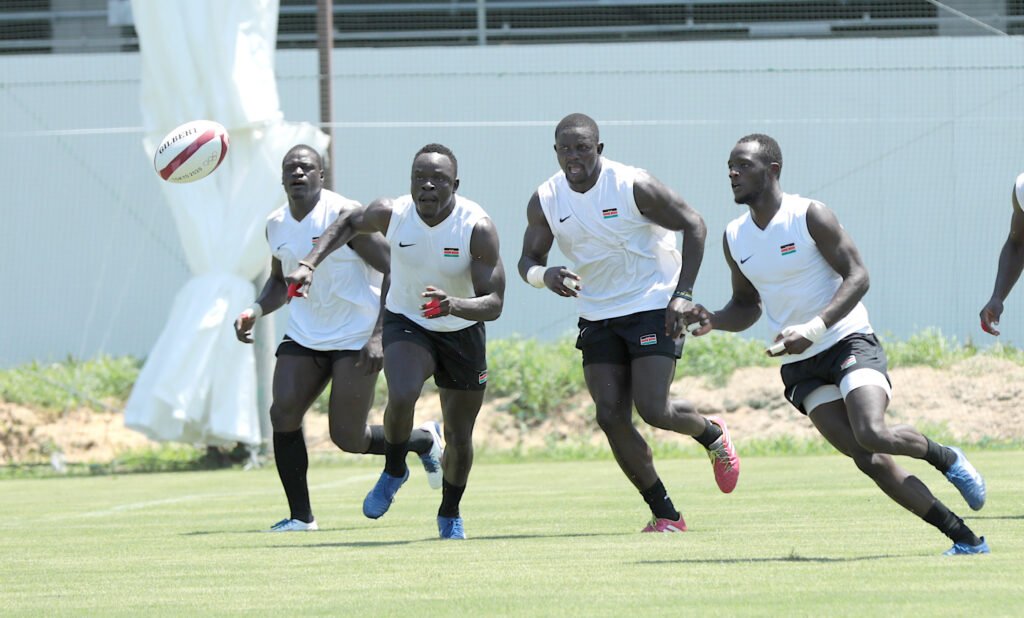 “It is an interesting pool. We know what they can offer and they also know what we can offer. So it will boil down to who wants it more. So, it is actually an interesting pool and talking from our perspective, the boys are quite excited. They are feeling the vibe and I am sure if the same is emulated on the field then we will get different results,” said Oluoch.

His sentiments were shared by Ambaka who added; “The target is to top the pool. I mean we have prepared well. I am pretty sure this is a competitive squad we have here. We just need to focus on ourselves first.  We have to be in the right mindset, getting the body to feel right and getting the little things right.”

“We have played against these teams before and have won against all of them. We just need to focus on ourselves, getting our bodies to feel right. I am pretty sure we will get some good results, come Monday,” he added.

The team is facing a tough tournament in Tokyo especially with the weather playing its role as well as the stringent measures put in place to avoid a possible outbreak of the coronavirus at the Games. 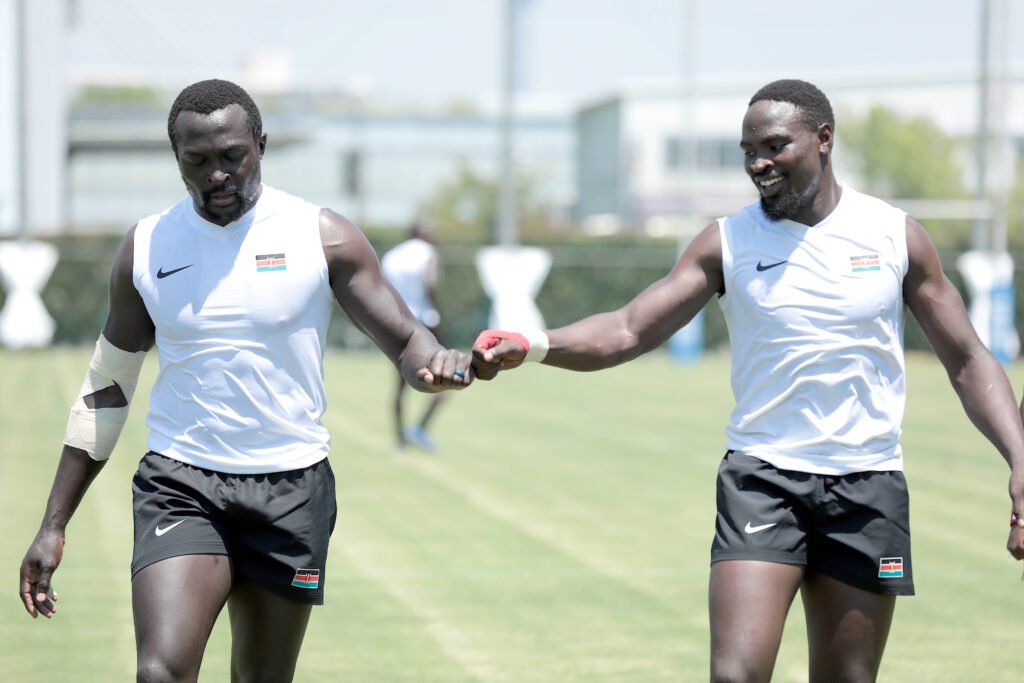 Tokyo is currently experiencing hot and humid conditions with temperatures sometimes soaring to up to 40 degrees. But, Shujaa is choosing to make lemonades out of the weather lemons.

“It is not as bad and I am sure the boys are loving it, to be honest. We have always complained of the cold weather. We thank the government and the National Olympic Committee for getting us here early to acclimatize and getting out bodies right; ready for the special occasion on Monday,” Ambaka said.

Shujaa will get into their second training session on Thursday, looking to firm up more areas to ensure they are ready for the medal hunt.