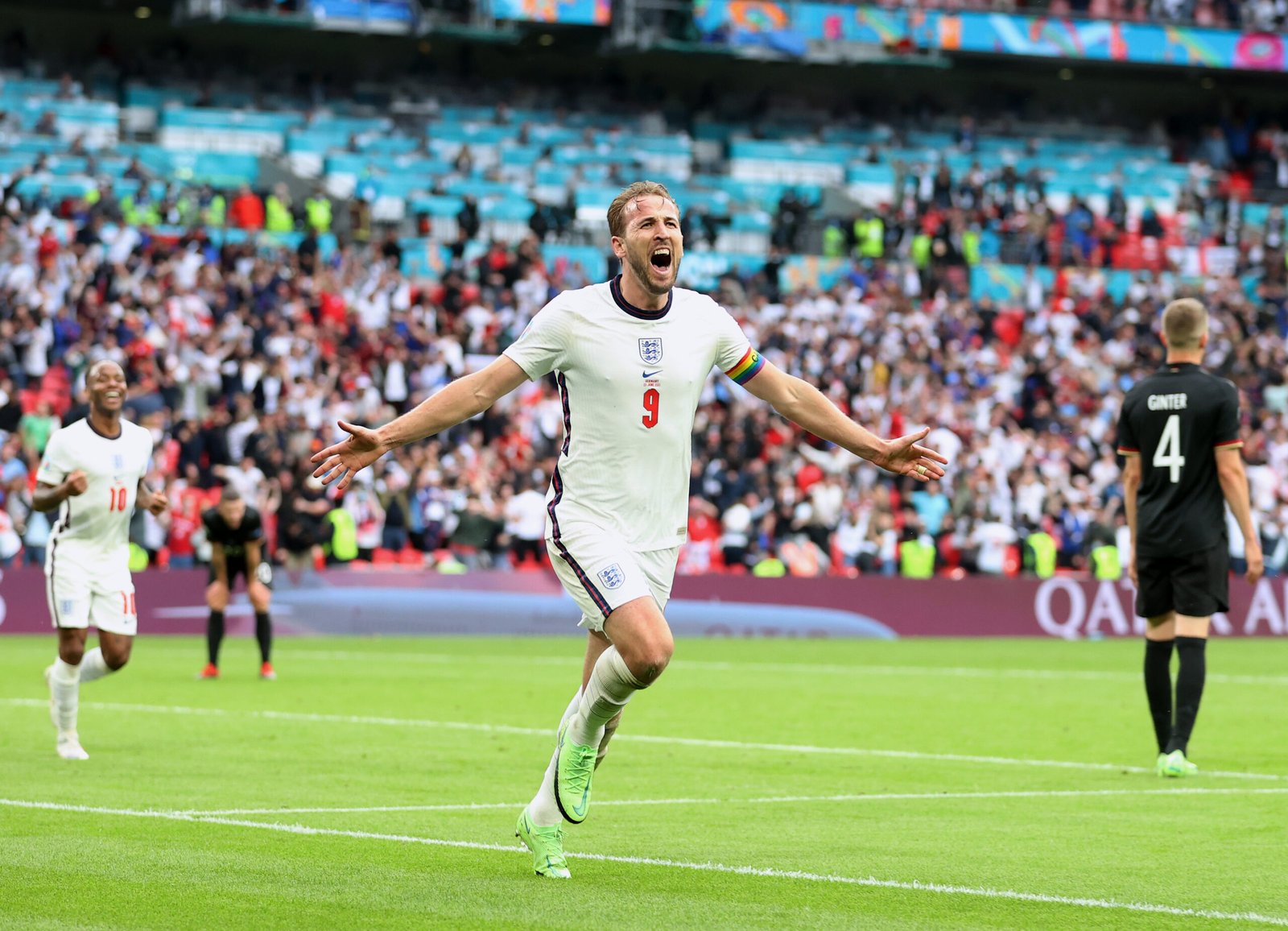 Brilliant Goals from Raheem Sterling and Harry Kane have sent England to the quarter finals of Euro 2020 after beating Germany 2-0  at Wembley.

England and Manchester United defenders were so much brilliant producing finer results. Just weeks after missing the Europa League final, Harry Maguire slotted straight back into the England side helping the Three Lions beat Germany 2-0 to reach the last eight of Euro 2020. Even more impressively, he’s been named as the game’s outstanding performer after a composed, brave display at the back. 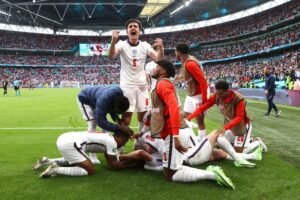 The visitors controlled much of the ball in the opening ten minutes, but it was Raheem Sterling who had the first chance, with Manuel Neuer pushing away his shot from distance.

Timo Werner then had a wonderful chance, after he rolled his shot straight at Jordan Pickford when one-on-one.

The goals came in the last 15 minutes of an otherwise lack-lustre game that saw both teams share possession in the midfield.

For England, the victory comes as sweet revenge for the Euro 96 defeat to Germany on penalties. England’s coach, Gareth Southgate had been in the 1996 squad and lost a crucial penalty that paved way for the German victory.  And, like in 1966, Manchester United players were at the heart of their effort. Luke Shaw had a superb second half, putting the opening goal on a plate for Raheem Sterling, while Harry Maguire was a colossus at the back throughout.

Sterling scored on the 75th minute after tapping in a cross from Shaw. Kane sealed Germany’s fate on the 86th minute after heading in a Grealish cross past Manuel Nuer. 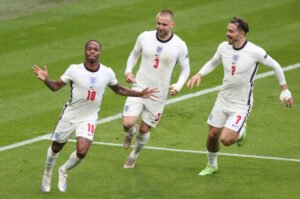 Speaking after the game Sterling did not hold himself back saying that; “We knew we needed to put a big performance in against a very good German side and I thought we’ve done that today, “Scoring for your country is always special and it’s definitely a special moment for me.

After scoring just twice in his first 45 England matches, Sterling now has 15 goals in his last 20 games for the Three Lions.

Germany’s exit means that none of the teams that qualified from what was described as the group of death Portugal, France, Germany and Hungary made it past the Round of 16.

England will now play against Ukraine, who won 2-1 against Sweden.