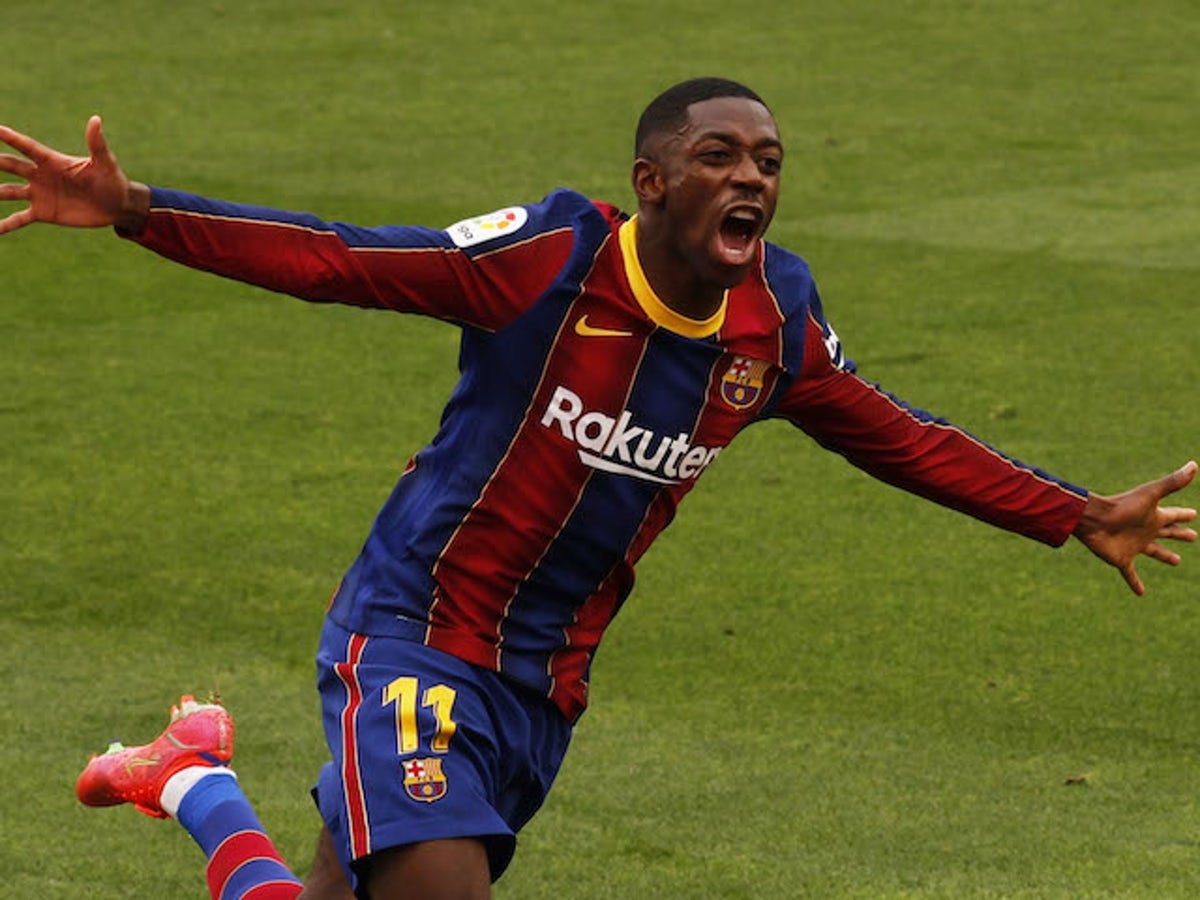 Late Ousmane Dembele decisive goal winner at the stoppage time against Real Valladolid on Monday fired spain giants Barcelona to within a point of Atletico Madrid ahead of next weekend’s El Clasico in La Liga.

Atletico madrid was defeated by Sevilla on Saturday narrowing their chances of winning the Laliga title. The game started all well until Oscar Plano of Valladolid was harshly sent off with 12 minutes left and Dembele snatched a 1-0 victory.

His strike could prove a crucial moment in the Spanish title race, with Barca now breathing down Atletico’s necks ahead of Saturday’s meeting with Real Madrid, who are three points off the top.

If Ronald Koeman’s men win at Valdebebas, they will claim first place for 24 hours at least, before a depleted and deflated Atletico play away at Real Betis on Sunday.

It was indeed a no game for the strong or the giants Barcelona as many would have thought , Valladolid was well determined to win the game, they frustrated Lionel Messi side Barcelona with Messi delivering firm words to his team-mates in the tunnel at half-time.

“We have to step it up a gear, we have to play with more rhythm,” Messi said. “If not it’s going to get complicated for us.”

If Plano had not been shown a red card after hacking Dembele from behind, it was almost going to end a draw, as both teams pressed and played so much well in defensing, hence the red card gave Barca an advantage to secure all points.

It was Barcelona’s sixth win in a row for the Laliga competition this season particularly after an unconvincing performance enhancing the sense that momentum now lies with Atletico’s rivals.

Defeat also compounded what Valladolid coach Sergio admitted on Sunday had already been a week of upsets after five of his players tested positive for COVID-19, leaving him without 12 players, with six others injured and one more suspended.

It was a fateful night also for Barcelona Striker Lionel Messi as he was presented with a framed shirt before kick off on the pitch after breaking Xavi Hernandez’s appearance record for the club. Messi passed Xavi’s previous record of 767 appearances last month, with this his 769th appearance.

Valladolid were not just able to compete in the first half, they were probably the better side and could have led when Kenan Kodro’s early header struck the bar.

Dembele broke through and dragged back for Messi, whose shot was blocked, while Pedri’s long-range effort fizzed through and came back off the post.

But Barcelona were flat, their passing predictable and there was concern in Messi’s voice when he told his team-mates to find a different gear in the second half.

Valladolid were almost undone by a Messi through ball for Dembele, who held his run but could not finish before the leaping Antoine Griezmann headed the rebound wide.

Barcelona looked more dangerous on the break than in possession and they were lucky to escape a penalty when Oscar Plano poked the ball onto the outstretched hand of Jordi Alba.

But Barca’s biggest boost came 12 minutes from the end, when Plano was sent off for chasing Dembele back and tripping the Frenchman from behind. A yellow card seemed the more obvious decision.

Trincao went close and the winner came in the last minute as Frenkie de Jong’s cross was flicked to the back post by Ronald Aruajo. Dembele was free and lashed into the corner.