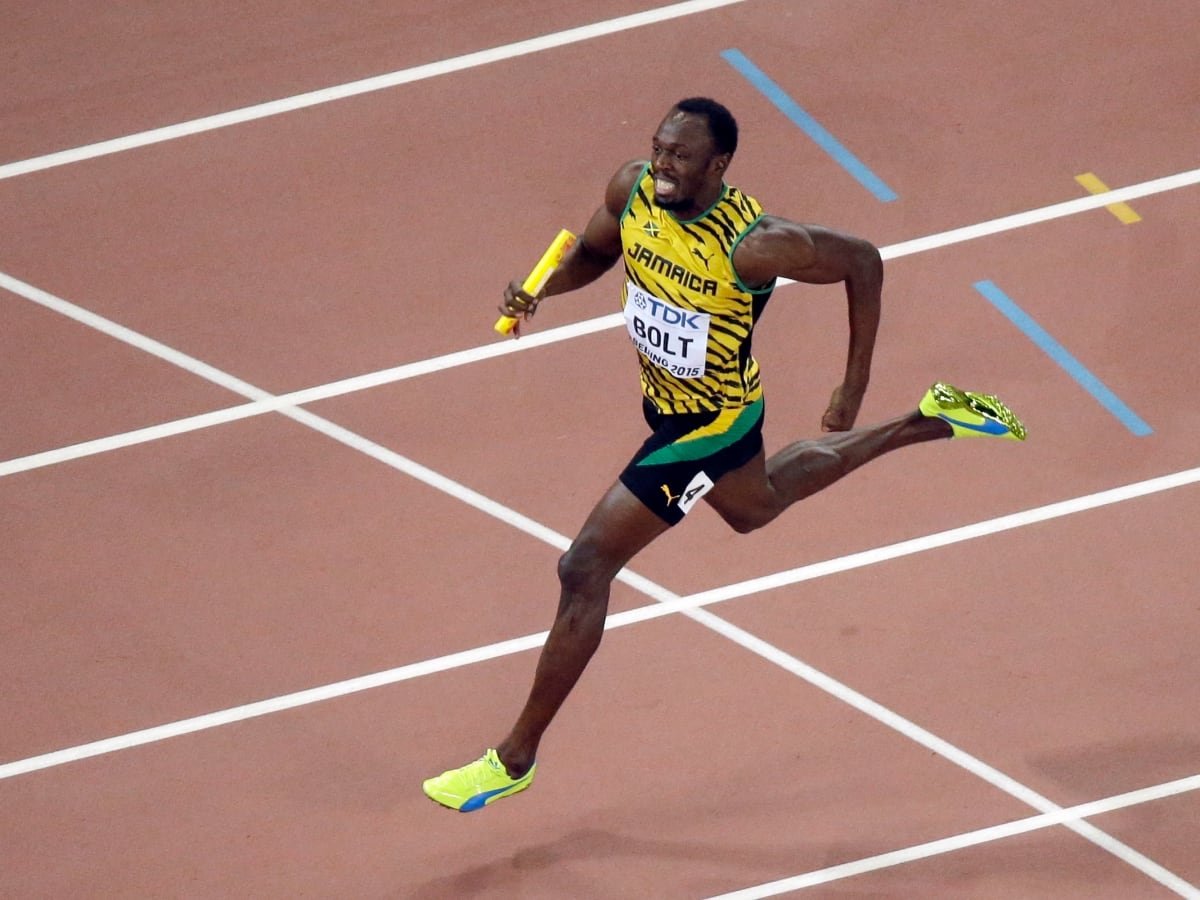 Usain St Leo Bolt is a retired Jamaican greatest sprinter born on 21st August 1986 in Sherwood Content, Jamaica. He grew up as a sports-enthusiast kid mostly doing well in football and cricket.

His parents are Wellesley Bolt and Jennifer Bolt. He has two siblings, a brother Sadiki and a sister Sherine

Bolt schooled in Waldensia Primary school and by the age of 12, he had become the school’s fastest runner.

Bolt retired after the 2017 World Championships in August. He won nine Olympic medals by the time he was retiring whereby one was vacated when his Jamaican relay mate failed a drug test.

His swiftness in the field earned him a nickname ‘Lightning Bolt’. He made an improvement upon his second 100m world record of 9.69 with 9.58 seconds in the year 2009, which was the biggest improvement since the commence of electronic timing.

Bolt is currently ranked at the 45th position by the Forbes Magazine list of the world’s 100 richest athletes. His net worth is approximated to be $90 million.

Bolt’s main source of income is believed to be generated from endorsements.

He allegedly earned $20 million per year during his sprinting period.

Bolt is one of those athletes that have managed to bag big endorsements, one being a brand ambassadorship with the world’s renowned sports footwear and apparel company PUMA.

This is the biggest endorsement for the Jamaican sprinter in which he used to earn about $10 million every year. After his retirement, Bolt still receives $4 million annually.

He has also endorsed huge brands like All Nippon Airways, Visa, Gatorade, Hublot, and Virgin Media. He also makes an appearance in the famous mobile game dubbed Temple Run 2.

Bolt has engaged in various entrepreneurship deals one being opening a Track & Records restaurant in Jamaica.

He also has a contract in place for 10-15 restaurants in the United Kingdom, whereby the flagship one was opened in the year 2018.

Bolt has the heart to help and this resulted in establishing a Small Steps Project which made infrastructure for a charity named Usain Bolt Foundation. The foundation’s vision is the creation of opportunities through education and cultural development for a positive change.

The mission of the Usain Bolt Foundation is; dedicated to the legacy for happy children; to enhance the character of children through educational and cultural development, as they live their dreams.

The foundation promotes values such as; Healthy and safe environment, effective use of a recreational facility, stewardship, responsible use of financial resources among others.

Bolt has also offered a helping hand in Soccer Aid for UNICEF which raised money for children in need.

Bolt is married to one wife by the name Kasi Bennett and they are both blessed with one daughter, Olympia Lightning who was born on 14th June 2020.

Bolt is a fan when it comes to living a lavish life. He owns expensive luxury cars such as Ferrari 458 Italia, Nissan GT-R, Ferrari F430 Spider and BMW M3.

“Bolt rents a mansion in the north of Sydney inside the luxury Point Frederick’s exclusive Araluen apartments. The mansion included luxury amenities like a Jacuzzi, a garden with a view of Brisbane Lake, a modernized kitchen and five bedrooms. The master bedroom has an ensuite bathroom and a balcony which connects to a garden with a heated spa. Bolt also owns a house back in Kingston, Jamaica.”

Bolt has managed to pull a massive following on his social media handles. He has 10 million followers on Instagram and 4.9 million on Twitter.