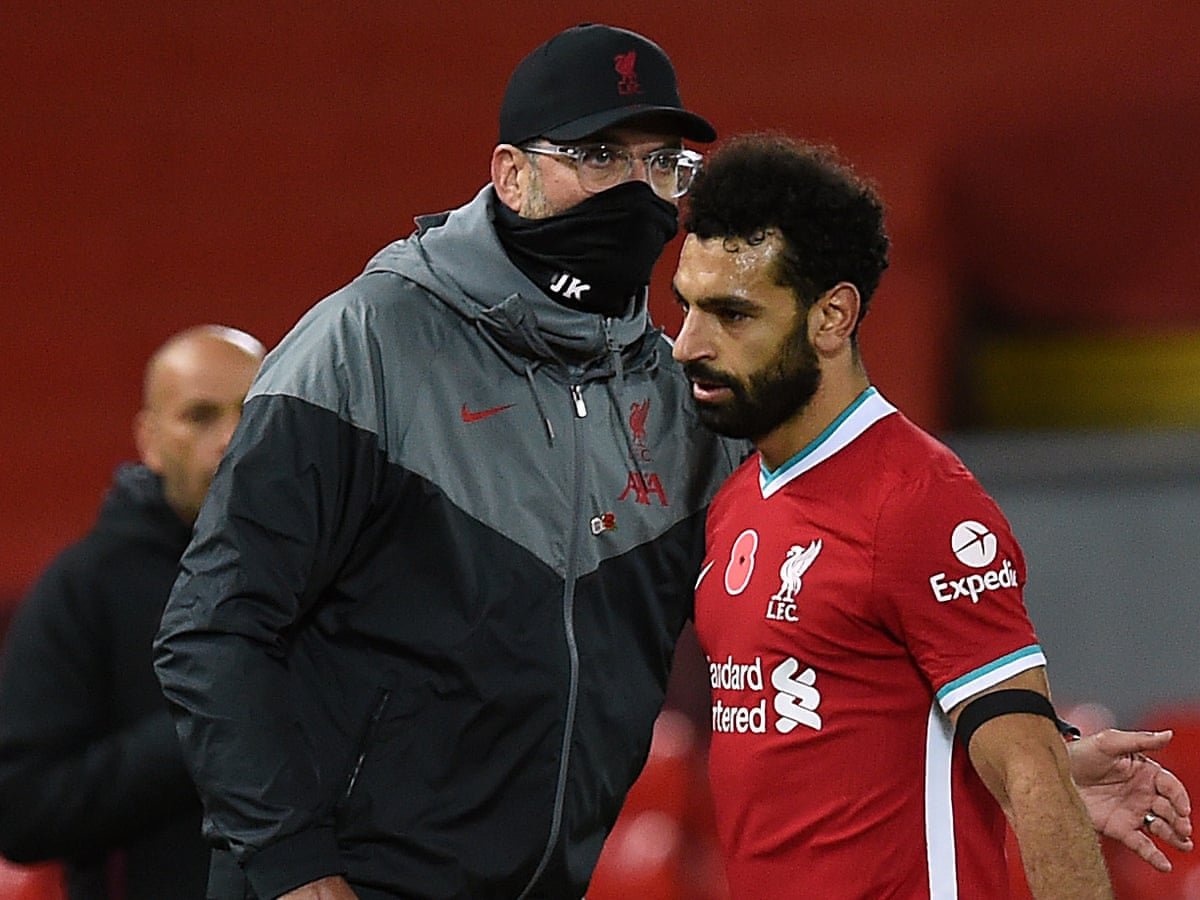 Liverpool manager Jurgen Klopp is confident that failure of his club to make it to the Champions League football next season his top strikers will not feel the pressure of leaving the Club.

Liverpool have spent eight seasons in the Champions League out of ten seasons from 2001-02 season, spending six campaigns from 2010-11 either in the Europa League or out of Europe completely.

Liverpool currently is seventh placed in the table after enduring an historic five successive losses at Anfield giving them a hard fight to claim a top four finish to book a place in the Champions League football.

It seems an incredible fall from grace for a side, who in 2019, also won the Champions League for a sixth time in 2019.

Failure to make it to the Champions League football would affect the Reds Financially on top of the ongoing effects of the coronavirus pandemic.

Champions League football being the biggest competition every club fights a position in to play could also affect Liverpool’s squad composition both in the transfer window and the players that may want to leave.

However, Jurgen Klopp has come out firmly to dismiss those claims. Klopp is believed to have sent a message to Egyptian International Mohamed Salah on Friday has since struck a hard line to players whom Champions League was a priority.

“I know we have loyalty from the players. It is not a situation where a player in the squad says, ‘We are not in the Champions League so I have to leave’. That will not happen. I know them well enough to know that,” Klopp said.

“The club is in a different situation and it will not be an issue with new players I can say that.

“We said it years back if a player does not want to come to us because we don’t play Champions League next season then I don’t want him.

“And if a player wants to leave because we don’t play Champions League then I don’t want him. It is not a personal thing, but it is always like this

“You always need to find the right squad for the challenges you face. Then you go for it. It is nothing I worry about.”

While the Reds boss is not considering the prospect of failing to qualify for Europe’s elite competition this term, he insists Liverpool will not return to the wilderness years of the early part of the last decade.

Liverpool are holding a 2-0 lead heading into their last-16 second leg tie against RB Leipzig next week.

Klopp sought to calm fears missing out this season would be the precursor to another long absence.

“This club will not be a regular out of the Champions League – this year is difficult we know that, but the potential and the power of the club is a completely different one,” he said.

“I do not know the team 10 years ago but we are ready for a battle in this era, and with the team we have together.

“Seasons have momentum and we never really got it this year, that is true, but this club is in a really good position.

“In a difficult time obviously, but in a better position than other clubs I would say.

“I obviously did not think about what happened in the past but what I can say nobody has to worry about the future of the club because it is in good hands and has a really good team together, and so that is obviously the basis for a good future.”